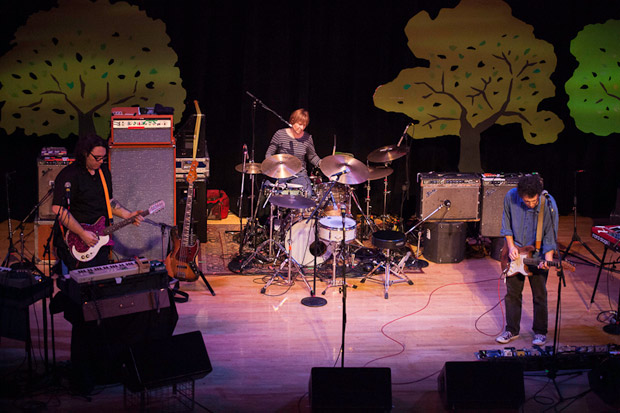 Town Hall is located on 123 West 43rd Street, Manhattan, between Sixth Avenue and Broadway.  Right in the Theater District, it was built in the early twentieth century by a suffragist movement, and holds lecture speakers, Broadway plays, classical performances, and more, as well more traditional concerts.  Events are held there both through Town Hall itself, as well as being booked by Bowery Presents.

A seated venue more in line with Radio City Music Hall six blocks to the north than Terminal 5 well to the northwest, Town Hall has a main lobby, before passing through doors to the stage floor, or up stairs and through doors for the large balcony.  The stage itself is remarkably close to the crowd, not that high off the stage floor, with seats that run right up to the lip of the stage.  Designed for a ‘democracy of view’, there are no box seats, and likewise no obstructed view seating; combined with it being a seated venue, the view itself it quite strong.  The acoustics are strong, though they rely more on the building’s design than its sound system, and the lighting is similarly old-fashioned theater lighting, without capacity for special effects.  The bathrooms lie down the stairs, and there is a bar in the main lobby (it has been updated to allow one to bring drinks to the seats, albeit put in a coffee container-like mug, and they’re expensive).

Regular concerts are held infrequently at Town Hall, and they tend towards the older artists and crowds, as well as more towards the singer/songwriter plus backing line-up than your standard band (the Bowery Presents shows do tend younger, but are still probably the oldest-skewing events in the Bowery Presents line-up).  It has the positives and negatives of any seated venue: you can’t dance or worm your way to a great spot, but do have a great view and aren’t squeezed (and, on non-sold-out nights, one can try to sit in better, unoccupied seats – though they do check your ticket before letting you into the stage floor area).  A classical, older-style venue that doesn’t apologize for what it is or try half-measures to change itself (no unseated pit, like at Madison Square Garden, Theater at MSG, or Hammerstein Ballroom), it gives a classical style of performance. 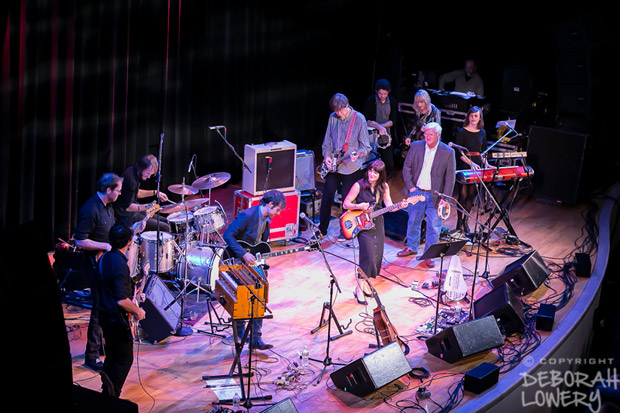 Bell Orchestre : As Seen Through Windows