<div> <a href="features/features/treasure_island_2009_preview/"><img src="http://www.qromag.com/wp-content/uploads/2009/10/treasurepreview09.jpg" alt="Treasure Island 2009 Preview" /></a> </div> <p> The past couple of years have seen alternative music festivals blossom all over the place, and even though... 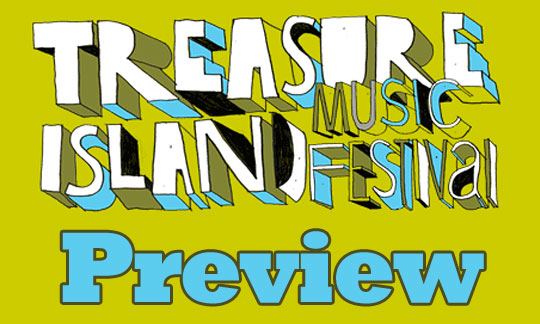 Now in its third year, the two-day festival, October 17th & 18th, has kept its two hallmarks:

First, there’s the location, Treasure Island in San Francisco Bay, an artificial island built in the middle of the San Francisco-Oakland Bay Bridge for the 1939 World’s Fair.  Originally planned to become an airport terminal, it instead served as a navy base during WWII.  The late eighties saw it become a film lot, including portraying Nazi Germany’s Berlin Airport in Indiana Jones and The Last Crusade, as well as hosting the initial ‘bullet-time’ camera set-up for The Matrix (it was also the site of Nash Bridges & a number of Robin Williams movies, but don’t hold that against it…).  Though it still does some film work (including NBC’s new Trauma), in 2005 the island began redevelopment as an eco-friendly, self-sustaining city, including wind & organic farms, and a plan to go ‘car independent’ – so take the ample public transportation to the music festival.

The other aspect that really makes Treasure Island Music Festival stand out is how the two days are set up: Saturday’s for dance & electronica, while Sunday’s for indie-rock, allowing fans to only pay for what they want, or get a healthy dose of both.  The festival is divided between two stages like a New York commuter, ‘Bridge’ & ‘Tunnel’, but bands don’t overlap.  Instead, while one act is playing, the other it setting up, letting the crowd see everyone performing – with no waiting!  And here’s who’s hitting up Treasure Island 2009:

The Seedy Seeds : Count the Days