Truck Festival is now in it's 15th year, starting in 1998 on the working Hill Farm, it has attracted a mix of indie and folk with a spattering of... 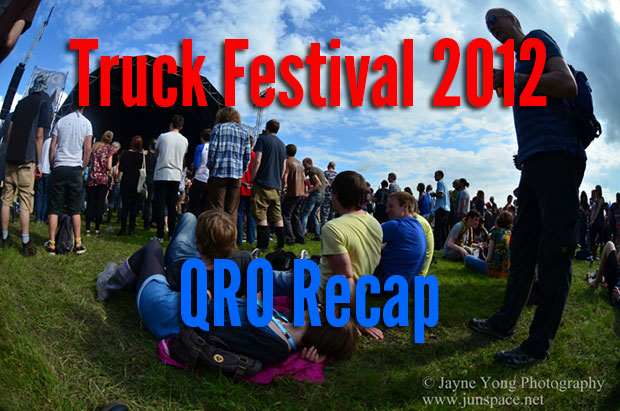 Truck Festival is now in it’s 15th year, starting in 1998 on the working Hill Farm, it has attracted a mix of indie and folk with a spattering of dance and hardcore for good measure.  Growing over the years, its 15th anniversary on Friday & Saturday, July 20th & 21st, saw a pared down version of the larger scale festival held last year. 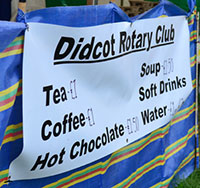 The three stages were all close to one another, reducing the amount of mad dashes from one side of a field to another.  In addition to the three music stages, there was a children’s activity tent and a theatre tent, as well as the obligatory stalls selling hemp clothing and the like.  The relative smallness of the festival, a capacity of 5,000, made it feel almost like a village fete; the atmosphere was family-friendly and the Rotary Club provided the food.  This all made Truck a very laid-back experience, the perfect environment to enjoy the variety of music it has to offer. 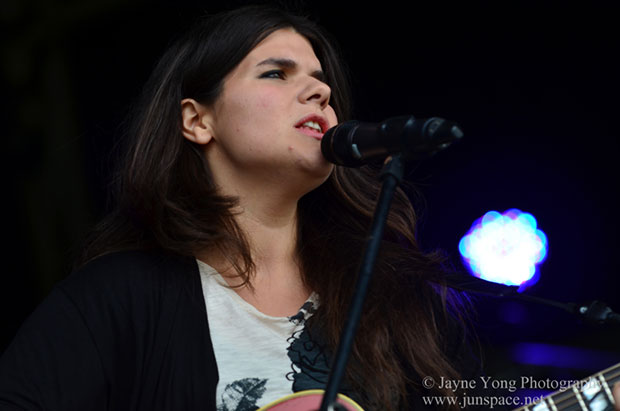 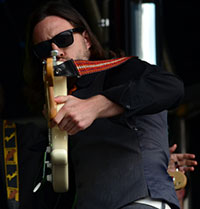 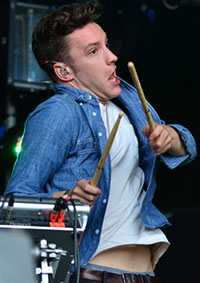 Early on Friday the main stage played host to the folk stylings of Michelle Stodart, who’s gentleness allowed a seated crowd to nod appreciatively.  This was followed by Vadoinmessico, a multi-national, Vampire Weekend-esque group whose summery sound and high energy was perfect for the sunny weather.  Over in the barn stage (an actual 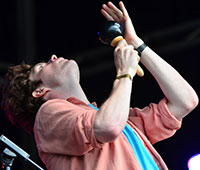 barn with all the smells that brings with it), a younger crowd had amassed to see local band, Dead Jerichos.  The band’s energy showed 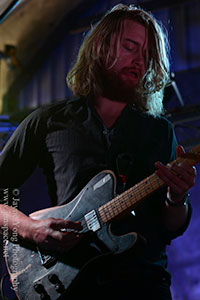 distinct promise; the songs were slightly repetitive but good fun nonetheless.  Next on in the barn was John J Presley with some good old-fashioned rock and roll.  His gravelly voice and dirty riffs may have been a bit inappropriate for an afternoon slot, but Presley and his band played solidly.  Back over on the main stage Federation of the Disco Pimp (definitely winning the best band name award) played some brassy funk to get hips twitching.  When Fixers took the stage, their performance was initially marred by technical difficulties, but these were sorted allowing the band to play on, at which point it became apparent that lead singer, Jack Goldstein, had maybe been having a bit too much fun before coming on stage.  Their tracks are incredibly danceable; it’s a shame they didn’t pull it out of the bag for this appearance.  They have since apologized on their Facebook page. 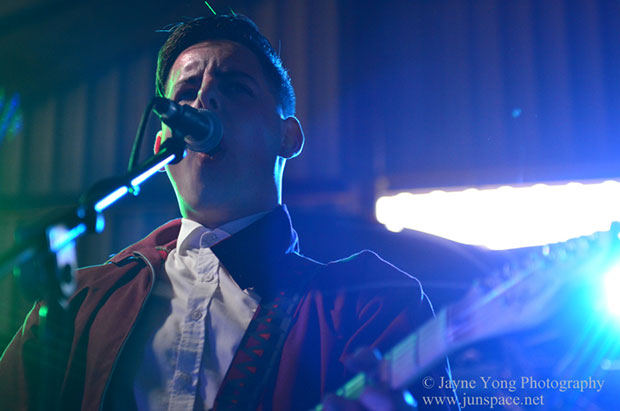 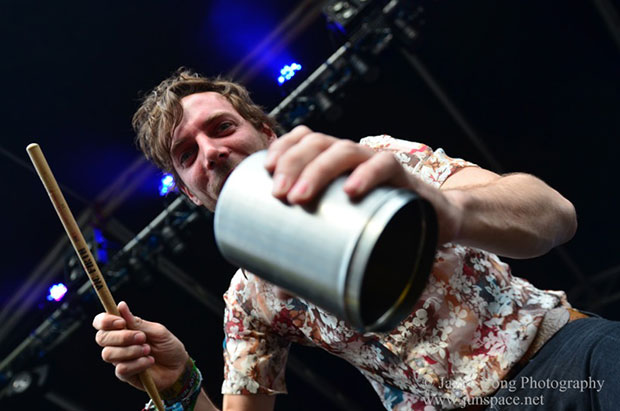 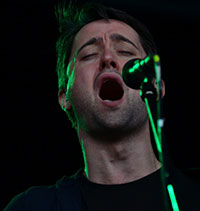 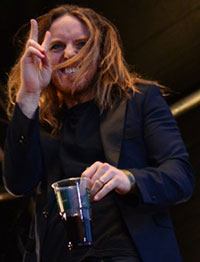 Evening on the main stage brought the much-anticipated Clock Opera, reminiscent of early Metronomy.  Then things slowed down for the beautiful songs of Villagers , who played an amazing set filled with the dreamy folk that has speedily brought them a large fan base.  Evening on the barn stage saw electro trio Brontide bring some low-fi atmosphere to proceedings.  Their 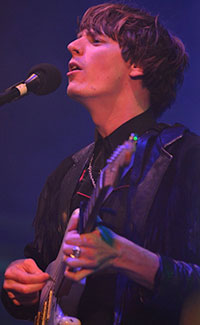 music is simple but this was 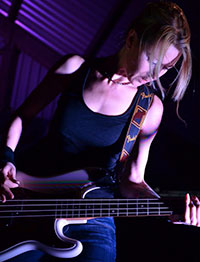 definitely more atmospheric then derivative, as they played a very polished set and are definitely a band to keep an eye on.  Headliners on the barn stage were Future of the Left, mixing things up with their post-hardcore, electronic high energy.  The mosh pit was on fire and the whole crowd loved the set, which was over far too quickly.  On the main stage, Tim Minchin played his Marmite brand musical comedy before headliners Mystery Jets did a great set of indie pop.  Although perhaps an unusual choice to headline, they earned their stripes by playing with enthusiasm and bringing a whole heap of fun to the stage. 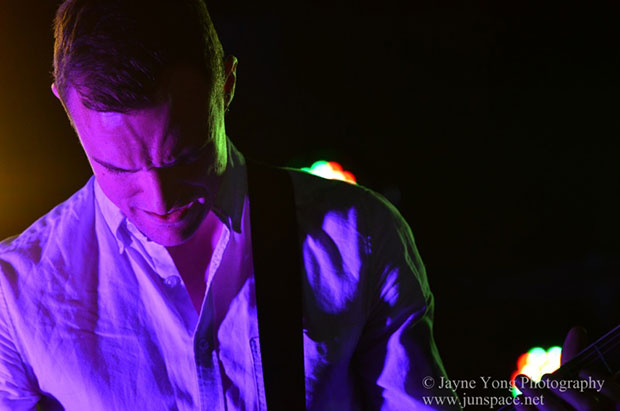 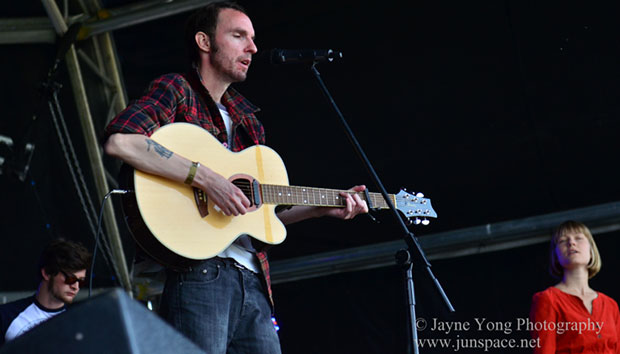 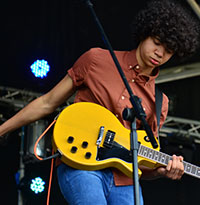 Saturday brought a staggeringly sunny afternoon meaning most people congregated around the main stage.  There was a tendency to sit down rather than get up to enjoy the music, but local newcomers, Yellow Fever, got a crowd of young toe tappers with their sunny guitar strumming, though Co-Pilgrim‘s folk was a bit too slow to keep people standing.  The main stage came alive when Dog Is Dead came on later in the 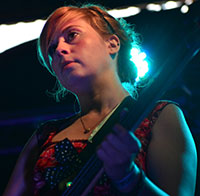 afternoon; the hotly tipped five-piece have been around for a few years but will only release their debut album this autumn.  Their drum heavy indie-pop with harmonies, which could be likened to Fleet Foxes, made them the perfect Saturday afternoon band.  Over in the barn stage My First Tooth were also dealing out some indie-pop, complete with a barrage of beach balls.  And on the second stage This Town Needs Guns played their frenetic guitar tracks to an enraptured crowd. 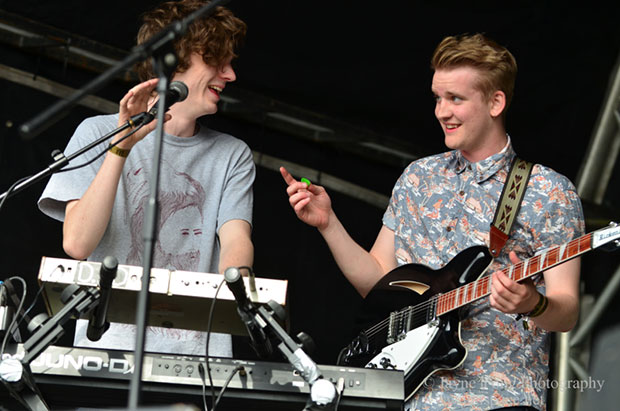 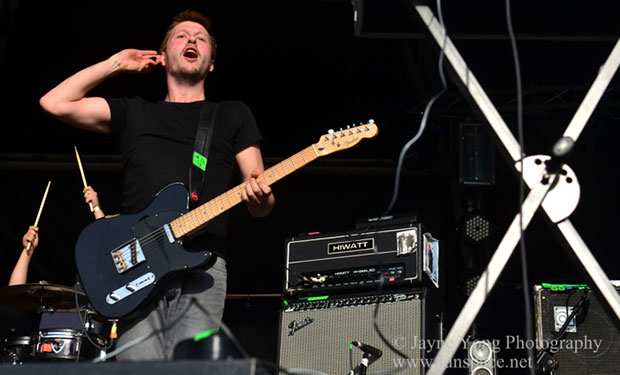 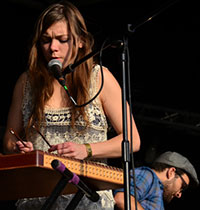 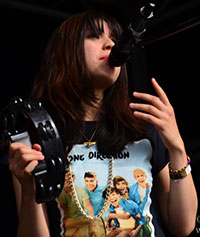 The main stage was the place to be on Saturday evening as Emmy the Great played a magical set, including new material indicating future releases will not disappoint.  The ever-energized 65daysofstatic gave their standard 110% performance while being utterly lovely in their in-between-song banter, thanking the audience sincerely for being there.  Their set was sadly too short, but was a definite highlight of the festival.  The Low Anthem performed a heart-felt set, a series of soft folk indie tracks with impossibly beautiful lyrics – the perfect soundtrack to the sunset.  British Sea Power, on a stage decked with foliage, played a brief set of crowd pleasers joined on stage by the well-worn bear that later joined the audience to cut some shapes. 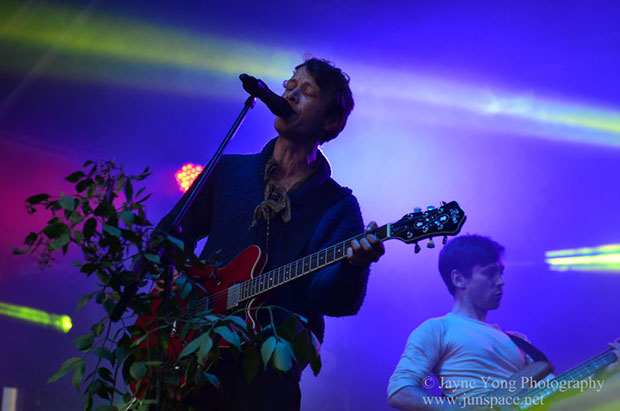 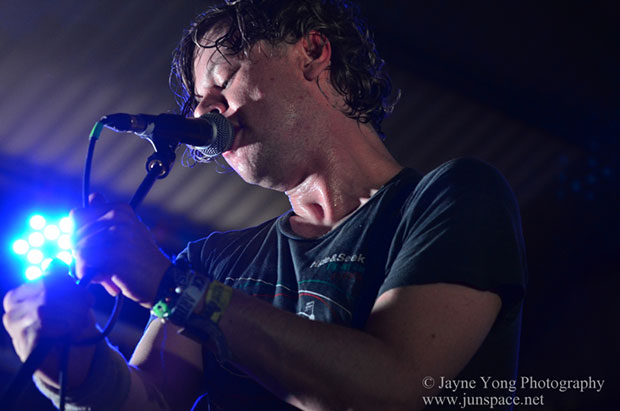 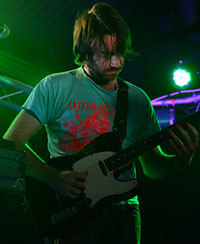 Evening on the barn stage saw technical problems get in the way of what could have been a great indie disco from Johnny Foreigner, after which Three Trapped Tigers launched into an electro dance party.  Over on the second stage, Frightened Rabbit played to a packed tent.  One of the most anticipated bands of the weekend, they proved worthy of their headlining slot.  Their folk-rock is tinged with emo and this combines into a bombastic noise when performed live.  Headlining on the main stage were The Temper Trap, another unusual choice but clearly popular with the crowd.  They are technically very impressive, but their commercial success is tinged with the nagging feeling that they are trying to please the crowd rather than following their musical heart. 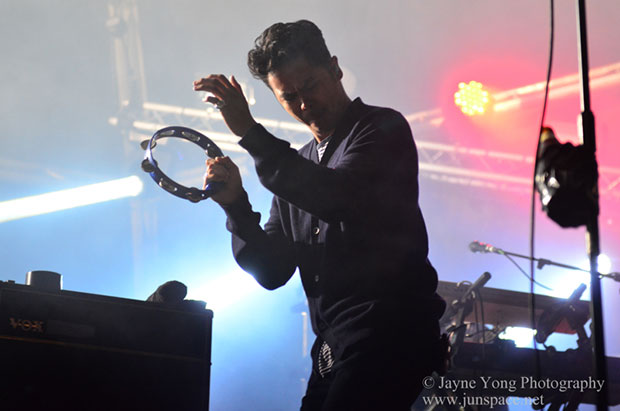 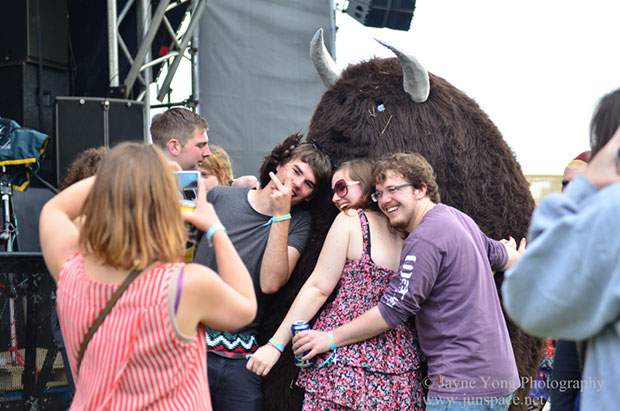 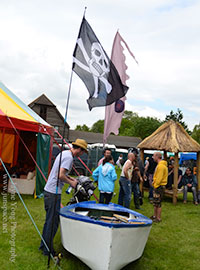 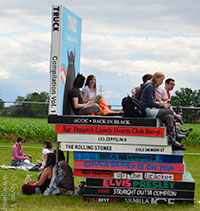 Truck is a unique festival experience, bringing a mix of local, national and international bands, old and new, but still feeling cozy and quaint.  The infamous Truck monster wandered about posing for photos and hugging adoring fans, bands played the main stage and then slip into the merch tent for more informal acoustic sets, and the Rotary Club ensured you got your five-a-day by pushing fruit smoothies at you while you munched on a burger.  You’d be hard-pressed to find a friendlier festival.