Twenty One Pilots is probably one of the only bands in the present day and age that can play four shows in the same city, within the same week,... 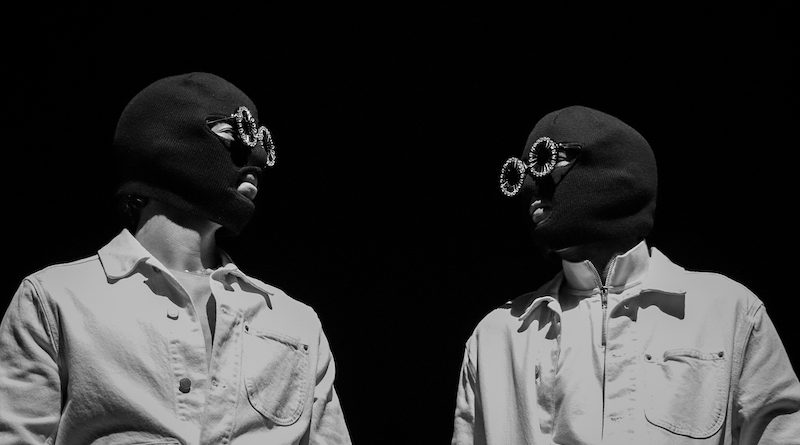 Click here for photos of Twenty One Pilots at 2019 Lollapalooza in Chicago, IL in the QRO Concert Photo Gallery

Click here for photos of Twenty One Pilots at Van Andel Arena in Grand Rapids, MI on May 31st, 2019 in the QRO Concert Photo Gallery

Click here for photos of Twenty One Pilots at 2019 Boston Calling in Boston, MA in the QRO Concert Photo Gallery

Click here for photos of Twenty One Pilots at Greek Theatre in Berkeley, CA on July 21st, 2016 in the QRO Concert Photo Gallery

Click here for photos of Twenty One Pilots at John Paul Jones Arena in Charlottesville, VA on January 22nd, 2016 in the QRO Concert Photo Gallery

Click here for photos of Twenty One Pilots at Hammerstein Ballroom in New York, NY on September 15th, 2015 in the QRO Concert Photo Gallery

Click here for photos of Twenty One Pilots at Blue Hills Bank Pavilion in Boston, MA on September 12th, 2015 in the QRO Concert Photo Gallery

Click here for photos of Twenty One Pilots at Terminal 5 in New York, NY on September 25th, 2014 in the QRO Concert Photo Gallery

Click here for photos of Twenty One Pilots at SXSW 2013 in Austin, TX in the QRO Concert Photo Gallery

Twenty One Pilots is probably one of the only bands in the present day and age that can play four shows in the same city, within the same week, and pretty much sell out every show.

On Wednesday, October 13th, screams pierced through the crowd in House of Blues Chicago as the lights went out just before frontman Tyler Joseph and drummer Josh Dun entered the stage wearing ski masks and glasses. The two slowly walked onto stage, looked at each other, then at their instruments, then back at each other before they slowly walked over to their instruments and began the show with Scaled and Icy opener, “Good Day”.

Midway through “Good Day”, the instruments and sound cut out with a commercial interruption from “DEMA”, part of the band’s recent concept album, Scaled and Icy. Just after the commercial ends, frontman Tyler Joseph came back on stage as the band transitioned into a powerful performance of “No Chances”, with Joseph coming up on a raised part of the stage, just above a light up Scaled and Icy symbol. Halfway through the performance, Joseph got handed an acoustic guitar to perform the bridge of the song, as smoke began coming out of his ski-mask while the crowd sang the words, “We got people on the way / We want you home in one piece now,” just before Joseph ripped off his ski-mask and jumped off the stage onto an air mattress.

The band then quickly switched to popular hits such as “Stressed Out” and “Heathens” before going into a mash-up of fan favorites “Migraine”, “Morph”, and “Holding on to You”. It was very obvious that the crowd was thrilled for “Migraine” to be on the setlist, seeing as how you could barely hear Joseph singing over the voices in the crowd screaming the words back to him. “Holding on to You” also seemed to be very appreciated, especially with drummer Josh Dun’s iconic backflip off the piano halfway through the song.

“Message Man” was another song that fans seemed to be thrilled about being put on the setlist. With Joseph coming out on stage saying “Four times, sing it, ‘Hey hey hey hey,’” and the crowd screaming back to him, it was obvious that the energy was only going up for the night. The band did not fail to keep their concept albums alive, with a stand being brought out containing a bowl of black paint, which Joseph dipped his hands in before raising them to the sky, referencing their 2015 hit album, Blurryface.

Soon enough, it was time for one of the most crowd-anticipated performances, “Lane Boy”. A video played on the screen, again featuring the two DEMA hosts from the Scaled and Icy concept world, as a voice echoed through the venue: “Why do we kneel to these concepts? Tempted by control, controlled by temptation. ‘Stay low they say, stay low.’” Soon enough blue and green lights filled the venue as the band began playing their hit “Lane Boy”. Almost halfway through the song, it was time for one of the most anticipated parts of the night. “It’s time for you all to put on a show, everyone is watching you,” said Joseph as he asked everyone in the pit to get down as low as possible. As Dun came back on the drums, people in hazmat suits entered the stage and began spraying the audience with fog as everyone came up and started jumping. Definitely one of the most notable, and fun, parts of the night, as almost everyone in the venue was jumping all at once and just enjoying themselves.

Twenty One Pilots went on to perform hits from Scaled and Icy such as “The Outside” and “Mulberry Street”, joined by a live band for the first time in their career. Having other people on stage was definitely a change for the band, but it was obvious that everyone clicked together really well and the energy still remained high, if not even higher.

They then transitioned to the acoustic campfire part of the set, where Joseph, Dun, and the other band members all gathered around a fake fire on stage to perform a medley of songs such as “Formidable”, “Tear in my Heart”, and “Doubt”. Flashlights filled the iconic House of Blues venue as Joseph strummed on his ukulele and sang his heart out.

It wasn’t long until the energy returned and everyone was jumping again, as the band next transitioned into heavier hits such as “Jumpsuit” and “Heavydirtysoul”. It was soon time to dance, as Scaled and Icy hit “Saturday” was up next. With a dance routine with the new band members and everything, “Saturday” was such a fun performance and something out of the band’s usual comfort zone. Halfway through the song, a drum set was put into the crowd, as crowd members all grabbed at the bases to hold it up before Josh Dun climbed on top to finish drumming out the end of “Saturday”.

The band continued on with hits such as “Level of Concern”, “Ride”, and “Car Radio”. At the beginning of “Ride”, Joseph even climbed into the crowd, letting them hold him up as he sang the first verse of the song. The iconic “Car Radio” provided an amazing performance as per usual. With Joseph jumping off the piano and having the crowd jump during every chorus, the energy was nothing short of high during this song.

The band exited the stage after “Car Radio”, with the crowd singing the “Oh, woah” echoes from “Car Radio” as they waited for the band to return for an encore. Finally, the band returned with a performance of the Scaled and Icy lead single, “Shy Away”. Joseph even mixed in parts of the popular My Chemical Romance song, “I’m Not Okay”, which was thoroughly enjoyed by the crowd.

As always, the band finished the night out with “Trees”. “Do you have one more left in you?” asked Joseph, already knowing the answer. Starting out the song on piano, the vibes quickly changed as almost every single person in the crowd was jumping during each chorus. Soon enough, drums and stands were being placed into the crowd as Dun and Joseph climbed up on the stands being held by the fans below them. Water was poured onto the drums just before Dun and Joseph began pounding on the drums for the huge finale, as confetti filled the air in House of Blues Chicago.

After returning to the stage, Joseph ended the night the same way he does every show, reminding the crowd “We are Twenty One Pilots, and so are you. We’ll see you next time. Peace.”

After the show, fans were taking tons of photos together throwing up the blue, pink, and yellow confetti and smiles were everywhere. After camping out for weeks and creating number systems for their spots in line, it was obvious that pretty much every fan in the building that night had one of the best nights of their lives.