The crowd surged with excitement in anticipation of garage rock king, Ty Segall... 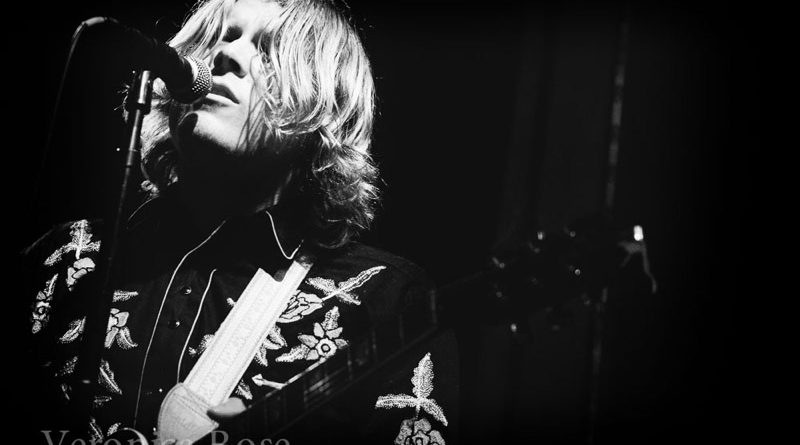 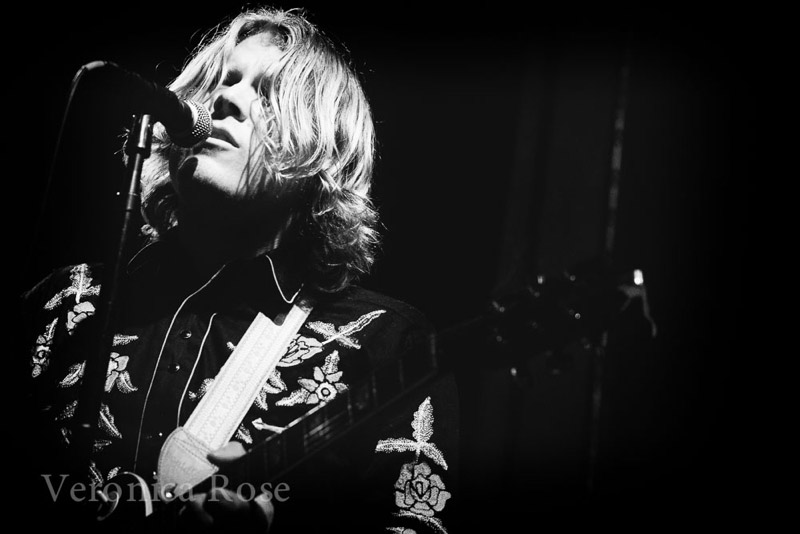 Photos of Ty Segall at 2021 Pitchfork Festival in Chicago, IL

Photos of Ty Segall at 2018 Levitation Festival in Austin, TX

Enthusiasts of this Orange County rocker know that this is not your typical rock show and intensity flowed through the sold out Aladdin! Segall began his music legacy nine years ago with his first self-titled album, Ty Segall. Now, Ty Segall – 2017 brings both Segall’s solo work and the influences of his associations with Fuzz, Ty Segall Band, Wand, Mikal Cronin, and Ty Segall & White Fence, among others, full circle. 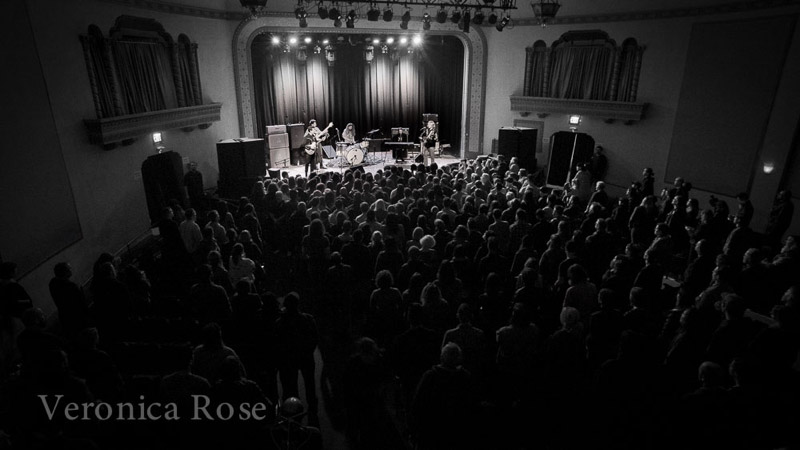 Photos of Ty Segall & The Muggers at 2016 Pickathon in Happy Valley, OR

Photos of Ty Segall & The Muggers at 2016 Primavera Sound

Known for his wailing guitar parts and high energy performances, Segall may have single handedly influenced the swell of garage-rock and garage-punk bands that are emerging today. Newcomers to his dynamic performances and magnetism are in for an electrifying experience.

The four-piece band, including consistent collaborator Mikal Cronin on the bass guitar, took the stage and immediately erupted into “Break a Guitar”, the massive glam-rock opening track of this year’s Ty Segall. 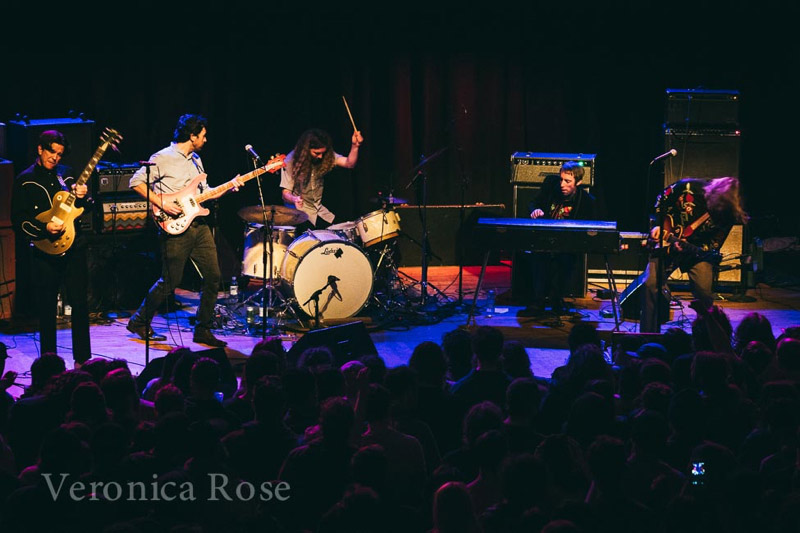 Photos of Ty Segall at 2013 Le Guess Who? Festival in Utrecht, Netherlands

Adorning his cape and rose embroidered shirt, Ty Segall whipped and pounded at his guitar, looking like a head banging matador – the crowd was hypnotized. The band followed in order with “Freedom” and no attendee missed a beat, jumping, screaming and singing along. Being in the front row lends some mosh pit responsibilities, and I take a solid stance to protect Veronica Rose, QRO’s photographer, as crazed fans tried to climb over her to get to the stage. By the third song, “Alta”, the crowd surfing began. Shocked that it took this long, I had to switch responsibilities and threw my hands in the air to keep these wily music lovers afloat. 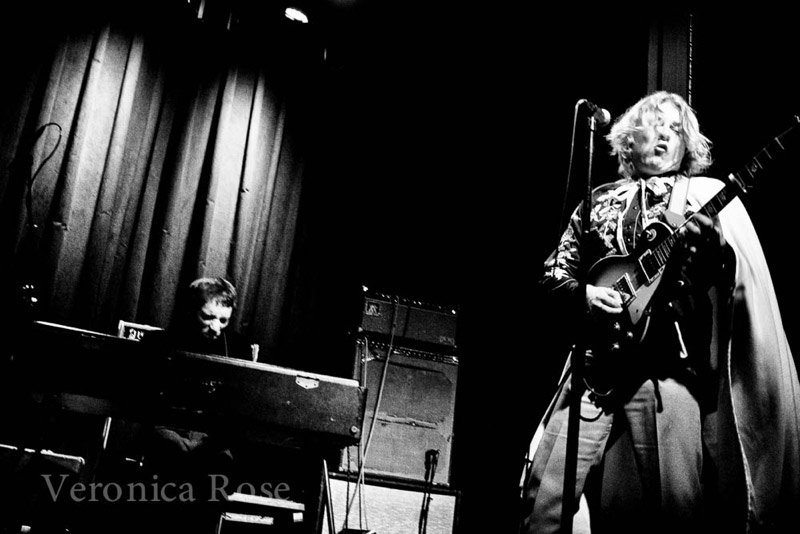 Mid-show, Ty Segall seemed to anticipate the crowd’s exhaustion and lent us a much needed break by slowing down the mood and delivering us his slow and melodic new tracks “Orange Color Queen” and “Papers”, accompanied by an older favorite, “She Don’t Care”, from his 2013 album Sleeper. After the three-song recovery period, everyone is ready to go again and Ty Segall did not disappoint, feeding the newfound energy with throwbacks “Love Fuzz” and “Feel”. 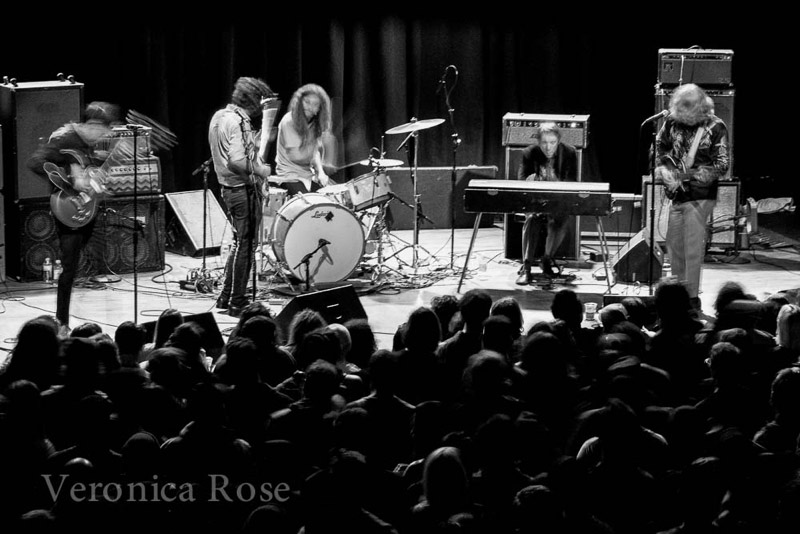 The crowd begged for an encore at the end of the show, but due to time constraints, the band was unable to continue. Ty Segall walked out on the stage and apologized to the fans, but there’s no apology needed, as the band took this extra time during the main set to extend songs into monster shredding and jam sessions. The crowd exited happy and exhausted, surely preparing for Ty’s return to Portland. You can catch him at Pickathon 2017 (QRO photos of Segall at Pickathon ’16) in Happy Valley Oregon, August 3rd-August 6th. You won’t want to miss it. 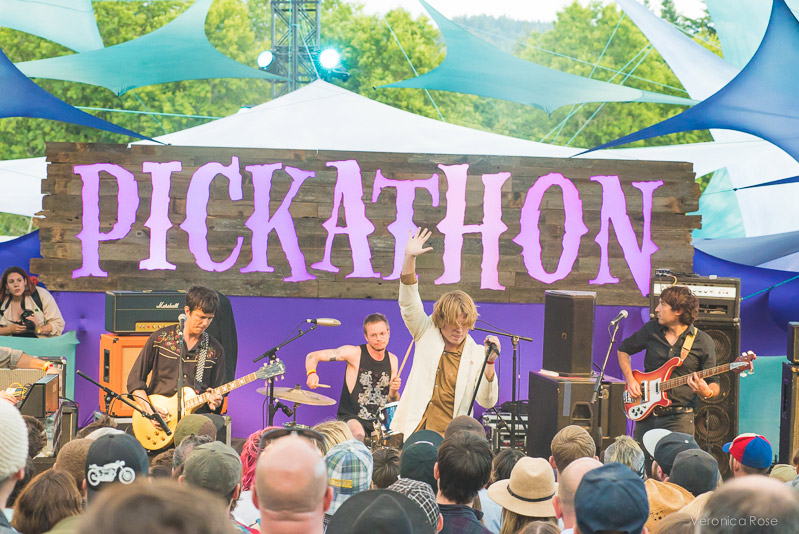