Every so often, if you are lucky, a record will swoop down seemingly out of nowhere and grab hold of you.... 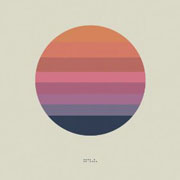 Every so often, if you are lucky, a record will swoop down seemingly out of nowhere and grab hold of you.  It might even be by an artist of whom you previously knew nothing.  For this writer, the most recent occurrence of this glorious experience has been with Tycho’s latest album, Awake.

The interesting thing about Tycho is that you might know him better as Scott Hansen, or even still, ISO50 – the name that he is known by in the photography and graphic design communities.  It is not every day that you come across a talented musician who is also equally talented in two other fields.  Awake is Hansen’s fourth studio album overall and his first in three years.  His last album, 2011’s Dive, was well received by both fans and critics alike and Awake is proving to be no different.

Click here for photos of Tychon at 2016 Day For Night Festival in Houston, TX in the QRO Concert Photo Gallery

There is a lot of electric guitar and synthesizers interspersed throughout the record, and there is even acoustic guitar on a couple of songs like “Dye” and “Plains”.  It is also refreshing to hear acoustic drums on what is otherwise known as an electronic album on songs such as “Montana” and “Spectre”.

Really the only thing to discuss musically with Awake is its sound, as it is completely instrumental.  While some may consider the work of an instrumentalist ‘easier’ than one who also has to compose lyrics, artists in this vein of music have their work cut out for them a bit more because their music has to convey that much more meaning.  With Awake, the vibe and interpretations are endless, and that is what makes this such an enjoyable album.  It is one where you can easily get something different out of it with each listen.  The first time through you might feel like it has a sad vibe, the next time you might get out of it a happy one, yet another time you might feel inspired to get up and go create something.  If you want to get really specific in your interpretation of the record, you might notice how it feels like the progression of an entire day.  Album opener and title track “Awake” feels like the sun rising, “Dye” feels like a calm afternoon, and closing track “Plains” feels like the end of a productive day.

If you are a writer or a runner or really anything else, hopefully there will be some enjoyment for you in Awake.  Go give it a try.