Tycho are an interesting, solid, slow-jam, techno, and beats machine.... 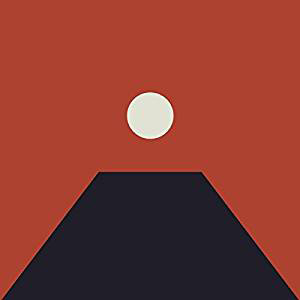 Tycho are an interesting, solid, slow-jam, techno, and beats machine. They stand out boldly, as relaxing techno extremists and experimental, and also just as much in modern music as unique and introspective, rather than needy and label-driven.

That said, the album, Epoch, builds very, very, slowly, and probably the best numbers are the one where there is just as much drum input as atmospheric keyboard; it’s a vibe thing for Tycho, and for most interested in artsy post-modern indie. Mostly in a good way they go from movements like, the more energetic drum heavy beginning “Glider”, to “Horizon” and “Slack” which are both somewhat more ambient.

Click here for photos of Tycho at Marymoor Park in Redmond, WA on Jun 27th, 2017 in the QRO Concert Photo Gallery

Click here for photos of Tycho at 2016 Day For Night Festival in Houston, TX in the QRO Concert Photo Gallery

All of these tracks seem worthwhile and are both more exciting and more advanced than almost all previous releases. There is no wonder people often remix Tycho, they make great keys in their own barren style, and this works extra well for a band that could break into popularity if given a chance, but they needed a release like this, which is more DIIV and less, what is that old sarcastic genre?, ‘minimalist’.

Awake was solid, and they keep the vibe with not only keyboards, but also guitars this time surprisingly, while they play harder on synth and keys than ever. The most surprising numbers like “Division” move to more jumpy, even thumpy.

Moving to the title track, “Epoch”, is what is expected in eerie, emotional, atmosphere. “Division”, though, is perfect, and the drums are even better here with some good artful lead guitar playing. “Source” continues in this vein, and “Local”, “Rings”, and “Continuum”, are all solid jams. Then, most impressively aside from “Division” is the last track, “Field”, which is more indie-folk than indie-electronic, and does so very well surprisingly. With all these songs creating a complete album, and a creative vision of not just guitar or keyboard, but life in general or the purpose of music. Plus, with their love of nature, presumably this is a theme for their electronic relaxed indie. Epoch is a solid full moon album.