U2 closes out another decade not worth the wait, on the middling 'No Line On the Horizon'.... 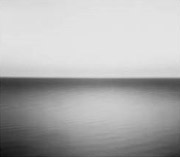 The ‘third decade of U2’ began with such promise thanks to 2000’s All That You Can’t Leave Behind, with the band finding a return to form after losing themselves in the electronica of the nineties, recapturing what once made them the greatest band in the world.  Yet, just as U2 started the nineties strong with 1991’s Achtung Baby and “One”, before sinking by the time of 1997’s Pop, so to has the band slid in this, still-yet-to-be-named decade.  2004’s How To Dismantle an Atom Bomb added a harder element, but still wasn’t amazing (quick: how many singles can you name from Atom Bomb, versus those you can from Leave Behind?…), and those middling returns continue with No Line On the Horizon.

The five years between Atom Bomb and Horizon were the longest the band ever took between studio LPs in their thirty-year career, thanks to some aborted sessions with producer Rick Rubin (Metallica, Weezer – also the original Beastie Boys DJ and helped found Def Jam Records).  Reportedly, Rubin encouraged U2 to return to their basic sound, but instead the band headed off to Morocco to work with Brian Eno (David Bowie’s ‘Berlin Trilogy’, David Byrne – also considered father of ambient music) and Daniel Lanois (who had previously produced All That You Can’t Leave Behind).  The result is a record that takes U2’s still-solid base as a base, but fails in its attempts to do anything more with it.

No Line On the Horizon begins with its title track, some fairly expansive U2 alt-rock that’s fairly good, but can’t really be placed alongside their classics or even the best from All That You Can’t Leave Behind.  And, in some ways, that’s the record’s high point, as the further the album goes on, the more one realizes this is all you’re gonna get.  U2’s arena rock is good but not mind-blowing on tracks like that, “Magnificent”, “I’ll Go Crazy If I Don’t Go Crazy Tonight”, “Fez – Being Born”, and “Breathe”, with the last two standing out as the weakest: “Fez” feels like a try to recapture the early-era U2 epic expanse, but ends up just being forgettable, while the higher “Breathe” and its hard rock undertones fails to impress, a little too stop/start, a little too indulgent.

This trend continues on the band’s sadder, stripped fare.  The ‘piano-vox in the rain’ style of “Moment of Surrender”, “White As Snow”, and “Cedars of Lebanon” are nice, but U2 has done it better, and the added meaning to “White” still doesn’t make the piece as meaningful as it wants to be, while the overdone choral back-up to finisher “Cedars” almost ruin the restrained, nighttime vocals and instrumentation.  And when the band does really experiment, it doesn’t all come together, such as with the supposed to be sexy-sly press single “Get On Your Boots”, or with the introduction of funk to the following “Stand Up Comedy”.

“Unknown Caller” mixes bigger anthem-march uplift in its chorus, with a sadder U2 verse, making it the most interesting track on Horizon, but almost by default.  While no songs on No Line On the Horizon are outright bad, it has to be disappointing to wait five years for a new U2 album, only to get one composed of the kind of tracks that you’d forget about, if they were on any of the band’s prior records.  Here’s hoping their next album comes quicker (rumor has it that the Rick Rubin sessions material will be made into something soon), and the fourth decade of this seminal band starts as well as the last two, but doesn’t end the same.