Underworld has long had a disappearing act, knowing when to go big, but also when to go home.... 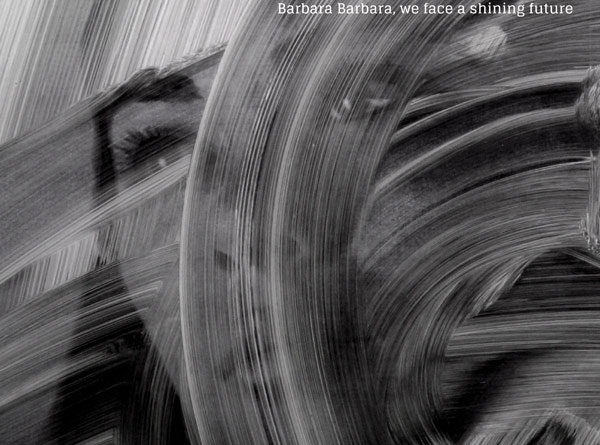 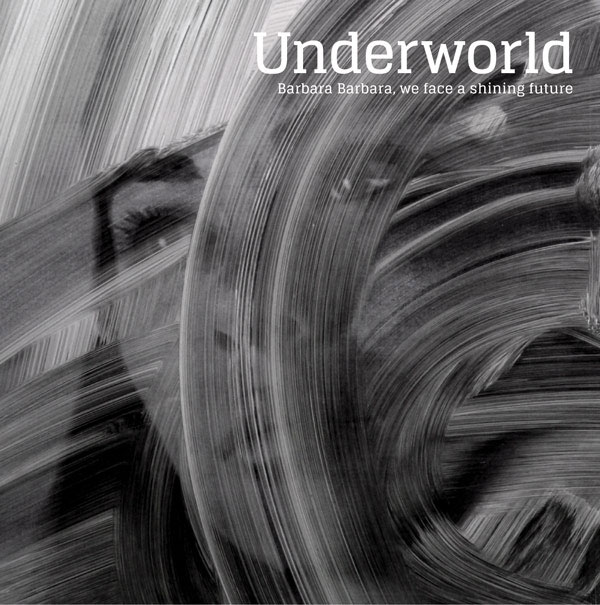 Underworld has long had a disappearing act, knowing when to go big, but also when to go home. They managed not to become overplayed when they first hit it big in the nineties electronica boom, and didn’t become a casualty when that boom turned out to be short-lived. Karl Hyde and Rick Smith have spaced out their studio releases with lots of other work, not unusual for electronic artists, but they’ve also not been ones to put out endless remixes. Since 2010’s Barking (QRO review), they particularly worked again with director Danny Boyle (whose Trainspotting helped launch their career – and his, and Ewan McGregor’s), most notably on the opening ceremonies for the 2012 London Olympic Games, which he directed and they scored. There have also been remastered re-releases of their nineties classics, dubnobasswithmyheadman and Second Toughest in the Infants. All that has meant a six-year gap before a new studio album, but Barbara Barbara, we face a shining future was worth the wait, as it manages to explore new territory while also being quintessentially Underworld.

Click here for photos of Underworld at 2015 NOS Primavera Sound in Oporto, Portugal in the QRO Concert Photo Gallery

Click here for photos of Underworld at Roseland Ballroom in New York, NY on October 27th, 2010 in the QRO Concert Photo Gallery

Ironically, while Barking showcased a brighter, more shining Underworld, on Barbara the future is more mixed – but that it is because it is a more mixed, diverse record. Opener/first single “I Exhale” is an even, dark push, and “Low Burn” echoing, moody Underworld, but right after “Burn” comes “Santiago Cuatro”. A real departure from anything Underworld has done, it is Spanish-style guitar with a haunting backdrop. And right after that is the slow, intimate effects of “Motorhome”, a strong other side to the duo. Meanwhile, subsequent “Ova Nova” is very ‘traditional’ Underworld, including the synth effects on the vocals.

Barbara is particularly strong in that Underworld feels no need to go with any flow, particularly any current flow. Yes, it has some of their signature styles, but it also has some major original elements. Yes, it is so-hot-right-now electronica, but it is from a group that’s been doing it since before it was hot (and before that), and more to the point doesn’t feel the need to hyperspeed their beats or hype them up for the dubstep dance club. It’s great to see such a mature act being so mature, without just being mature.