UTOPiAfest is a Texas hill country music experience like no other.... 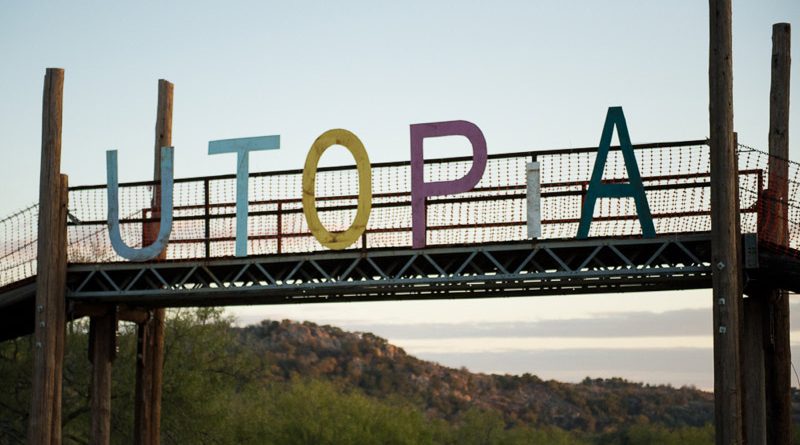 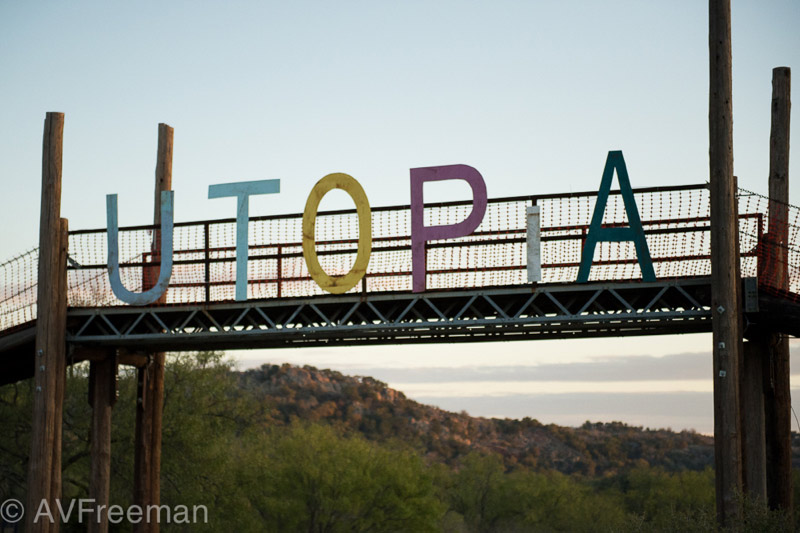 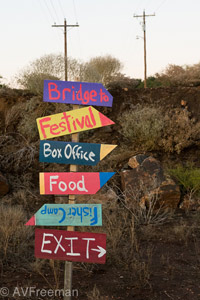 UTOPiAfest is a Texas hill country music experience like no other. In these days where boutique festivals are flaming out, it is rare to find a BYOB, no-music overlapping, camping festival, and it is the reason a tight knit community of rad people has formed there over the years. After the inauspicious start of UTOPiAfest 10 (QRO recap) where the venue location changed at the 11th hour, this year’s edition at the other side of the 100 acre Reveille Peak Ranch in Burnet demonstrated festival founder Travis Sutherland’s vision in its entirety. Save for the pre-party night where ice crystals coated every surface in sight, the vast ranchland served as the perfect backdrop for the festival, Thursday-Saturday, November 14th-16th. 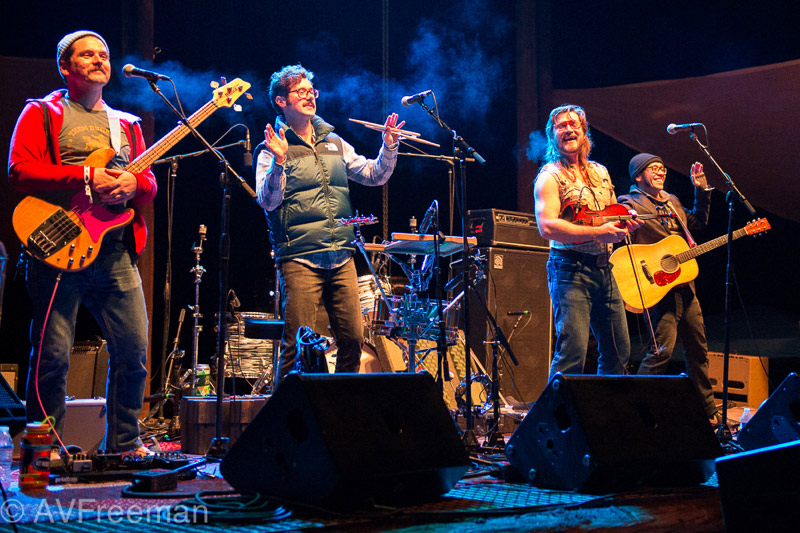 The Thursday pre-party at UTOPiAfest saw campers trickling to the venue under a big UTOPIA sign-topped bridge to examine the new festival footprint, approximately two miles from last year’s site. Free car camping at Fisher Camp had plenty of open spaces atop cow pastures and over a carpet of bullet casings from its previous life as a shooting range. Meanwhile, the Granny Camp cost a few more bucks and featured nooks and crannies within the cedars that were closer to the action. Campfires began to pop up in the early afternoon as festival goers prepared for the forecasted low temps. After camp dinners filled bellies, the crowds then began to descend upon the smaller Arrowhead Stage to take in first acts, Mamafesta and Whiskey Shivers. 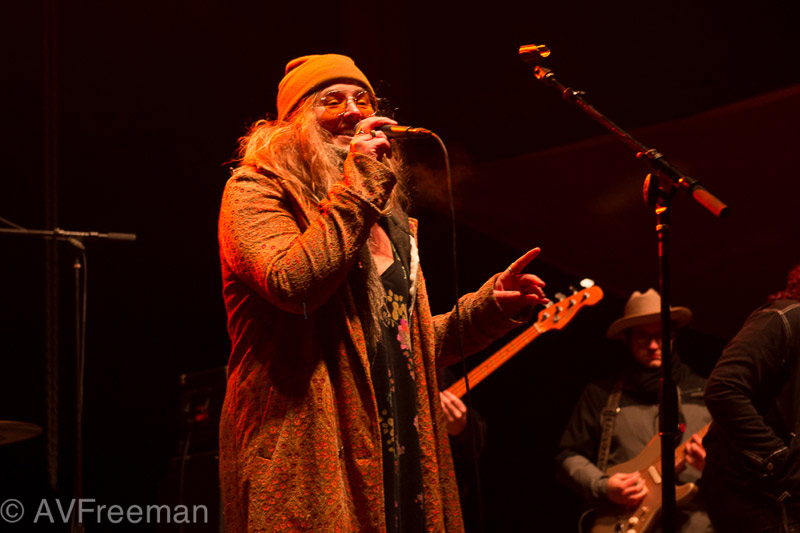 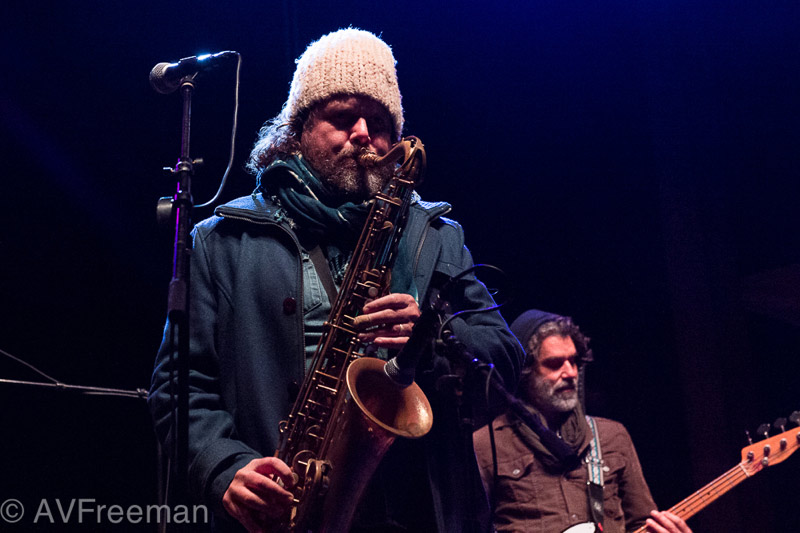 Closing out the pre-party evening, as usual, were the Utopiafest Players. Generally made up of a gumbo of some of Sutherland’s favorite Austin acts, this iteration was lead by a bundled-up, sax-playing Topaz McGarrigle and several members of his afro-psych band Golden Dawn Arkestra. After a few hours of campfire time, a modest group of festival-goers made it out to Goodtimes Grove, better known as Camp Shushtimes, to hear the Whiskey Shivers who pushed their bluegrass acoustic set to the highest decibels allowed. 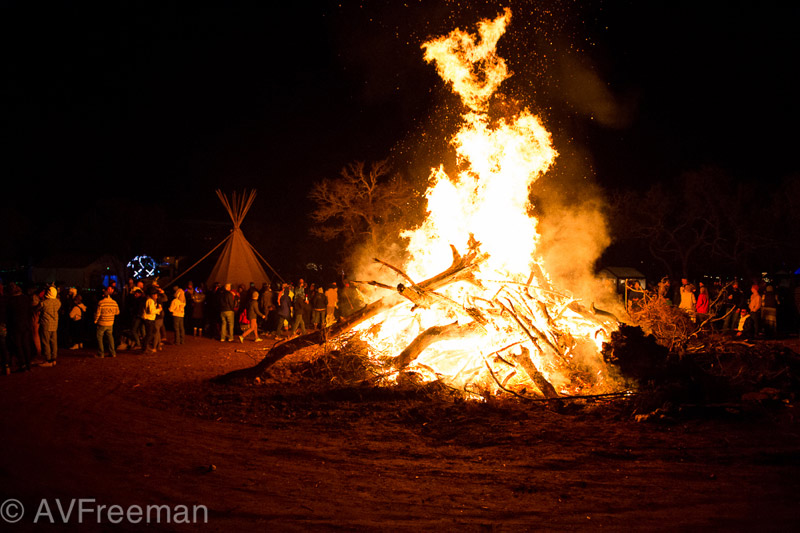 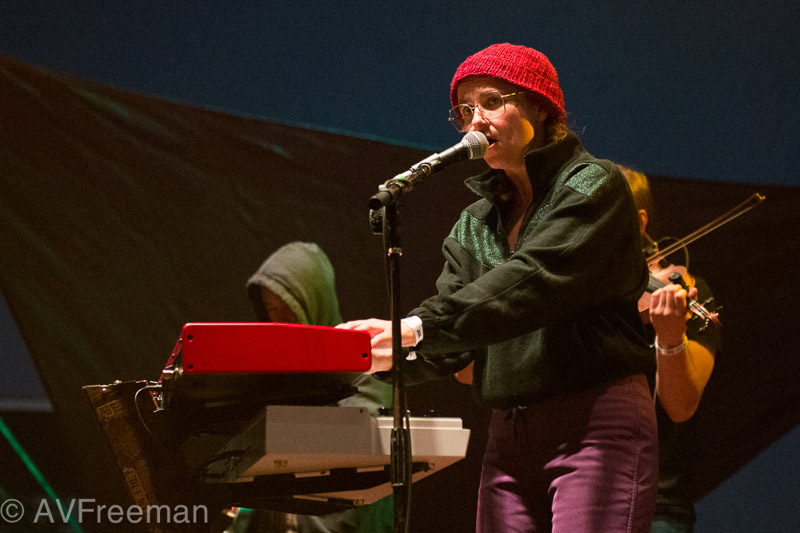 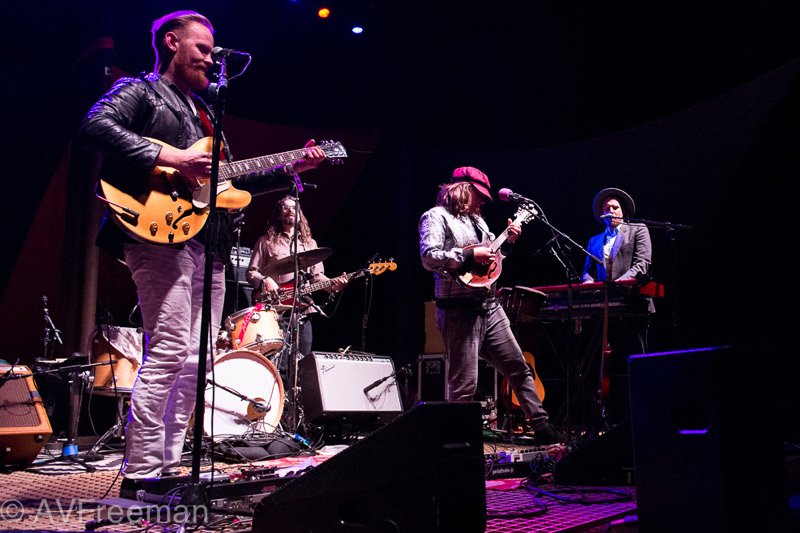 While music steals the night at Utopiafest, it’s the activities that add a nice dimension to the fest in the daytime. On Friday, Camp REI sponsored a photo hike and mountain bike tour, while a fermentation class brewed over at the workshop area, and flow and acro yoga filled the geodesic dome. 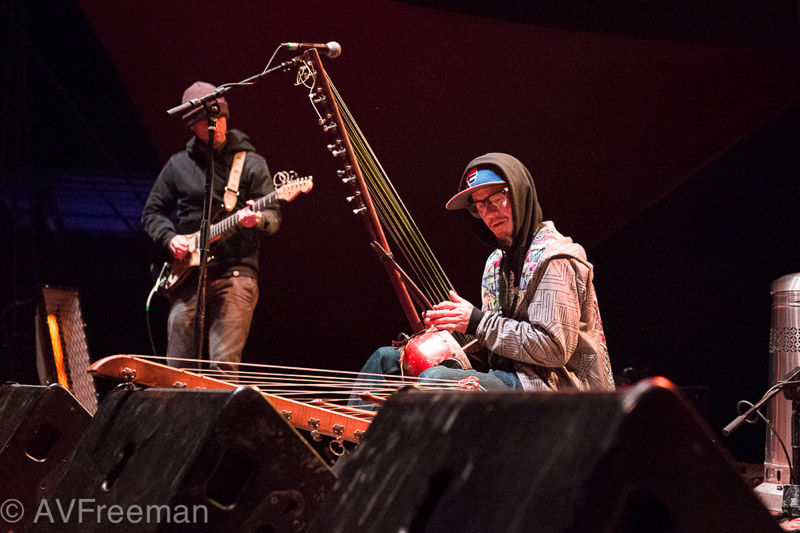 Rising local indie-folk band The Deer, fresh off their new album Do No Harm, soothed the early evening crowd with Grace Rowland’s velvety voice. As the evening chill began to take hold of the crowd, Mali, Africa-inspired instrumental band Toubab Krewe took the stage while a bonfire several stories high light up the back of the crowd and a sultry set of fire dancers gifted the front of the crowd. Rounding out the evening was festival perennial funk band Brownout! supported by the multi-lingual vocals of Ley Line, an all-female act that complemented their sound nicely. 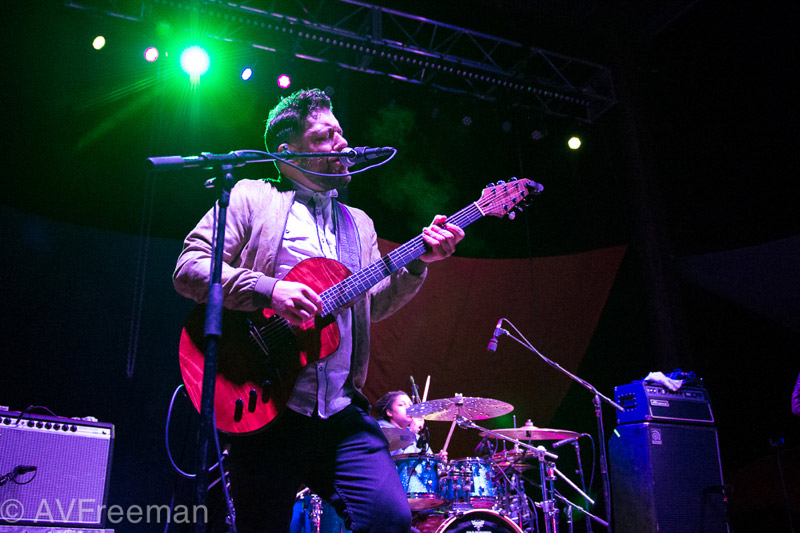 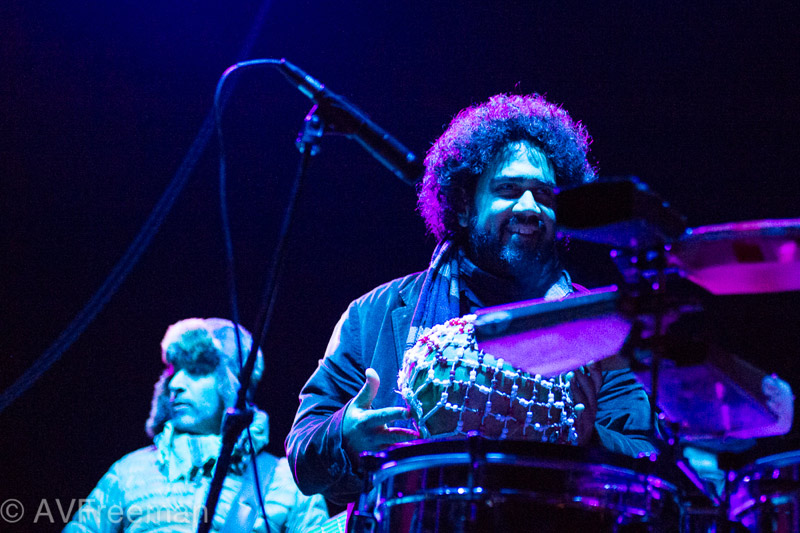 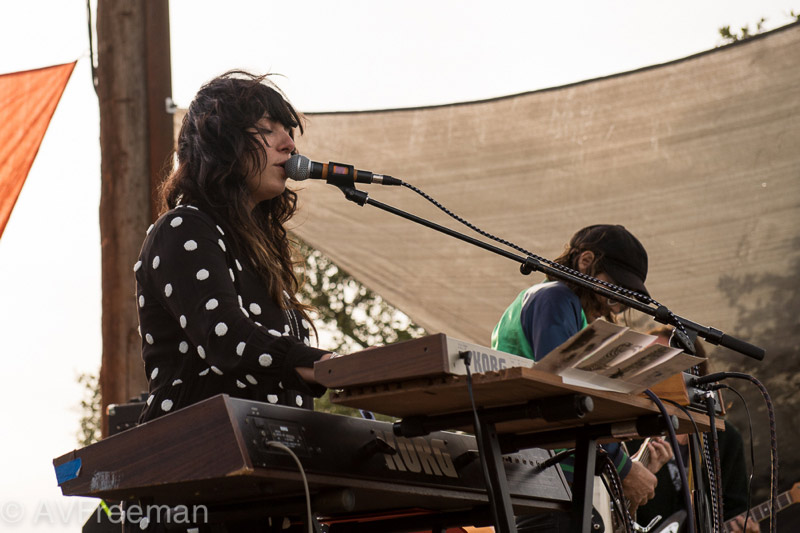 With the temperatures rising into the high ‘60s, Saturday was cozy and saw committed festival-goers showcase their most exotic apparel, activating the festival with an motley spattering of onesies, cloaks, and animal costumes. The mid-afternoon featured UTOPIAfest’s signature juxtapositions such as the psychedelic synths of Night Glitter contrasted by Carolina pickin’ of Jon Stickley Trio. 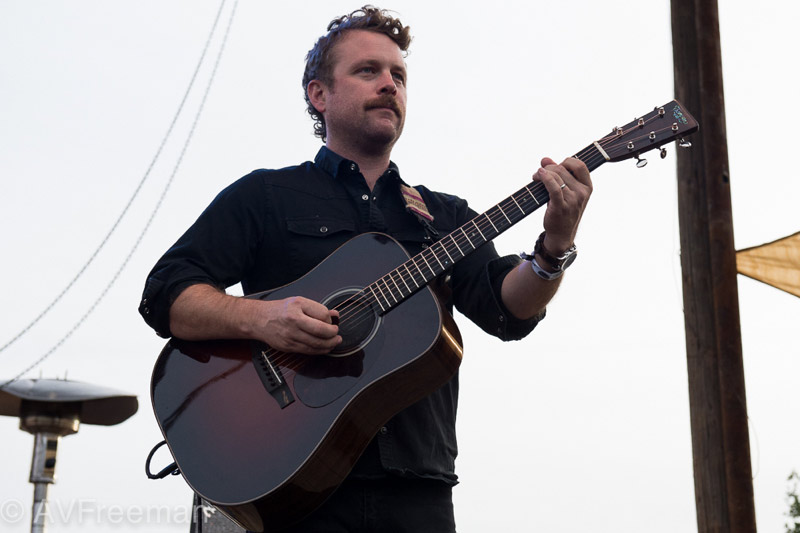 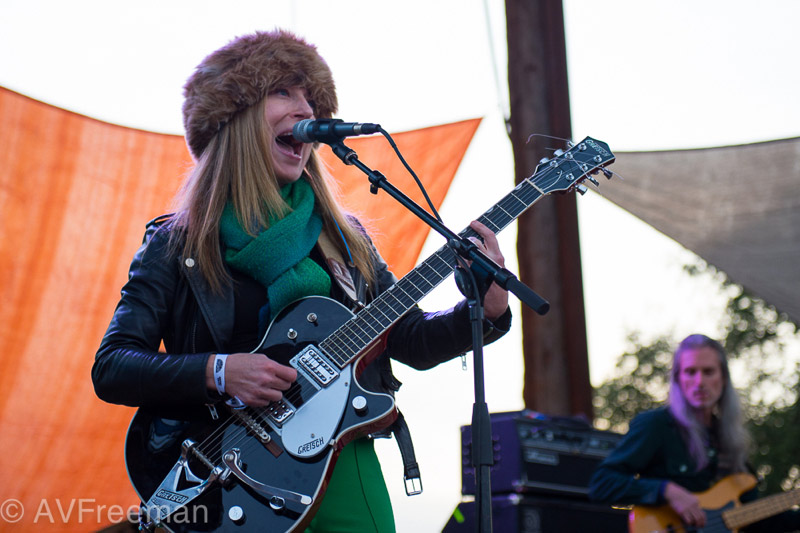 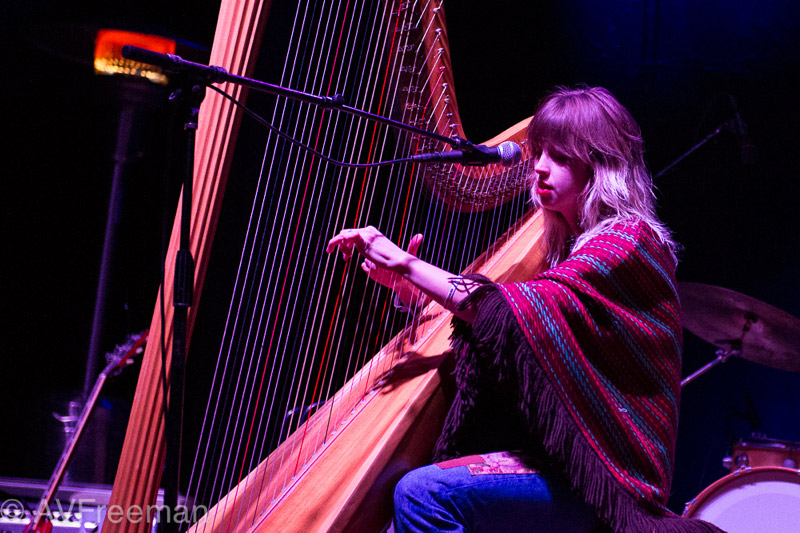 As the crowd and psychedelics settled in for the evening, Mikaela Davis drew a large audience to the Arrowhead stage for her mesmerizing vocals and harp-playing that at times sounded pleasingly Beatles-esque. Following Davis was another standout female performer, Jackie Venson. With her crimped curls and ear to ear smile, the emotive vocalist and blues guitarist energized the crowd with her bass-driven sound and cheeky banter. 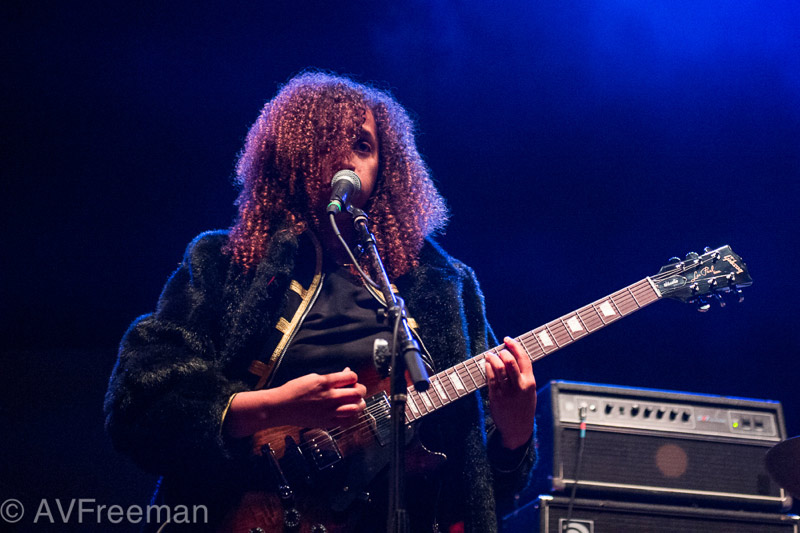 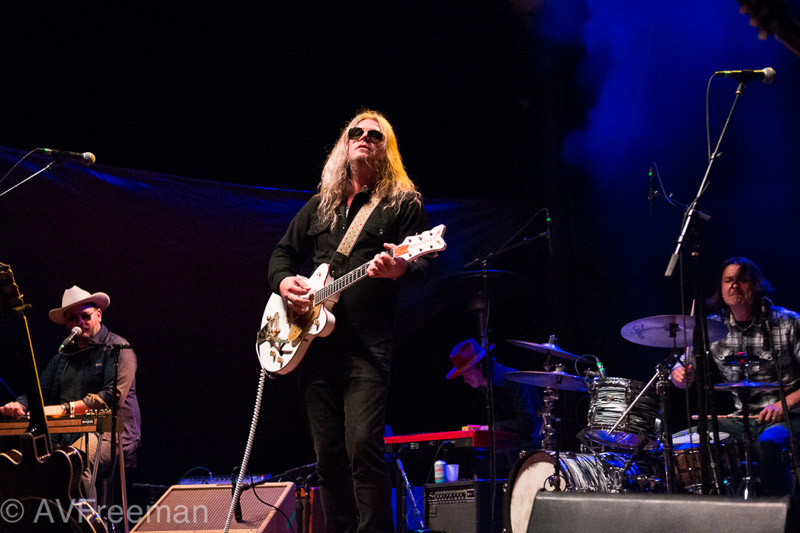 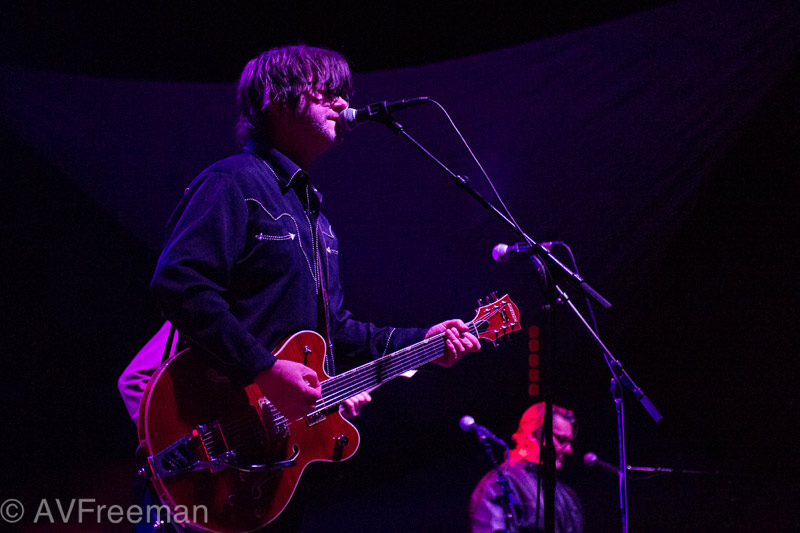 The jams kept flowing at the adjacent Cypress Stage, with the power guitar of alternative band Son Volt. Jay Farrar’s gritty country sound was a nice foil to the Venson’s R&B loops and drums. Headlining Saturday night was the hardworking and charming one-man band, Shakey Graves. He started his set reminiscing how Sutherland had asked him to play the first UTOPIAfest a decade ago but had to decline, and then continue to decline as his star began to rise. He kept the crowd in stitches with his stage banter through a grand finale of fireworks that showered the dwindling crowd. 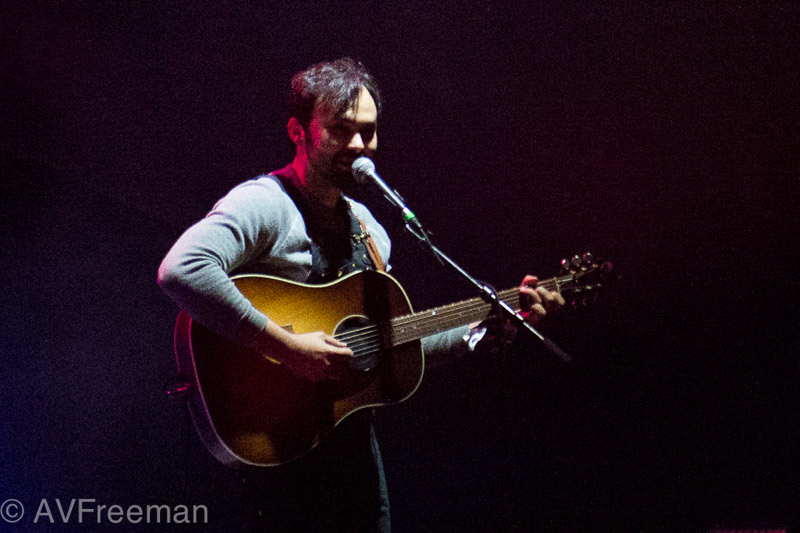 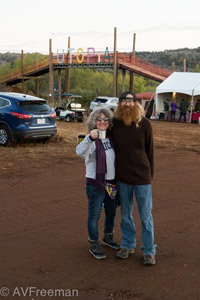 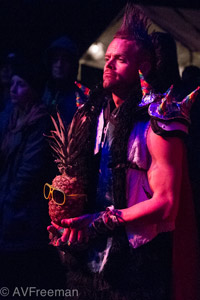 As other journalists have noted, it is the people and not the location that makes the festival special and this year was no exception. Sutherland addressed the crowd Saturday night and stated that even though he didn’t reach his ticket sales goal for this year, he promised to go back to the roots, keeping the festival under 2,000 people — a perfect size for building community of jam loving outdoorsy types. UTOPiAfest will return next year in the steamier month of September where the nearby Highland Lakes will help cool off crowds before the first banjo strums. Meet me in 2020 at UTOPiAfest! 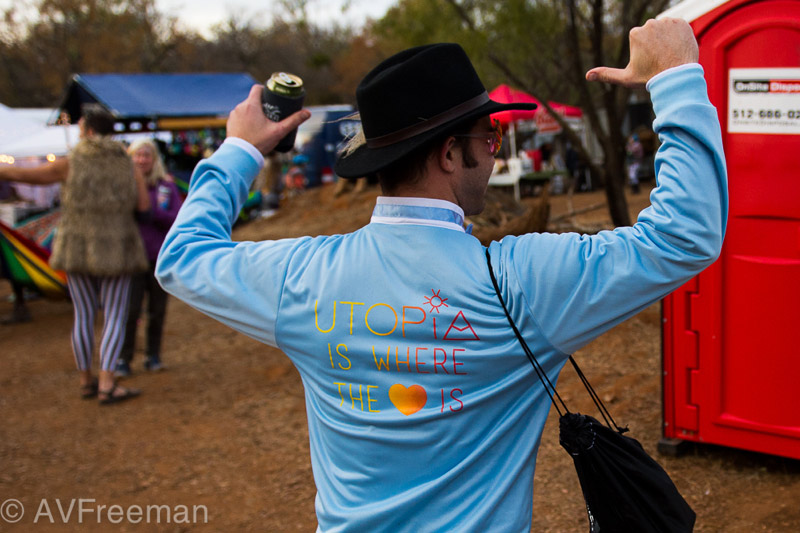