Portland’s Dour Fir Lounge was turned into a tripped-out beach getaway when Vacationer appeared on stage.... 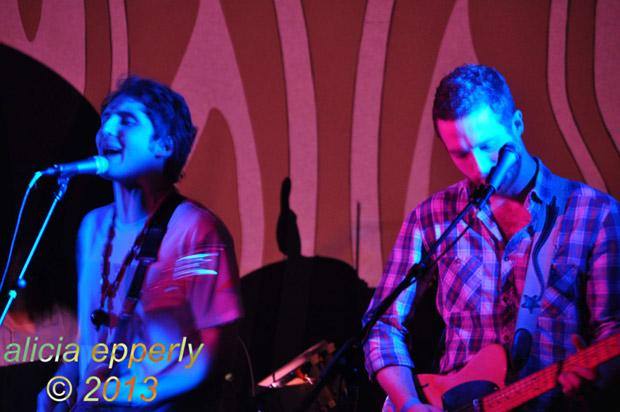 Click here for photos of Vacationer at Irving Plaza in New York, NY on January 31st, 2012 in the QRO Concert Photo Gallery

Portland’s Dour Fir Lounge was turned into a tripped-out beach getaway on Thursday, January 24th when Vacationer appeared on stage.  They are touring in support of their debut album, Gone, which is like a dusty tropical record found in some open-aired cantina.  Think Martin Denny, the father of exotica, with cool, laid-back vocals and hypnotic beats.  Their Downtown Records bio asks, “Who or what is Vacationer?”  Well we do know that it’s Kenny Vasoli, a Philly-based singer/songwriter/multi-instrumentalist and a “mysterious” crew of friends dishing out summer vibes in the dead of winter.

Launching the evening with their latest single “Good As New”, Vacationer set the atmosphere for an eleven-song trip.  With a shuffling beat and flute samples, “Summer End” brought wistful feelings of the last sunset of a perfect summer.  Normally one would not think of that with flute samples, but it simply works.  Their first single and, so far, most well-known song “Trip” got the crowd shimmying with their drinks above their heads.  With its ringing xylophone and jungle bird samples melded to chiming guitar, “Trip” sails along beautifully.  As a side note, it’s worth checking out Body Language’s remix, which is available for free on Vacationer’s Facebook page.

The band wrapped up the night with Gone’s opening track “Everyone Knows”.  Singing the final lines “Were off on our way / Sounds like everyone knows / We should cool off,” Vacationer shut down the cantina.  But the tropical beach vibes they gave off will surely help the Portland crowd endure the rest of the winter. 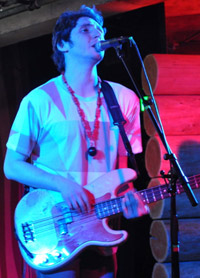 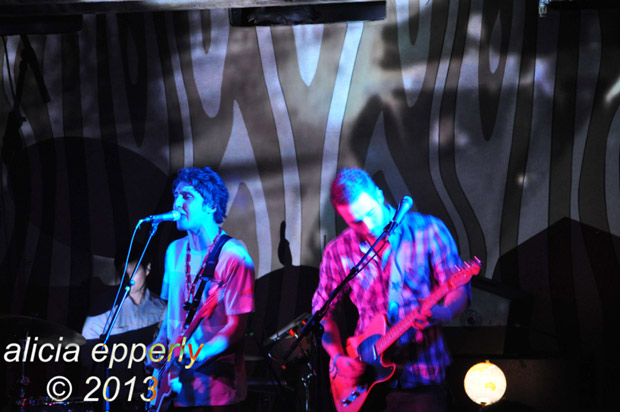