Vans Warped Tour band lineup may change every year, but the crowd has looked the same for over 20 years.... 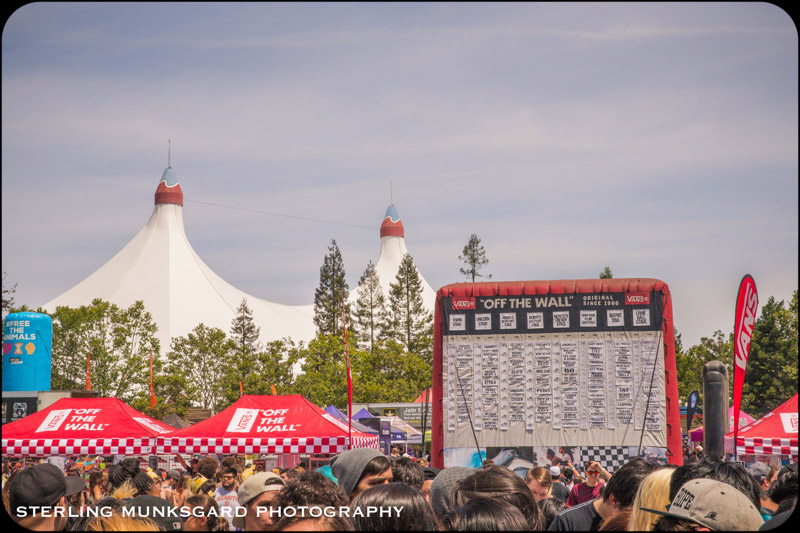 Vans Warped Tour band lineup may change every year, but the crowd has looked the same for over 20 years.  It’s not uncommon to find a whole family at the festival, since parents get in for free.  One must realize, there are now parents who used to attend Vans Warped Tour as a teen that now bring their own kids. 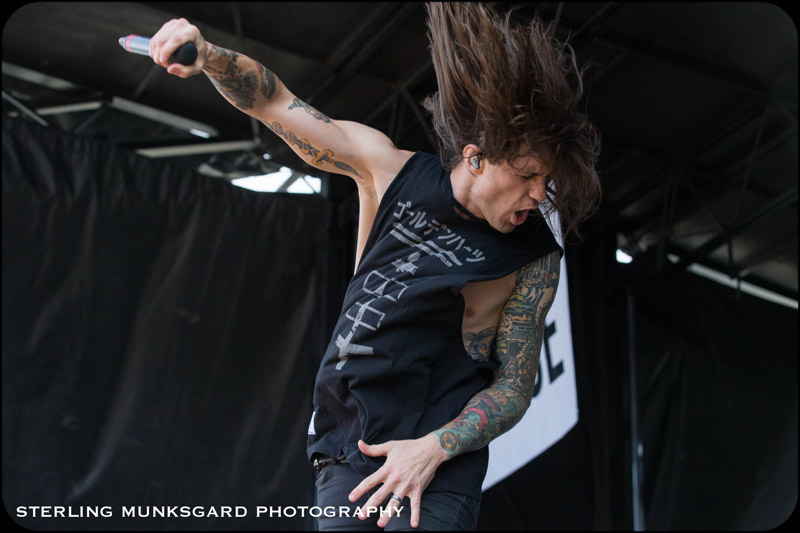 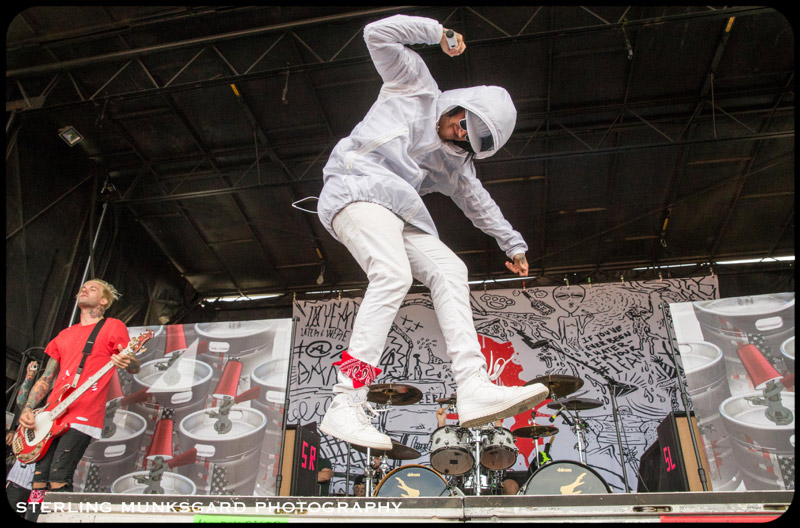 Thousands of teens and parents crowded the Shoreline Amphitheater in Mountain View, CA, with it’s famed double peaked tent for this years Vans Warped Tour on Saturday, June 20th.  The temperature only reached the mid 80s, a surprising trade off from the last couple years of 90+ scorchers.  The fans took full advantage of this, running from stage to stage, crowd surfing and even standing in line for over an hour to meet their favorite act. 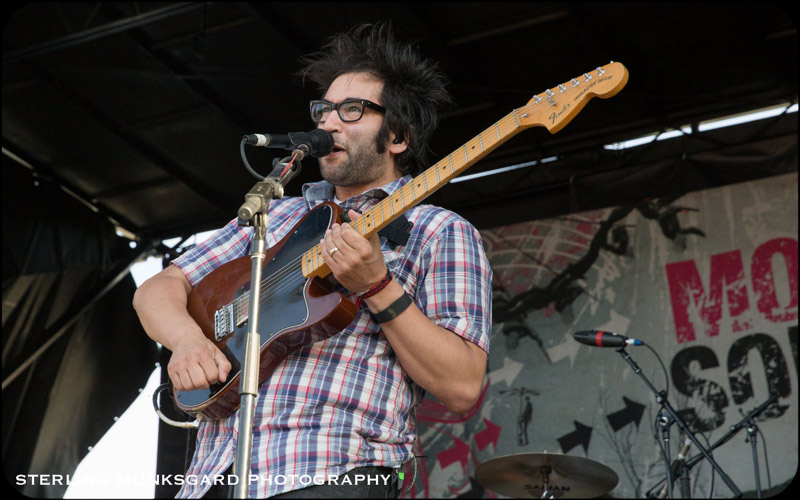 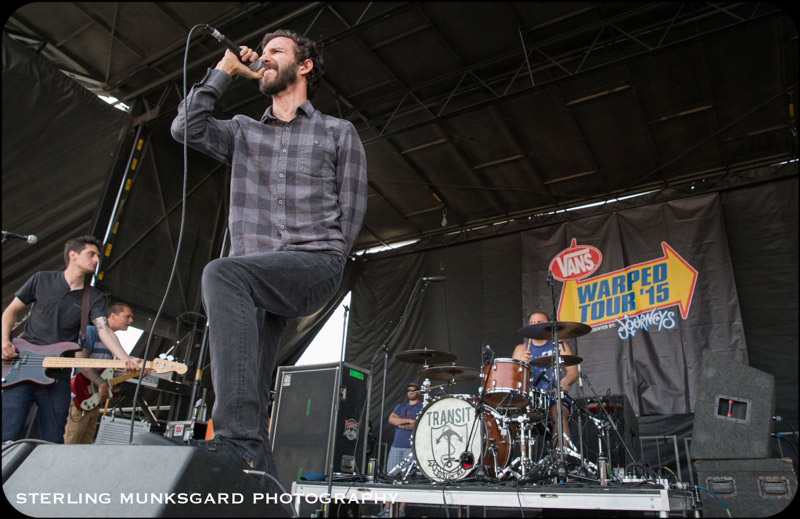 Vans Warped Tour has always been a buffet of music and the best bang for your buck.  The two main stages at Vans Warped Tour won’t be found under the Shoreline tent.  Instead they are located in the parking lot of the venue.  The main stages are a side-by-side style, which allows for non-stop music all day.  I tip my hat to the production team for this set up and the road crews for the constant setting up and tearing down between acts. 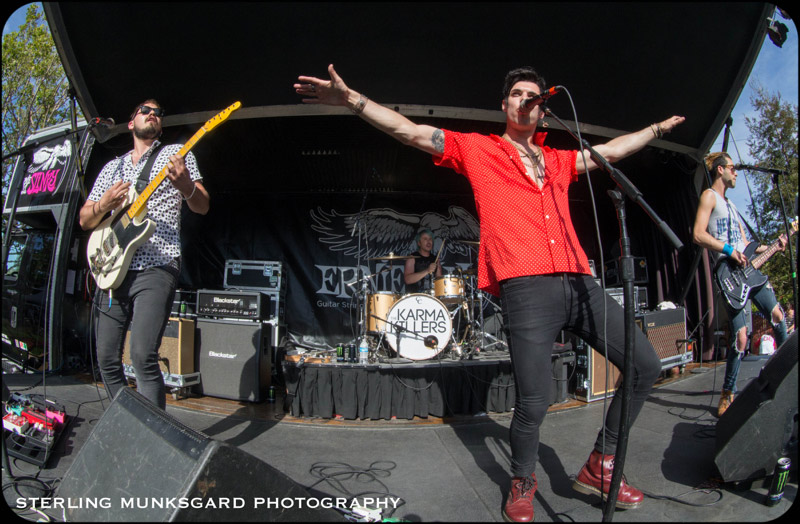 This year marked my fourth time attending a Vans Warped Tour over an eight-year period.  Each year I’m fascinated by the diversity in bands.  On a side stage I’ll see a fantastic New Jersey punk-rock band like The Karma Killers then on the main stage, experience the face-painted goth-rock band New Years Day. 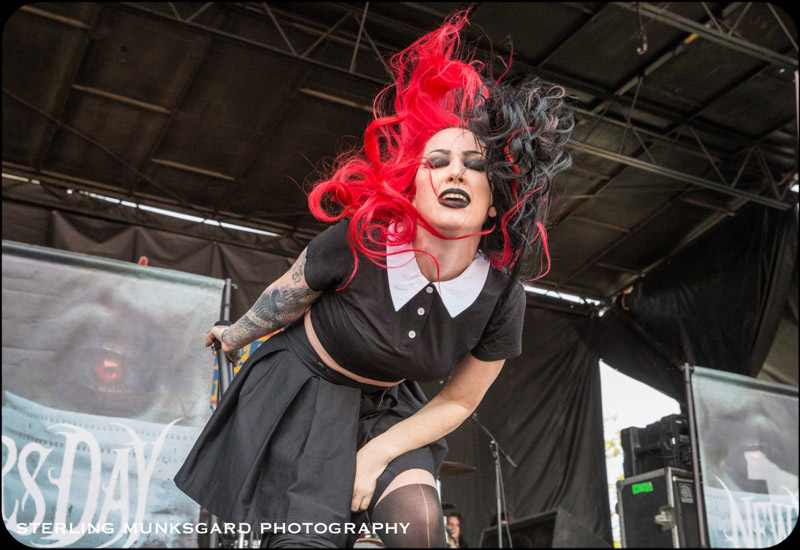 If those bands are not your sort of thing then Never Shout Never might be your type.  This emo-indie band drew a huge crowd of screaming teen girls with cell phones in the air recording the show while balancing atop their boyfriend’s shoulders. 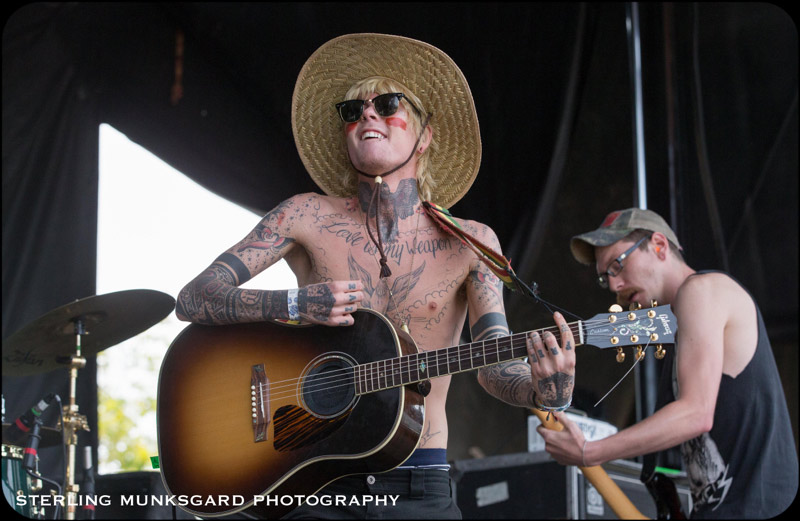 Along the singer and songwriter lines, Juliet Simms was another stand out performer at this year’s festival.  The runner-up for season two of The Voice now rocks a studded leather jacket and green hair.  Ditching her guitar for a hand held microphone, Simms is straight rock-n-roll jumping into the crowd and belting vocals. 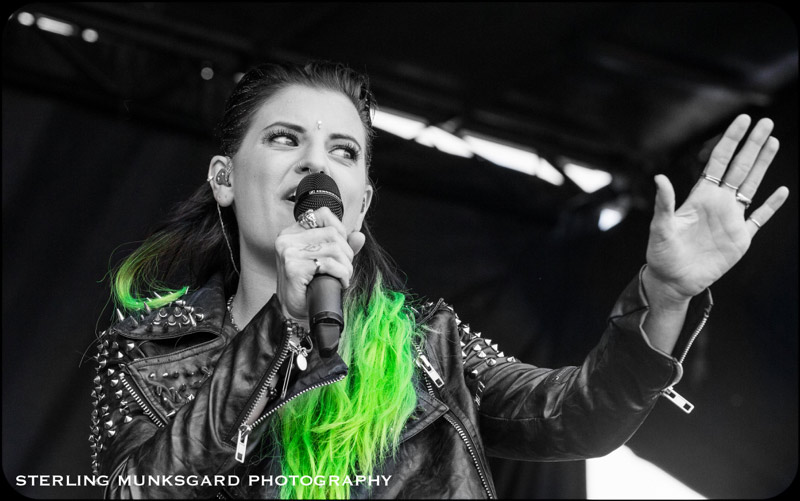 Vans Warped Tour veterans The Wonder Years took the stage and busted into their 2013 album The Greatest Generation track, “Dismantling Summer”.  The band then dug a little deeper into their catalogue with a 2011 track, “Local Man Ruins Everything” from their Suburbia album. 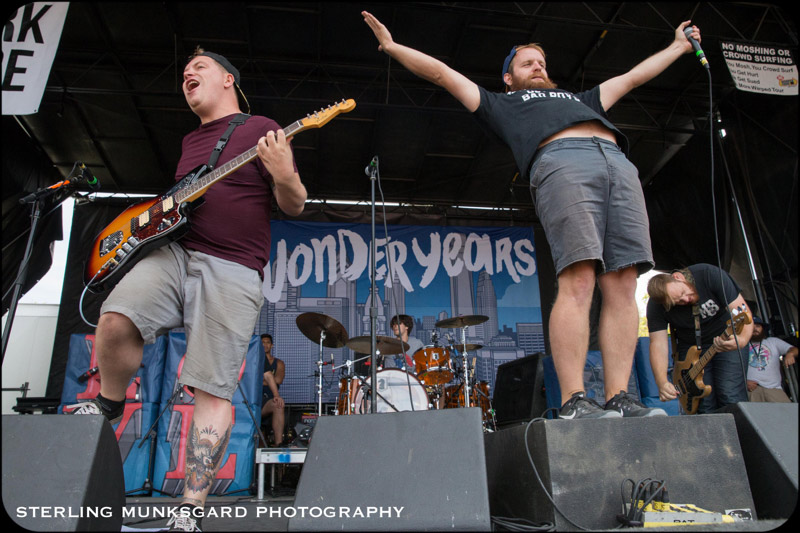 One of my favorite acts to catch at Vans Warped Tour has to be August Burns Red.  The metalcore band from Pennsylvania always gets the crowd going.  The band performed two of their new singles “The Wake” and “Identity” off their new album Found in Far Away Places.  The band closed their set with a fan favorite, “White Washed”, off their 2009 record Constellations. 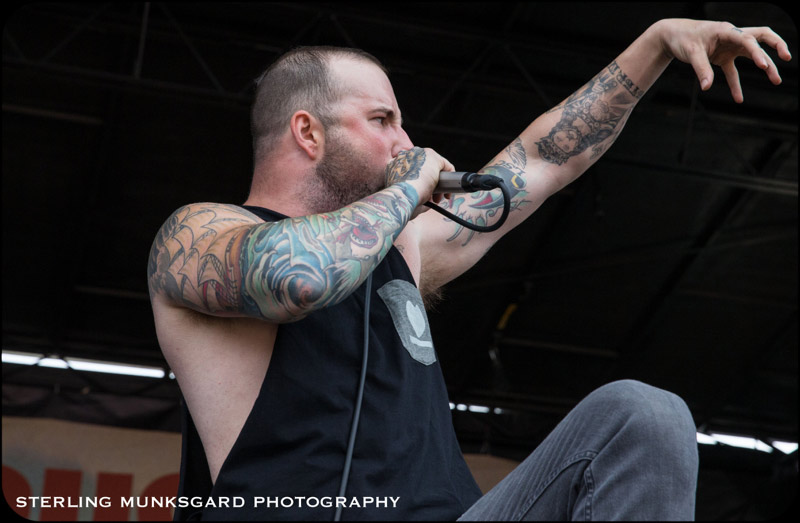 As the sun began to set into the Pacific I made my way to the exit gates.  In the distance I can hear Black Veil Brides finishing their set.  The So Cal rock band lead by Andy Biersack was the band most attendees came to see and experience.  The band, covered in tattoos, teased hair, multiple guitarists, put on a performance complete with stage smoke and production lights. 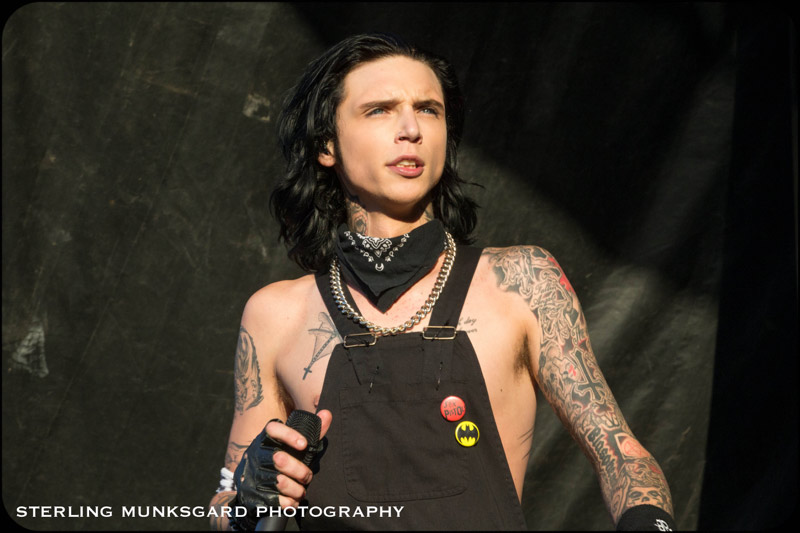 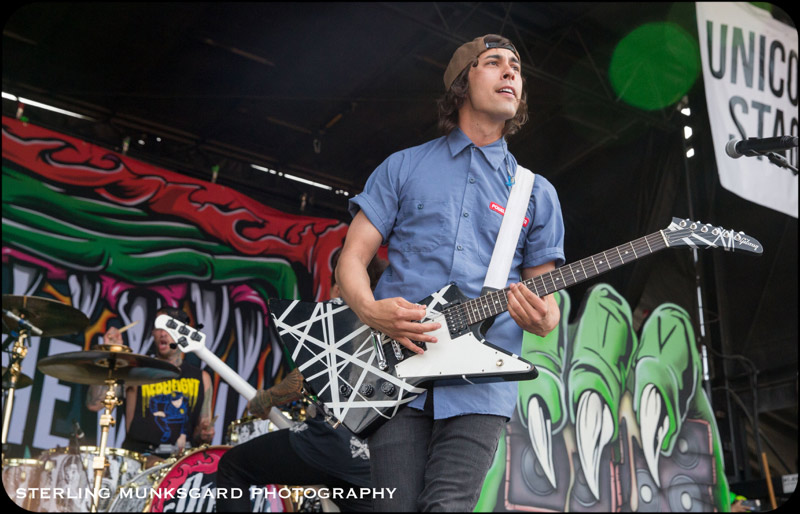 I’ve said it before in my recap and will do so again.  Vans Warped Tour is one of the greatest touring music festivals around and it will continue to be so for many years to come. 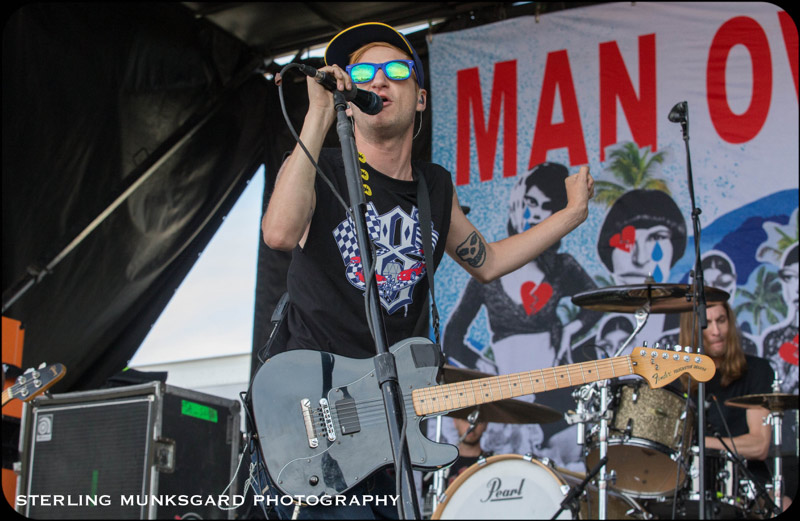 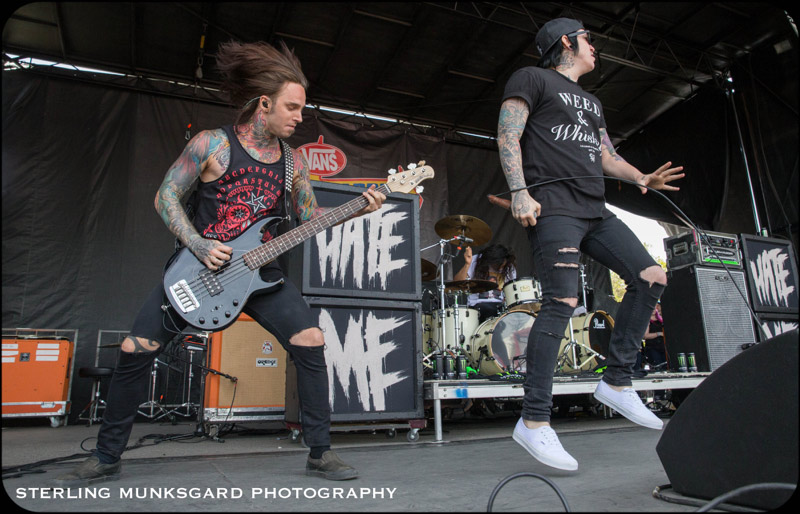 Vans Warped Tour has now departed California but will continue its tour up and down the East Coast before closing the summer out in August in Washington State.  Vans Warped Tour will then cross the pond and hit London, England on October 18th. 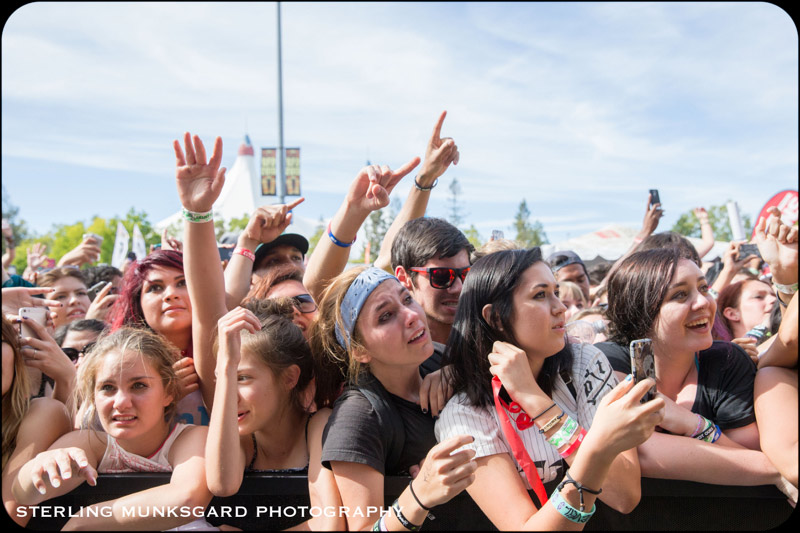