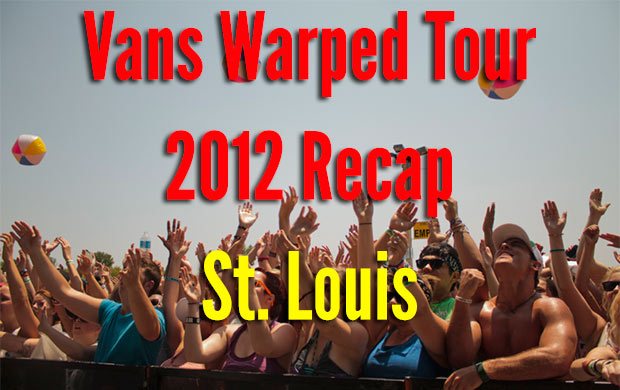 Thursday, July 5th, 2012, Verizon Wireless Amphitheatre in Maryland Heights outside of St. Louis, MO.  The only thing burning hotter than the sun was the anticipation.  For the massive crowd of miscreants, deviants, saints and do-gooders alike, the gates of the venue were the only deity, and the meager shade cast by the nine stages was the only heaven.  Vans Warped Tour 2012 was well underway, and neither dehydration, starvation, nor lack of currency would keep the fans away The temperature had passed 90 degrees Fahrenheit well before the gates opened at 11:00 a.m.  The first casualty of heat exhaustion took leave of her consciousness at roughly 10:37 in the morning, standing just outside the turnstiles anxiously awaiting her entry into musical paradise.  The un-named fan girl with blue hair would not lie down quietly, though.  Twice she collapsed, picked herself back up, and stared across the gate’s threshold, transfixed on the Ernie Ball stage. Once the gates were opened, the crowd poured into the venue faster than the security on staff was prepared for, and the event got underway as expected.  Merchandise vendors immediately began making money, as fans scrambled to purchase their favorite band’s t-shirts in time to wear them to their performance.  With nine stages simultaneously featuring a lengthy list of bands loading, setting up, playing and unloading at breakneck speeds, it was virtually impossible to see every band on the tour perform.  Many festivalgoers were forced to choose which acts they would let themselves miss in favor of others. 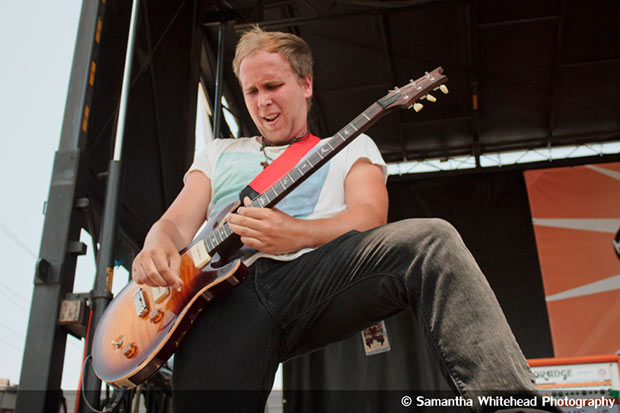 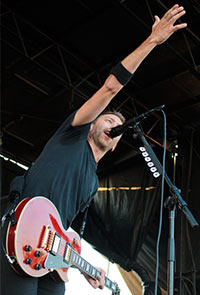 Despite the heat, morale among fans and bands alike could not have been higher.  High temperatures did not deter moshers or crowd surfers in the slightest.  An animated and enthusiastic audience received every band.  Fueled by the readily available vast quantities of Monster, the euphoria induced by the over-abundance of fantastic music, and the fact that – no matter your preference – gorgeous members of both genders wearing the legally required minimum of clothing were entirely too common, the attendance were having the times of their Nearly every band acknowledged the heat and thanked their audience profusely for braving it in order to hear them play.  The dedication of the fans was not lost on the performers.  Every band from Silver Comet and Tonight Alive to Rise Against and The Used delivered stellar performances that successfully emoted the spirit of the day’s revelry.  The sudden manifestation of a marathon pit encircling the Kia Rio stage brought on by Miss May I‘s performance was proof enough of that. 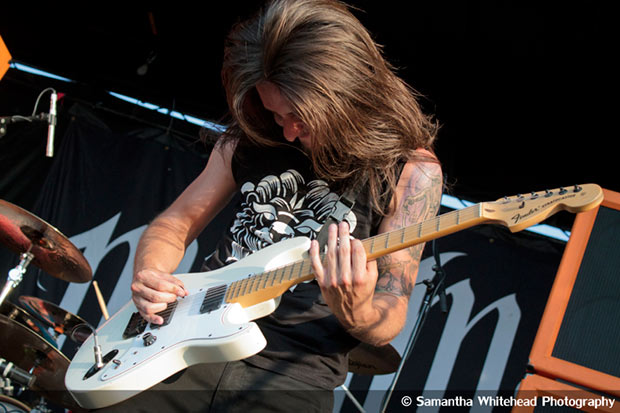 Following the summary consumption of eleven bottles of regrettably hot water, a brief melee with a deranged fan, the expulsion of several gallons of sweat, personal encounters with every enigmatic figure on sight from Kevin Lyman to Travis Clark of We The Kings , and the merciless rape of a perfectly good pair of human eardrums, this reporter can say beyond a doubt that the fans, bands, staff, and everything else about Vans Warped Tour is the embodiment of the music industry at its finest.  If you have the ability to acquire a ticket and attend the event, whether it be in full or partially, you are morally obligated to do so.