The back room of the Manhattan Inn seemed to expand its walls to make room as people sat and stood in every available crevice at the intimate, free show... 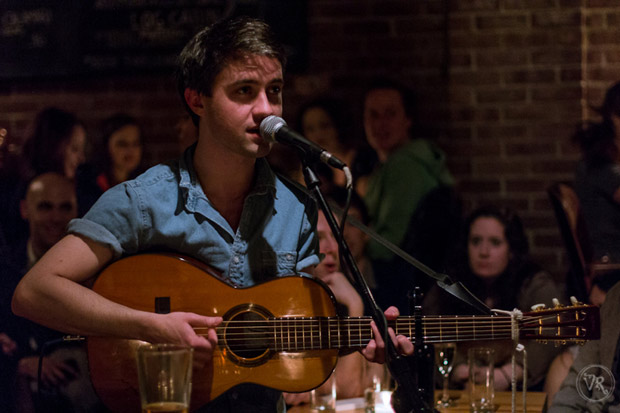 The back room of the Manhattan Inn, Brooklyn, New York, seemed to expand its walls to make room as people sat and stood in every available crevice at the intimate, free show celebrating the U.S. release of Villagers’ sophomore album {Awayland} (QRO review) on Thursday, April 11th.  A party for the album, Domino Records employees turned out in force, as did fans, who flew in from Europe and the West Coast specifically for the event.

Once Conor O’Brien of Villagers realized a private soundcheck would not be possible, he graciously performed a quick soundcheck while making jokes with the audience as they ate and stood and stared back at him in the round.  A nucleus in the center of the packed room, at one point he looked around at everyone and joked, “This is intense and weird!”  Someone yelled back that he was doing a good job.  And a marvelous job he did. 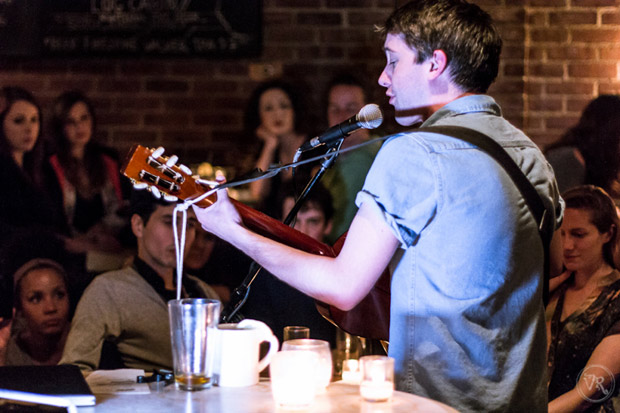 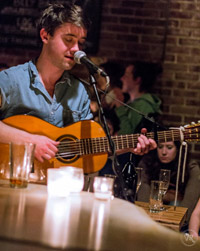 Pieces like “The Waves”, which are Technicolor and electric on the album, when played with the band were forceful enough to even quiet the chattering group in the corner.  O’Brien spoke of the songs and his time in New York with such intimacy that it felt as though we were all sitting with him in his living room sharing stories and song.

He shared that he’s had the best time of his life in New York during the week prior to the show and that he plans to move to the Big Apple.  “I’m going to live here until I die or forever, whichever comes first,” he said and the audience responded with cheers.  “Thank you,” he replied as he bowed to the crowd surrounding him.  “Thanks for coming.”

He played “Beatitudes”, saying that it didn’t make it on the album.  When introducing “Earthly Pleasure”, he explained, “It’s about cracking up and losing your mind and that’s okay.  It’s okay to crack up sometimes.”

After a lively back and forth with audience when he asked if there were any requests, he played “Set the Tigers Free” introducing it with, “This is a really depressing song, but there’s strength, there’s strength in depressing.”

He closed the evening with a beautiful poem by Patrick Kavanagh, ‘On Raglan Road’, after explaining, “I’ve recently become obsessed with Irish music for the first time in my life, which is bizarre seein’ as I’m from Ireland.”

O’Brien joined fans at the merchandise table and posed for pictures with them afterward.  Later the bar became The Smiths dance party as O’Brien, Domino employees and fans alike danced to a plethora of The Smiths songs from The Queen Is Dead.  He told QRO that The Queen Is Dead is the best album ever.  Following dancing, he played a thunderous duet on the piano in the backroom with a new friend from Brooklyn. 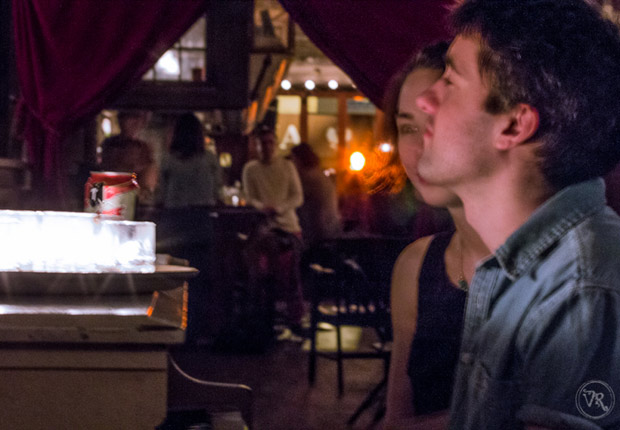 All said, this was a unique and special show that this reporter was honored to attend.

Villagers are playing Europe and the festivals this summer with a rumored appearance at a Japanese festival and a U.S. tour in the works. 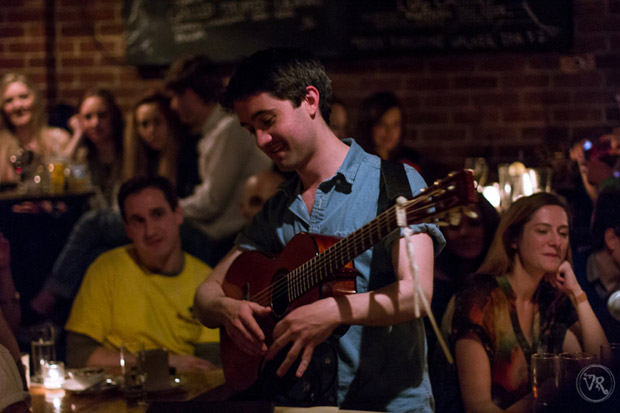