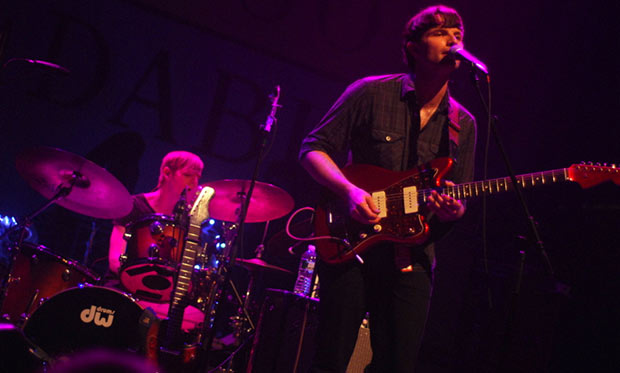 Click here for photos of Violens at Great Scott in Allston, MA on April 29th, 2012 in the QRO Concert Photo Gallery

Click here for photos of Violens at Bowery Electric in New York, NY on July 23rd, 2010 in the QRO Concert Photo Gallery

Click here for photos of Violens at CMJ 2009 in New York, NY in the QRO Concert Photo Gallery

Click here for photos of Violens at 92YTribeca’s opening in New York, NY on October 11th, 2008 in the QRO Concert Photo Gallery

Click here for photos of Violens at South Street Seaport in New York, NY on August 22nd, 2008 in the QRO Concert Photo Gallery

Brooklyn’s Violens played a special one-off show at Terminal 5 in New York on Wednesday, March 28th, opening for The Joy Formidable (QRO photos) and A Place To Bury Strangers (QRO photos).  It was a late-announced add to the line-up, though it wasn’t surprising that someone was added, as when The Joy Formidable (QRO live review) announced their Spring 2012 tour with A Place To Bury Strangers (QRO spotlight on), the first opener for much of the tour was EXITMUSIC (QRO photos at an earlier date on the tour) – but not in New York.  Still, it was only days before the show that Violens was added.

The late announcement and early start time (7:30 on hump day) meant that it wasn’t exactly crowded when Violens took the Terminal 5 stage (and that’s a venue where 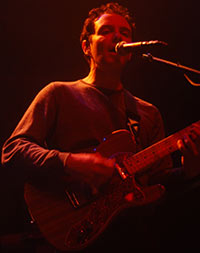 you start on time – QRO venue review).  That did mess somewhat with Violens’ sound in the early going, as the big, three-floor venue can give odd effects when not full (also not helping – the show was far from sold-out, with the venue closing the third floor to make it look fuller, as it sometimes does when not sold out).  It made opener "Every Melting Degree" at little scratchy, and lost some of the beauty of the following "Totally True". 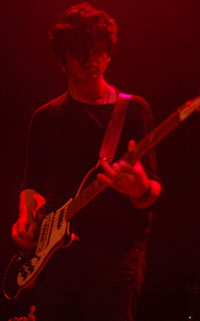 Those two songs and the next two were from Violens’ upcoming sophomore release, True – so even if you were familiar with Violens, you weren’t with the songs that don’t come out on record until May 15th.  And the four-piece also played two songs, "Something Falling" and "No Look On Time", that aren’t on True, 2010’s debut LP Amoral, or even 2009 debut v EP (QRO review).  Still, they fit with Violens’ sound, a relaxed one on "Something" and a sunnier one with just enough rock on "Time", the latter of which reminded one of Brooklyn break-out The Pains of Being Pure at Heart (QRO live review) – indeed, on bass was none other than Pains drummer Kurt Feldman (regular bassist Myles Metheny was touring with The Drums – QRO album review), with his flock of seagulls haircut matching the eighties John Hughes film soundtrack of Pains & "Time" (and to make it more incestuous, on drums was T.J. Orscher of Bear Hands – QRO spotlight on – regular drummer Will Berman was on tour with MGMT – QRO live review). 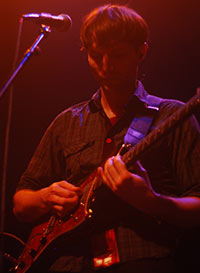 Thankfully, the crowd did grow as Violens’ eight-song set went on [also thankfully: photographers were allowed to shoot from the pit for Violens’ entire set, a great boon to those who didn’t make it there by the early start time, or, like QRO, had their photo pass lost by the always-losing-photo-passes Terminal 5 box office, and were only saved by quick action during the set from Violens’ manager and publicist…].  They rocked harder than perhaps they do on the prettier True, but that was a good choice when opening for the more active Joy Formidable.  It was still a big change when A Place To Bury Strangers came on stage, thanks to their neo-noise-rock – not to mention lack of any lighting save a strobe light and some smoke machine [you want to see pissed photographers…].  But Violens nicely slid in and did their True thing at Terminal 5. 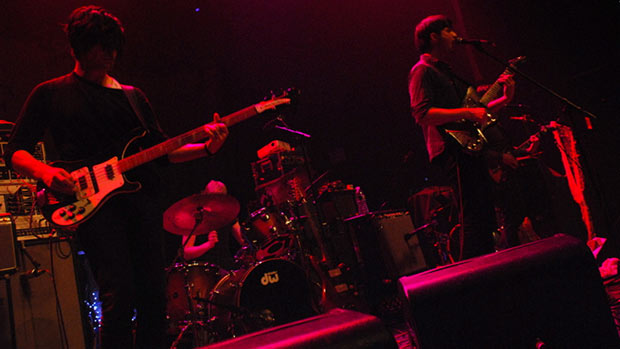