More Click here for photos of sights from this event in the QRO Concert Photo Gallery For five years, vitaminwater® and The FADER have teamed up to put on... 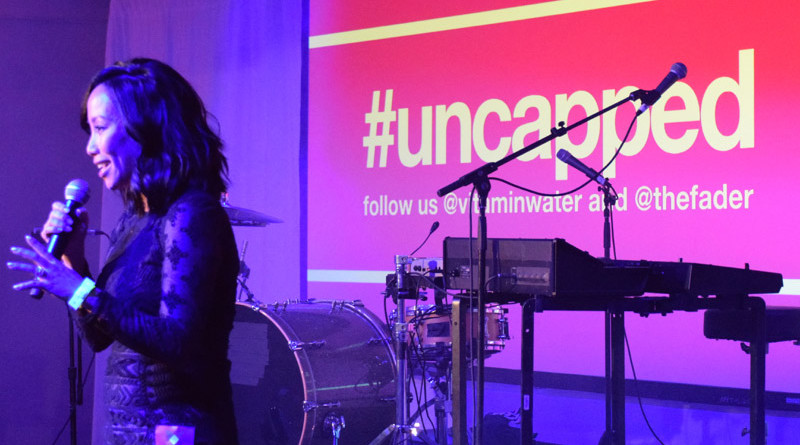 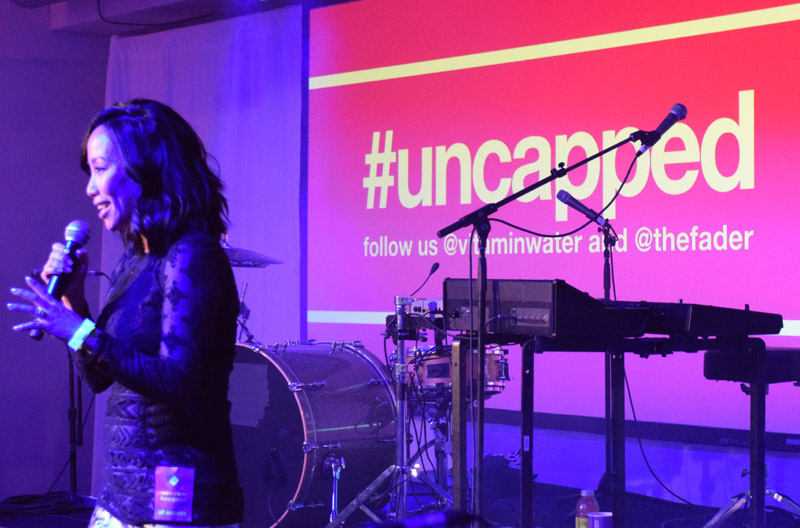 For five years, vitaminwater® and The FADER have teamed up to put on ‘#uncapped’ performances and events. The FADER provides the music & art, vitaminwater® provides the sponsorship, and fans get special free events & videos. #uncapped celebrated its fifth anniversary with a series of five shows at Pop14 in New York, September 29th to October 2nd, starting on Tuesday night with Matt & Kim and Sevyn Streeter. 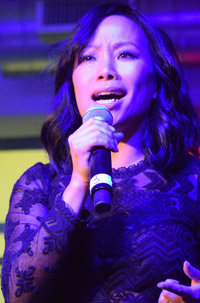 Pop14 (on West 14th Street) was very modern and lit up, and yes, there were free drinks: Tito’s Handmade Vodka plus one of three flavors of vitaminwater®. The drinks were billed as special cocktails, but by the end of the night even the bartenders were just asking patrons which vitaminwater® they wanted to mix with their vodka & ice. There was also a station making free t-shirts that was very popular and busy. 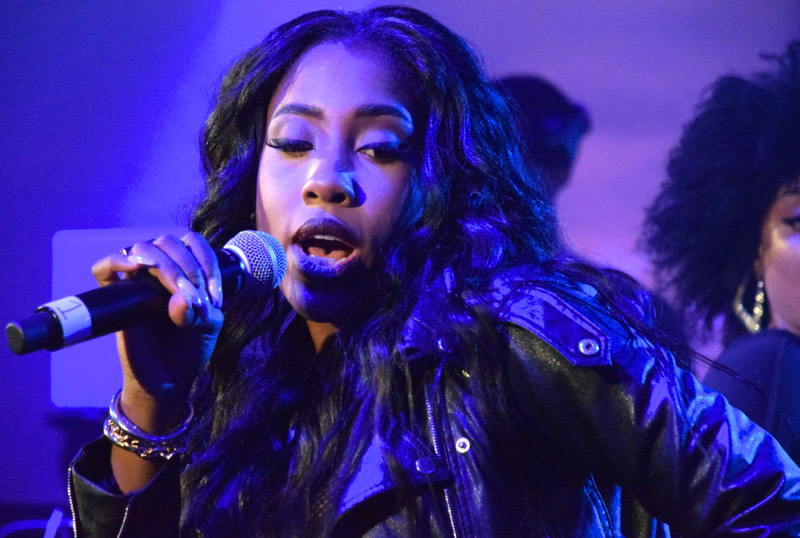 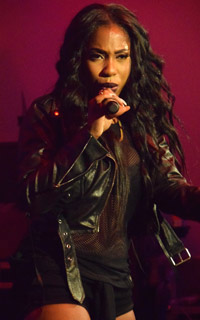 Radio presenter Miss Info introduced the first act, Sevyn Streeter. Previously a member of girl groups like RichGirl and TG4 (and previously known as Sev7n), as well as writing for musicians such as Chris Brown and Alicia Keys, Sevyn has now gone solo. On stage, however, two dancers very ably backed her up. In a big space, anything short of a chorus line can fail to make a mark (they can’t be amplified like the music), but at this performance they very much made their presence known. Unfortunately the crowd didn’t seem truly fired up – always an issue at free events, where people aren’t just there for the music. 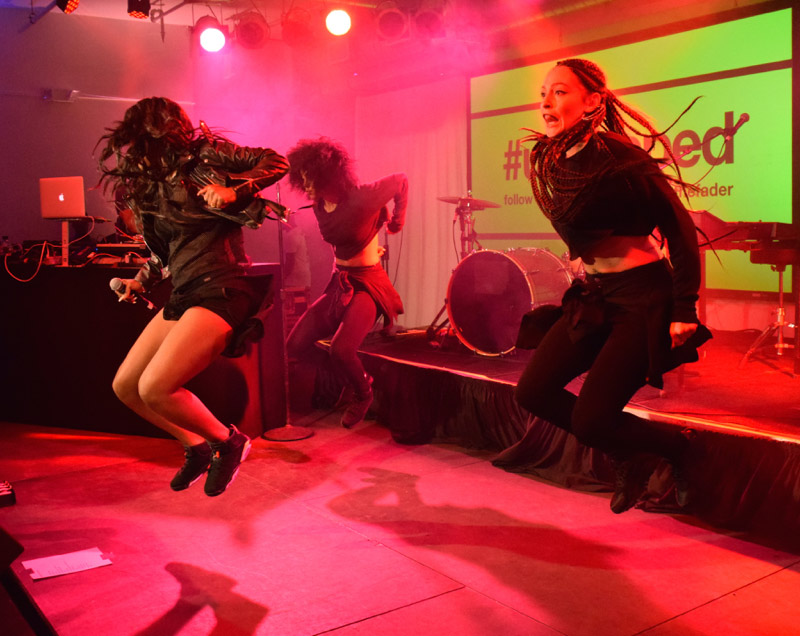 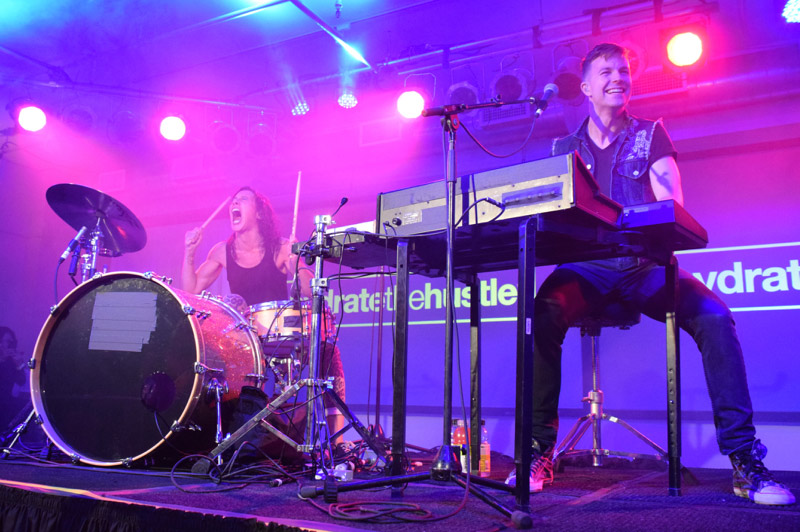 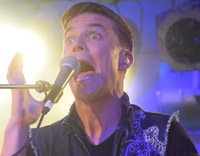 But no one fires up like Matt & Kim. The duo’s infectious energy is renowned, as is their ability to play with anyone (being a FADER curated series of events, the rest of the series was hip-hop/R&B, but Matt & Kim are on FADER’s own label). The pair played their best-known songs, such as “Overexposed”, “Let’s Go”, “It’s Alright”, and “Cameras” (though this time their water didn’t “comes straight from the tap” and the bottles “weren’t just for show” – but singer/keyboardist Matt Johnson can now “see without these frames,” as he dreamed of doing on “Daylight”), and also some more recent pieces from this year’s New Glow (QRO review) like “Hoodie On”, “Can You Blame Me” and “Get It”. 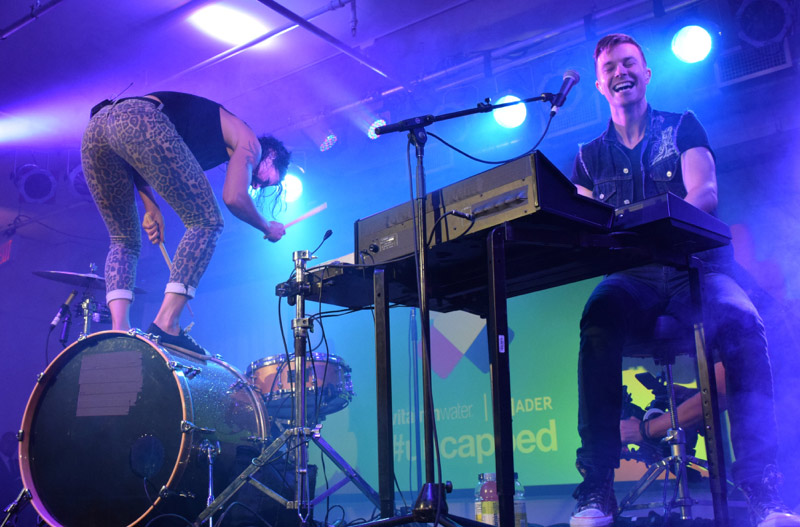 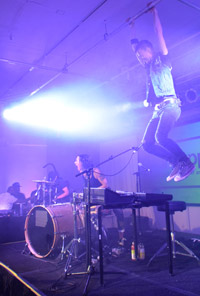 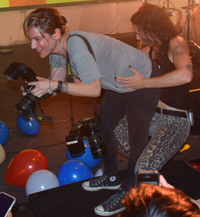 But the true heart of a Matt & Kim show is their antics. Johnson swung from an overhead pipe at the start, while drummer Kim Schifino did her custom crowd-surf booty dance despite it being “a bad idea” to be supported by a small crowd for them (and Schifino hitting her head on the ceiling). They threw out balloons to be inflated and bounced by the crowd, climbed atop their equipment, discussed Schifino’s good and bad boob days (she admitted that she “was on an itty-bitty titty day” – but Johnson noted that true gentlemen enjoy all kinds of titties…) – Johnson even got one of the staff photographers in the photo pit to come out and twerk with Schifino (your correspondent had regretfully left the pit by that point…). 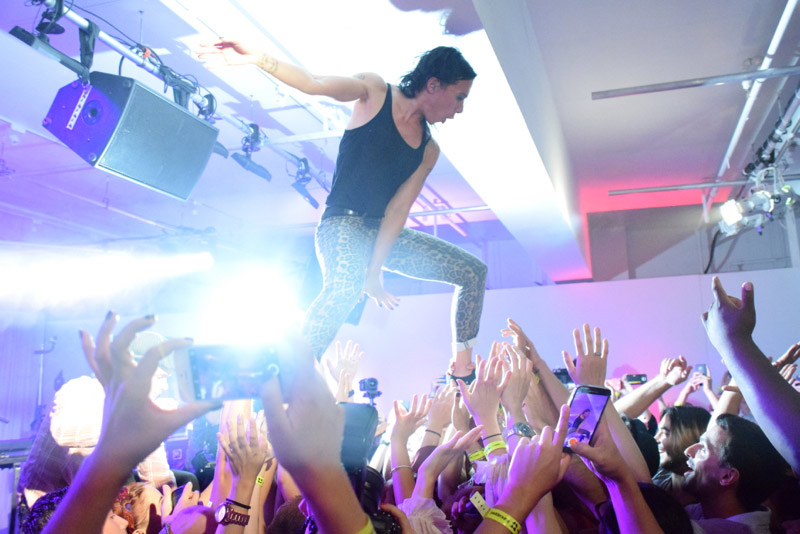 vitaminwater® #uncapped continued through the week, closing with Chance the Rapper on Saturday night – a ticket so hot that the place hit capacity very early, even for VIPs and media (including QRO’s photographer, unfortunately…). Raise a bottle to five more years… 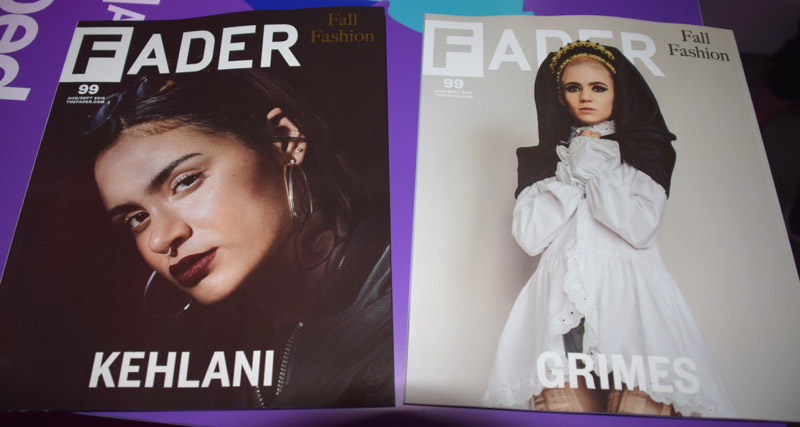