<img src="http://www.qromag.com/wp-content/uploads/2012/06/walkthesunmay29.jpg" alt="Walk the Moon : Live" />The ascension of Walk the Moon should continue throughout the rest of the year and possibly beyond. ... 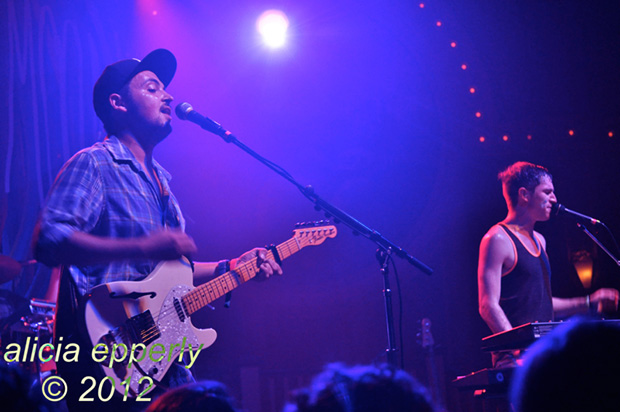 Click here for photos of Walk the Moon at 2012 Governors Ball in New York, NY in the QRO Concert Photo Gallery

Click here for photos of Walk the Moon at CMJ 2011 in New York, NY in the QRO Concert Photo Gallery

Walk the Moon played an "I Saw Them When" show for a local radio station in Portland, which gave a chance for the curious to check them out.  It was a $0.97 show on May 29th at the Crystal Ballroom and was advertised as sold out.  The Crystal holds 1500, but it was clearly not full.  In all, maybe there were 1000 people, which was still a good turnout.  These types of shows can be interesting when an artist has not released their major label debut yet.  But their single "Anna Sun" has been everywhere since it was self-released last summer and the buildup has continued into this summer.

"The Liftaway" opened the night and from the beginning drummer Sean Waugaman’s talents were on display.  His tribal beats rocked the crowd from the first strike of his drumsticks.  "Quesadilla" followed next, and Waugaman & bassist Kevin Ray continued 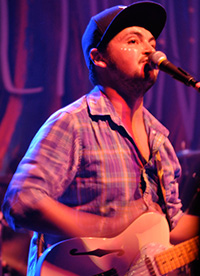 the rhythm heavy set throughout the night.  Vocalist Nicholas Petricca was a great frontman and really knew how to connect with the audience.  He also worked the synths as well and guitarist Eli Maiman was free to riff away, showing that they are a guitar and rhythm band first and foremost, and synths are there for texture.

Walk the Moon played a number of songs from their independently released their debut, i want! i want! (2010), and threw in a few new ones as well ("Next In Line", "Tightrope", "Tete-a-Tete", "Shiver Shiver").  Their upcoming major label debut is scheduled be released this summer and will contain five new songs and the rest from are from i want! i want!.  Sadly it appears that "The Liftaway" won’t be on it and from the response of the audience, it’s good 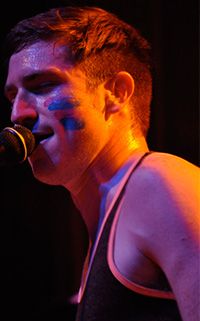 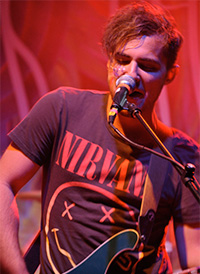 "Anna Sun" closed out the main set, which, of course, lead to the loudest cheers of the night.  After a short encore, "I Can Lift a Car" closed out the night.  If the crowd reaction is any indication, this band has a future.  Depending on what the next single is to follow "Anna Sun", the ascension of Walk the Moon should continue throughout the rest of the year and possibly beyond. 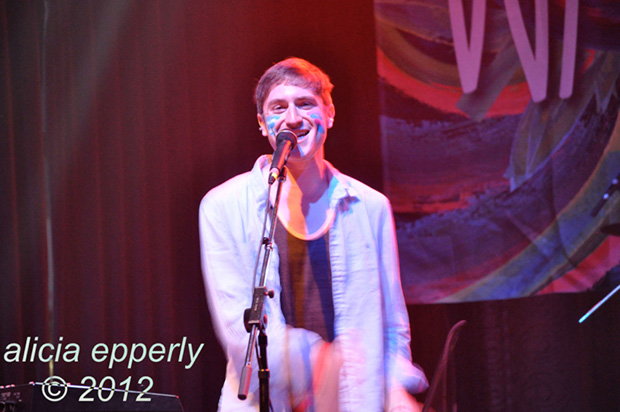 Danny Bemrose of Scars on 45