Wand was discovered by Ty Segall, but differs in some important ways from the other artists on his label, Drag City.... 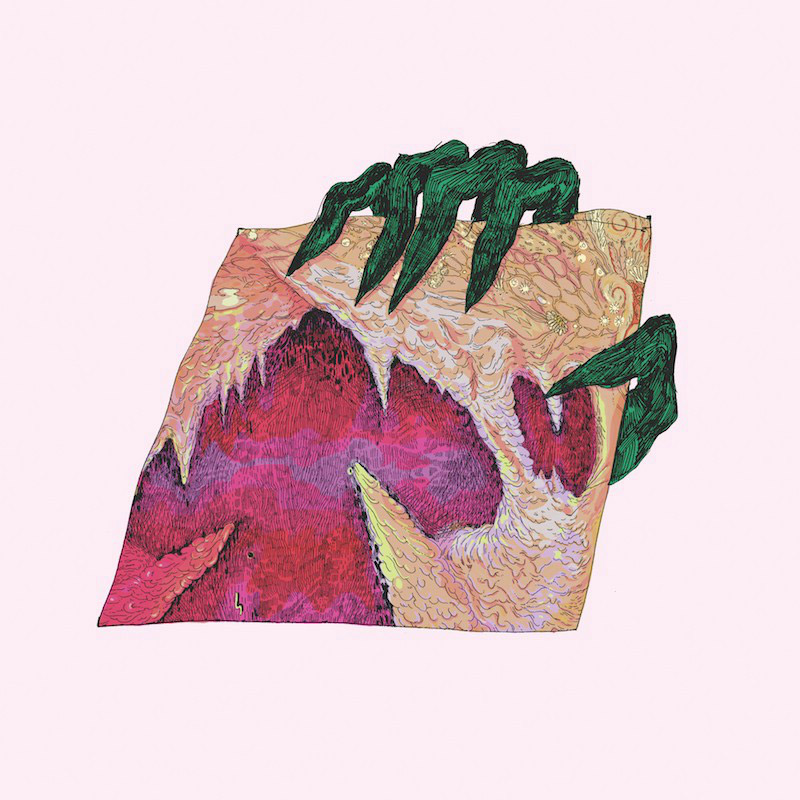 Wand was discovered by Ty Segall, but differs in some important ways from the other artists on his label, Drag City. Ty Segall, and even much of rock right now is softer, ironically, in the guitar, and brutal in the vocal and lyrical approach. Wand is everything that is right about playing in a band. Their sound is not for the faint of heart, though. It is very raw, and the construction is not always there. The instruments do not fit together, as much as create noise at times.

The introduction to “Send/Receive (Mind)” is a good way to start an album with style; the single fuzzy repeating note is catchy. It is also a good example of where their musicianship could get better. The vocals and lead guitar are limited, as is the case throughout Ganglion Reef. Moving on to “Clearer” the album gets very metal, with a drum line that is reminiscent of grunge bands. “Broken Candle” may be the best song, as it is more free flowing, and averting from metal at least little. “Fire on the Mountain” is solid psychedelic rock, but mostly bridges the gap between the other pieces.

“Flying Golem” starts great, it has a sort of natural folk intro, and a psychedelic rock feel. “Strange Inertia (Ctrl Alt Death)” rounds out the metal portion of the album. There is a distinct Nirvana vibe in “6661”, which is not necessarily a bad thing. “Growing Up Boys” is the one acoustic song on the album, and really good. One might think suddenly they are listening to Neil Young folk.

Often times one feels as if they are listening to a Kyuss album, but the fuzz Wand brings is uniquely their own. This is perhaps the greatest compliment a rock band can get. Many bands try to do what Wand does, but most do not succeed, or simply are not discovered. This makes Wand really interesting. They are just playing metal guitar, with garage fuzz pedals. Anyone can do that, but turning it into accessible songs is harder. Granted, the vocals are sometimes a little muted. Is the album meant to be psychedelic? Is the simplicity good or bad? It is mostly good. If most people naturally respond to loud music in a visceral way, and the response is negative, this can often hurt the band in question. In this case, it helps, and it is hard to hate this music. Every track on here is solid, with the obvious exception of the nineteen-second “On Ganglion Reef”.