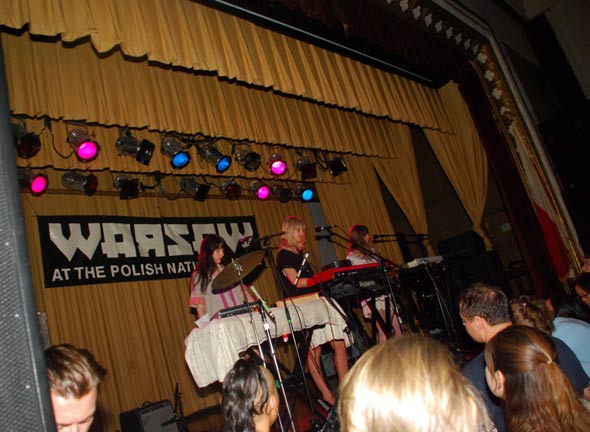 Warsaw is located on 261 Driggs Avenue, at the corner of Driggs and Eckford Street.  It is a block east of Bar Matchless, southeast of Greenpoint’s late Europa and Studio B, and to the northeast of Williamsburg venues like Music Hall of Williamsburg, separated by McCarren Park.  Its official name is ‘Warsaw At The Polish National Home’, as it is the event hall for The Polish National Home.  Starting just before 2018, Warsaw joined with fellow Live Nation venues Bowery Ballroom, Gramercy Theatre, Irving Plaza, and Mercury Lounge, and as ‘Mercury East Presents’.

Past the doors and a large lobby, Warsaw has a sizeable ballroom, with a stage built in at the far end, and a seated balcony behind.  A bar is located to the house-left.  The venue most clearly resembles Brooklyn Masonic Temple, from its turn-of-the-century social organization origins to its ‘more-of-a-ballroom-than-Bowery Ballroom’ design, as well as being only infrequently used as a rock concert venue.  A place that’s seen better days, Warsaw could still deliver, if it wants to.

261 Driggs Avenue, at the corner of Driggs and Eckford Street 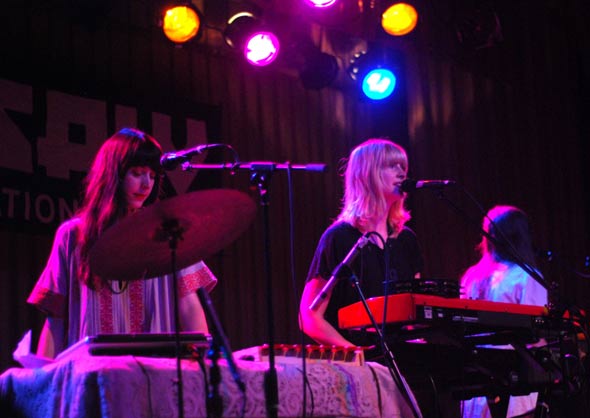