Ernest Greene and company never disappoint, and Washed Out brought the first sold-out show of their 2022 tour to the Empire Control Room & Garage in Austin.... 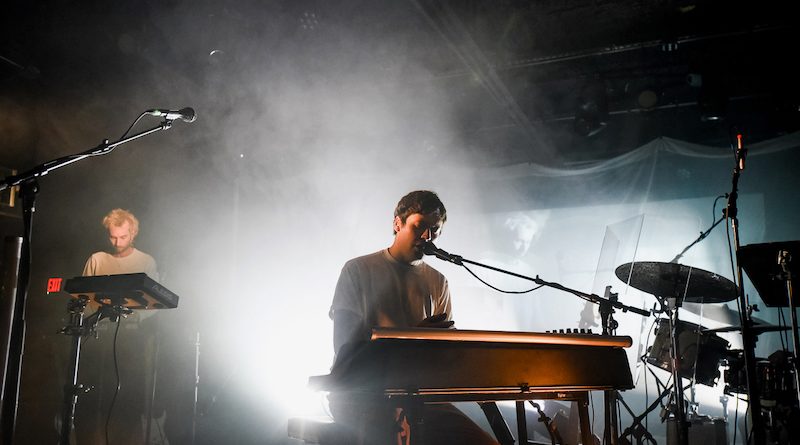 Click here for all of QRO’s coverage of Washed Out in QRO’s ‘Spotlight On : Washed Out’ feature

Ernest Greene and company never disappoint, and Washed Out brought the first sold-out show of their 2022 tour to the Empire Control Room & Garage in Austin, TX on a chilly January 14th Friday night. Amidst cancellations of the Canadian run of shows due to pandemic restrictions, Austinites of all ages packed the modest-size outside venue to catch a glimpse of Greene’s chillwave vibe with opener LANNDS. Since the Pandemic has meant most bands haven’t had a chance to tour in the last two years, it’s probably a safe assumption that most Washed Out fans have yet to see the live debut of 2020’s Purple Noon (QRO review). Opening with “Too Late” from said latest album, eager fans screamed as they finally got to hear an artist they have waited quite a while to see live.

In studying the album packaging for Purple Noon, it’s easy to feel Greene’s desire and need for sexy and elegant design aesthetics. The minimal, clean look that even the merch holds itself to perfectly embodies the newest album, as well. One can easily envision yachting about the Greece isles or off the coast of Spain while spinning this luscious record. The audience responded appreciatively to every new song, enjoying songs such as “Time to Walk Away” and “Face Up”. True fans were certainly as appreciative of 2013’s “All I Know” and 2009’s “Feel It All Around”.

2011’s Within and Without (QRO review) set the tone for roughly half of the set though, with “You and I”, “Amor Fati”, “Eyes Be Closed” and “Soft” featured throughout the night. Last year’s only single “Hide” made an appearance mid-set, which brought a high-energy dance vibe to an otherwise calm and relaxing feel to the night. 2017’s “Get Lost” from Mister Mellow was the perfect way to end the night, which left everyone leaving the venue desiring another encore or two as well as another place to go dance downtown on a refreshing winter’s night.