It was a fairly ‘typical’ We Are Scientists show, in that it was some great music, great laughs, and lots of fun.... 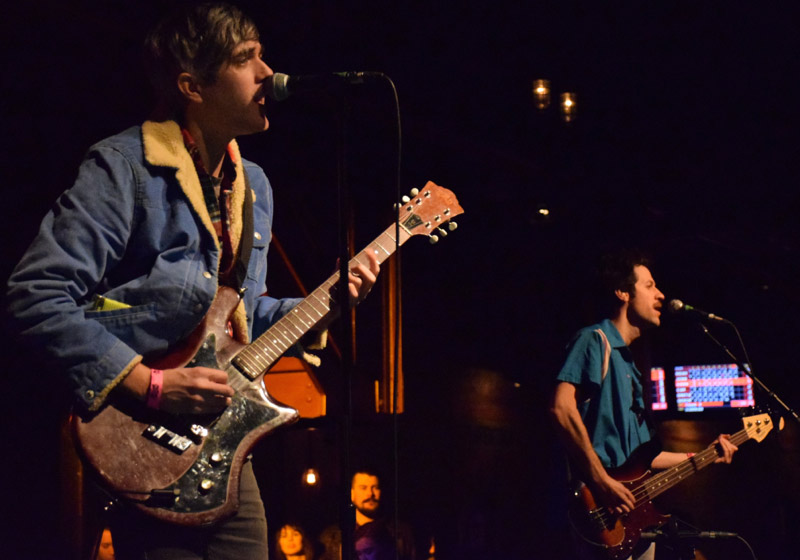 Some musicians are the auteurs, delivering intricate and exquisite, if sometimes baffling, performances. Then there are the hard-hitters, who bring bombast and power to their appearances. But if you just want straight fun, go with We Are Scientists, who brought it in spades when they played Brooklyn Bowl (QRO venue review) on Thursday, November 20th.

We Are Scientists playing “Nobody Moves, Nobody Gets Hurt” live at Brooklyn Bowl on November 20th, 2014: 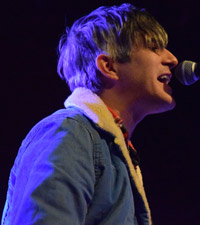 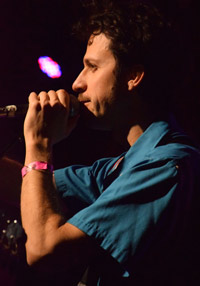 After touring this year’s TV En Français (QRO review) in the spring & summer, this was a one-off tail-end show for ‘New Legends Concert Series’, presented by TurnStyle Music. This gave We Are Scientists more freedom with the set list, not having to make TV as prominent, but instead of just sticking to the singles, they mostly alternated between the newest album and the earliest, With Love and Squalor, with a few from 2010’s Barbara (QRO review) and closing with 2008’s Brain Thrust Mastery (QRO review) – plus a choice cover, Stone Temple Pilots’ “Interstate Love Song” (which interestingly was not on last year’s covers EP, Business Casual).

We Are Scientists playing “I Don’t Bite” live at Brooklyn Bowl on November 20th, 2014: 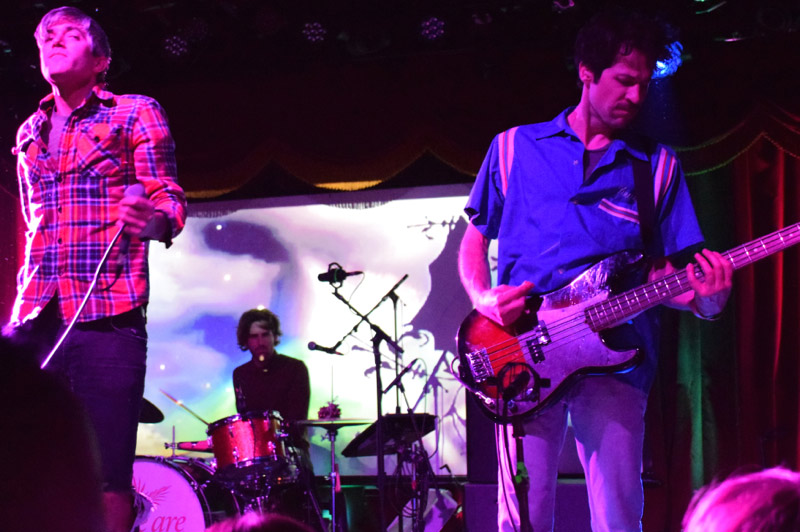 We Are Scientists playing “Make It Easy” live at Brooklyn Bowl on November 20th, 2014: 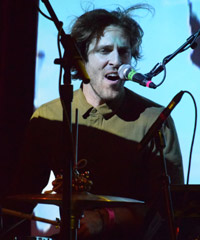 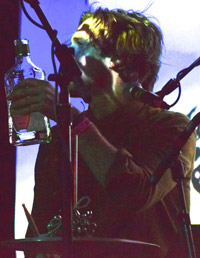 Of course, a major reason you got to a We Are Scientists show is for the between-song banter between singer/guitarist Keith Murray (QRO interview) and bassist Chris Cain. When they weren’t sharing a bottle of something with touring drummer Keith Carne (or ‘Keith Jr.’), Murray & Cain talked about “phasing” (apparently a guitar technique that Murray’s guitar teacher Tim Wheeler left a blind spot on – but Wheeler’s flyer did only say “Teach You Giter”…), that more wars were ended than started due to their latest album/movement/“Sonic Highway” (no need for Dave Grohl to credit them with that title, “Water under the bridge” – which is gonna be the name of the next Foo Fighters record…), thanking those with an allergy to bowling who came, “Jung’s Guys” vs. “Brun’s”, and more. Before “Interstate”, Murray got Wheeler himself to join on stage, as Murray said, “Here’s the very first song I learned to play on guitar – about six months ago…” 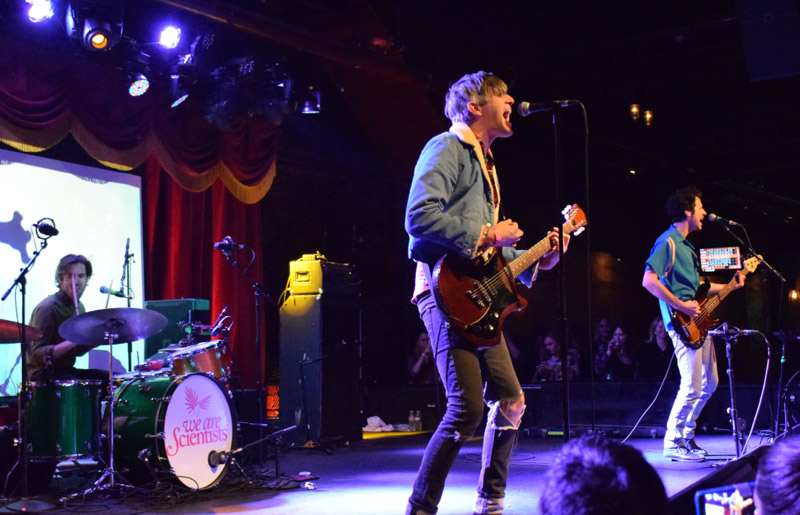 We Are Scientists playing “Ghouls” live at Brooklyn Bowl on November 20th, 2014: 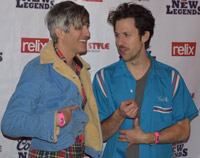 Wheeler stuck around for the following song, the evening’s closer “After Hours”, which appears to have been returned to its long-held place on the set list as finisher (before “Interstate” was fellow, but much rarer, Brain song “Ghouls”). ?uestlove started up right after in the DJ booth for his weekly ‘Bowl Train’ DJ set (note: security would not allow photos), while Murray & Cain could be found at the merch table, which also had a TurnStyle Music backdrop for selfies with them. It was a fairly ‘typical’ We Are Scientists show, in that it was some great music, great laughs, and lots of fun.

We Are Scientists playing “After Hours” live at Brooklyn Bowl on November 20th, 2014: