There are some acts that you’re just always glad to see.... 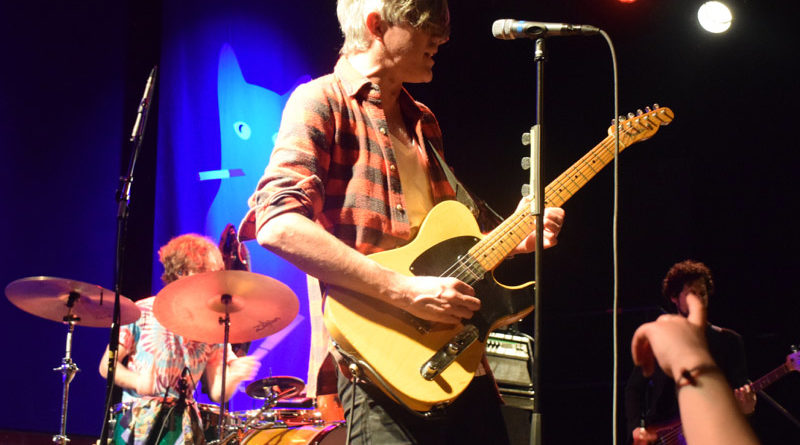 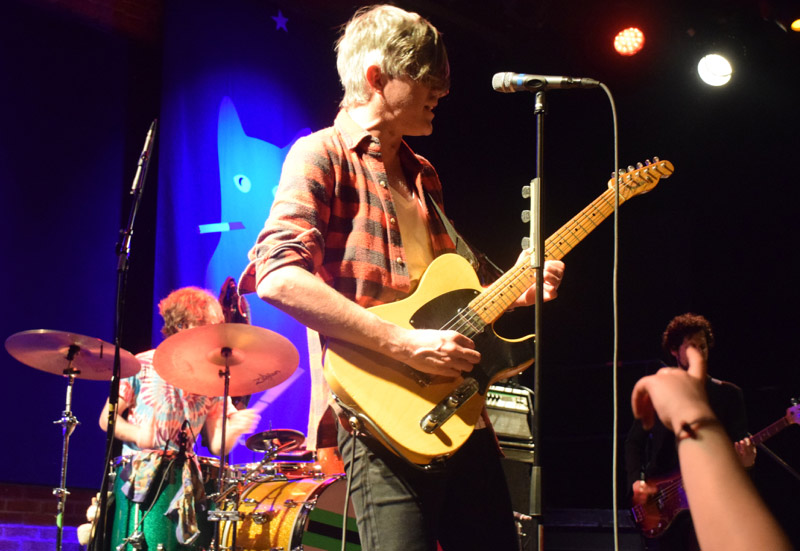 There are some acts that you’re just always glad to see. In contrast to the artists who you fall in and then out of love with, who impress and then disappoint, who were essential in their time but that time is past, who you got so into that you got sick of them, there are those who are never not welcome. We Are Scientists are one of those acts, and wore their welcome when they played a hometown show at Music Hall of Williamsburg (QRO venue review) on Thursday, January 12th.

Seemingly not part of any tour, the trio were coming off of last year’s Helter Seltzer (QRO review), and when they had played NYC for that album’s ‘official tour’, they actually did the tenth anniversary of their debut breakthrough With Love and Squalor (QRO live review), so this could have been a ‘make-up’, with lots of Seltzer. However, the group nicely mixed and matched from all of their albums, from Squalor to Seltzer and all in between. Too often groups eschew their old stuff for the new that they clearly prefer, but We Are Scientists have long been a band that live, plays the songs that the crowd wants to hear most. 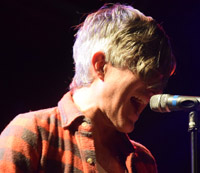 So yes, there was “Nobody Move, Nobody Get Hurt”, “It’s a Hit”, “Textbook”, and “The Great Escape” from Squalor. The lattermost was the into-encore break piece, while for “Textbook”, singer/guitarist Keith Murray (QRO interview) wandered the crowd, mike chord held up behind him, a journey that included him falling down and riding a fan’s shoulders. But there were also Helter pieces such as “Buckle” and night closer “Too Late”. And it’s neat how post-Squalor singles have become ‘old staples’, such as “After Hours” from 2008’s Brain Thrust Mastery (QRO review), which has gone from being their closer to their penultimate piece, encore return “Nice Guys” off of 2010’s Barbara (QRO review), or 2014’s TV en Français (QRO review) single “Make It Easy” (QRO review), which began the night. 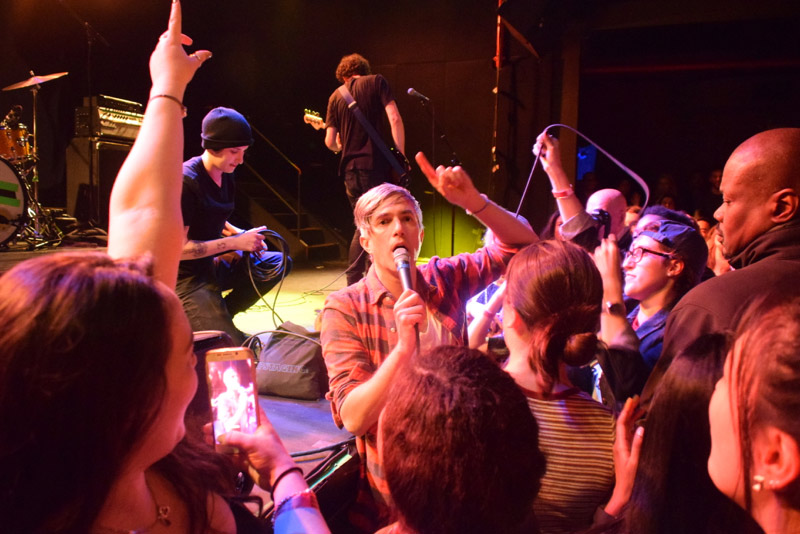 Yes, there was also some great between-song banter between Murray and bassist Chris Cain, such as discussing their pre-show tuning, fitness challenges, and “brain kegels,” though not as much as joking around as they have in the past. Perhaps by this point, with as much welcome material as they’ve got, We Are Scientists just needed every extra second.