We Are Scientists – Live

Scientists are hilarious live and in-person – but if you knew anything about the band, you knew that. ... 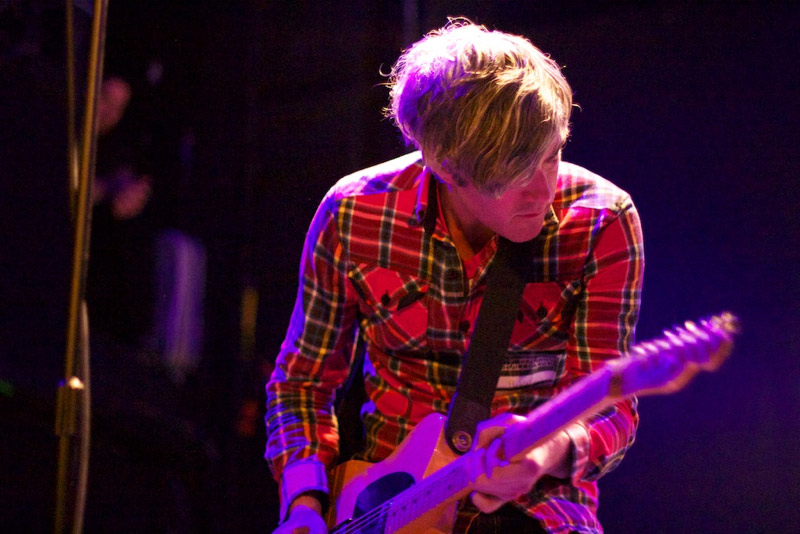 We Are Scientists are hilarious live and in-person – but if you knew anything about the band, you knew that.  Singer/guitarist Keith Murray (QRO interview) and bassist Chris Cain have a meandering, totally unscripted between-song banter that’s so funny it can threaten to take over any show that they do.  It’s gotten to the point where fans expect it, wonder what they’ll joke about at this performance – but it shouldn’t be forgotten that they’ve ‘also’ got great music that is extremely fun to hear in its own right live, like at New York’s Bowery Ballroom on Friday night, April 18th.

We Are Scientists playing “What You Do Best” live at Bowery Ballroom in New York, NY on April 18th, 2014: 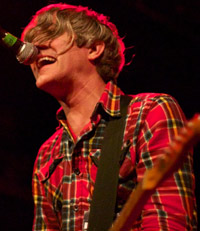 Stopping off at home while touring behind last month’s new TV en Français (QRO review), We Are Scientists were in very friendly confines at Bowery (QRO venue review), and the band returned the favor – though starting their set with Français’ “Return the Favor” was a bit of a slow way to start the evening.  Instead, it was the following “After Hours” that really kicked things into high gear – a song that had closed their sets (QRO live review of such a set) pretty much ever since it came out on 2008’s Brain Thrust Mastery (QRO review), the band was challenged before this tour to stop using it at the end, and took that challenge to heart, moving it to almost first on the set list.  The set was pretty much high energy from then on, but not ‘just high energy’ – there’s an emotion behind the songs, and there’s more to them than just dancing & shouting. 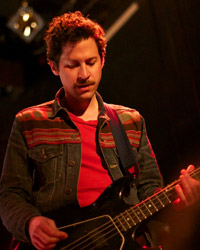 Being the tour off of Français, naturally it dominated the set list, but it’s also their fourth full-length, so there was also naturally more – especially from their first album, With Love & Squalor.  That was their breakthrough, but also their least favorite of the four, so it was great that the band was still into playing old songs like “Nobody Moves, Nobody Gets Hurt” or “Textbook” (which was particularly amped live).  The mixing-and-matching between Français, 2010’s Barbara (QRO review), Mastery and Squalor was such that at no point were there two songs from the same record back-to-back – yet the flow of the night never suffered.  Instead, such one-two-threes as Squalor’s “What You Do Best”, Barbara’s “Nice Guys”, and Français’ “Make It Easy” (QRO review) worked to a T.  They went into the encore with first hit single “It’s a Hit”, and though the initial Français–Squalor return of “Courage” and “Can’t Lose” felt a little slow, the second Français–Squalor one-two of “Slow Down” and “The Great Escape” was anything but slow.

We Are Scientists playing “Make It Easy” live at Bowery Ballroom in New York, NY on April 18th, 2014: 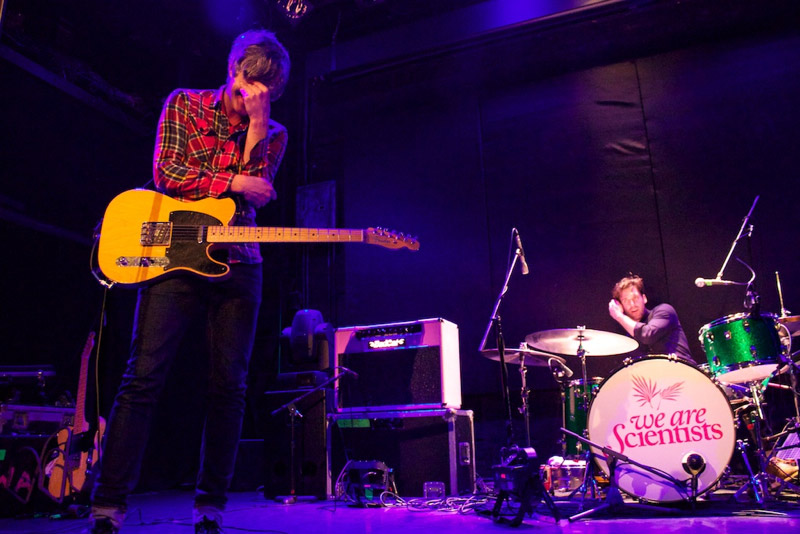 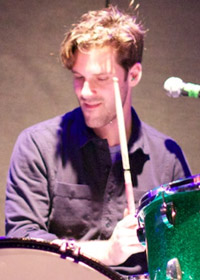 Oh, right, the joking around – yes, there was lots of that as well.  Murray mentioned being home and doing standard New York things like going to the Statue of Liberty, with which Cain added about taking photos with the guys dressed up like the Statue of Liberty, with “green dicks.”  “Green dicks!” quickly became the chant of the evening (partly because at one point Murray asked for it to get out of a moment of silence) – even when “Riff job!” (how Cain insisted on describing treating his pedal right) temporarily took over, a lone soul near Murray brought “Green dick!” back.  Touring drummer Keith Carne took that cue for his own ‘riff job’/snare hit, which Murray stopped because he thought Carnage was “minimizing the green dick.”  Cain interjected that maybe Carnage was going to maximize green dick, so Murray challenged Carnage to do so, with which Carnage did not once, but twice, in what was described as ‘Michael Bay style’.  Oh, and there was also jokes about the J and Z train either running poorly or “extra great” before & after the false start to “It’s a Hit”, and Cain thanked the crowd for having their shoes inspected before entering, because the band wanted to prevent someone from bringing in a photo of Murray from seventh grade and showing it around – as Murray slanged, “I’m not aBOUT dat!”

If none of that makes any sense, well, you kind of had to be there – catch Murray & Cain talking about New York & beer before “Dumb Luck”:

There are certain musicians & bands that are hilarious live, but usually they either play funny music or are from northern England/Scotland, for some reason (maybe the accent).  We Are Scientists manage to be funny and much more, maybe nowhere more so than at home in New York. 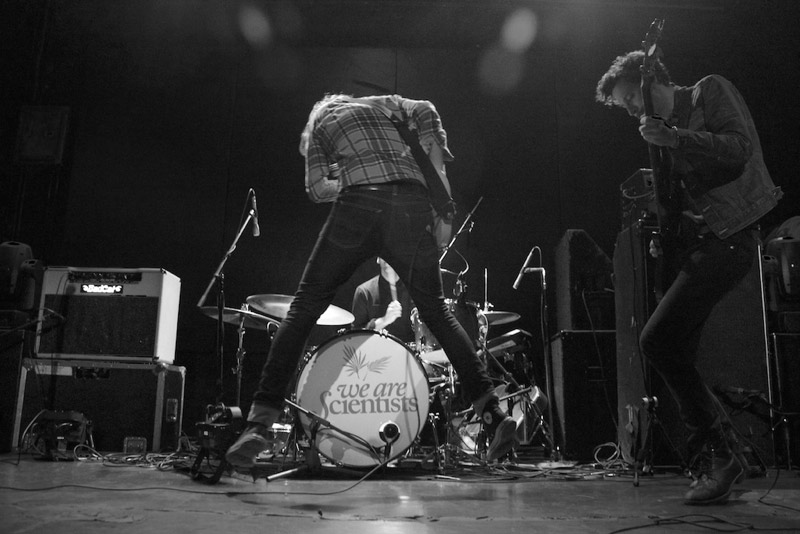