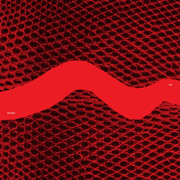 Last year, Weekend quietly emerged with one hell of a noisy album titled Sports.  With distorted, layered guitars and distant vocals, reviewers were quick to label them shoegaze.  Weekend may have been gazing at their shoes during recording, but to file them under one of the most misused genres in music journalism is just plain laziness.  Inspired by the age of post-punk, Sports hit all the right notes in its dissonance with the sonic assault of My Bloody Valentine and A Place To Bury Strangers (QRO spotlight on).  The San Francisco trio’s ambition and refreshing update on a musical style that emerged in the late ‘70s have more in common with Denmark’s punk outfit Iceage (QRO live review) than fellow Californians like Crocodiles (QRO album review).

Click here for photos of Weekend at CMJ 2011 in New York, NY in the QRO Concert Photo Gallery

Click here for photos of Weekend at Littlefield in Brooklyn, NY on July 6th, 2011 in the QRO Concert Photo Gallery

Click here for photos of Weekend at Music Hall of Williamsburg in Brooklyn, NY on April 5th, 2011 in the QRO Concert Photo Gallery

Click here for photos of Weekend at SXSW 2011 in Austin, TX in the QRO Concert Photo Gallery

In prelude to their upcoming second LP, Weekend has teased us with a five track EP, simply titled Red.  All the core elements of Sports still hold Weekend’s framework – reverb, distortion, lazy vocals – it’s just a bit refined and calmer.  Opener, “Sweet Sixteen” is nothing like the jet-fueled “Coma Summer “of their debut album.  The mid-tempo steady progressions of “Sweet Sixteen” may make you want to sway your body lethargically from side to side but wouldn’t you rather oscillate wildly?  Guess it all depends on what kind of drug you’re on…  The first single, “Hazel”, reveals Weekend’s ability to churn out catchy indie pop, echoed by the fourth track, “The One You Want” – the most nostalgic piece on Red, with bass recalling Joy Division/New Order, and guitar echoing Wire (QRO live review).  The prominent white noise fest of Sports, that would impress Mogwai (QRO live review), has taken the back row on the EP, surfacing now and then – like in the intro of “Your Own Nothing”.  What hasn’t been relaxed is the sense of the alienation amongst chaos, innate in singer/bassist Shaun Durkana’s vox.  The final track, “Golfers”, make you feel as if you’re watching a film about heroine addiction – just before the come down with its weighty, distorted guitars and intoxicated vocals, until half way through, the tempo quickens to recall Joy Division’s “Shadowplay”, before returning to mirror its genesis – completing a haunting mind trip.

While Red doesn’t have the visceral immediacy of Sports, it further demonstrates Weekend’s ability to tackle post punk from all angles, able to balance melody and noise into a beautiful chaos.  Tamed but unbound.