Weezer played a special intimate show behind their new album, 'Everything Will Be Alright In the End'.... 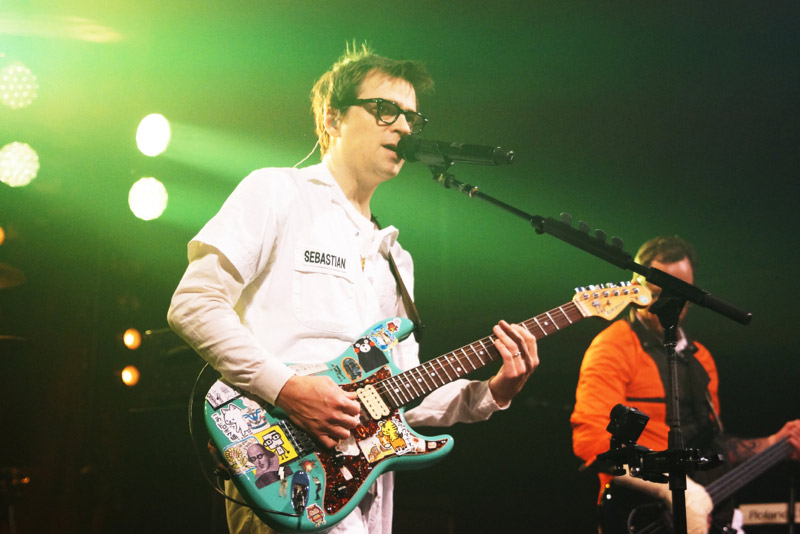 Click here for photos of Weezer at 2015 Project Pabst in Portland, OR

It’s been two decades since Weezer debuted with their amazing self-titled album, and the group has enjoyed massive commercial success – but declining quality.  It came to its nadir with their third self-titled record (also known as The Red Album – QRO review) in 2008, but things started to turn around with the following Raditude (QRO review) & especially 2010’s Hurley (QRO review – the less said about extras Death To False Metal, the better – QRO review).  The buzz around the new Everything Will Be Alright In the End (QRO review) is the best the band has enjoyed in many years, but it still would have to stand in the shadow of its oldest siblings.  Yet Weezer rolled the dice by devoting an evening to Everything, at the small-for-them Bowery Ballroom in New York on Monday, October 27th.

This was also a special night at Bowery (QRO venue review), and not just because Weezer could command $65 ticket prices and sell out the space.  There was no opener and a strict photo policy.  The house-left wing of the balcony was reserved for VIPs, like Everything producer (and Cars great) Ric Ocasek.  Both balconies had TV screens attached to their sides, arranged by the band – which was great for the stage-floor crowd, not so much for anyone in the front half of either balcony, where you had to be as tall as Ocasek to see over them (though it did make for a less-crowded balcony non-VIP wing for your correspondent, who spent his time up there with some Weezer fan club members, watching other people think they found a perfect spot in the empty party of the wing, only to get denied…).

The special show began with a special acoustic set.  It all started with singer/guitarist Rivers Cuomo on stage solo for “You Gave Me Your Love Softly”, an extra from the recent deluxe edition of sophomore record, Pinkerton (QRO deluxe edition review).  For the next song, Cuomo introduced guitarist Brian Bell to share singing for classic “Why Bother?”, which was the first of many crowd sing-alongs in the acoustic set.  Bell then introduced bassist Scott “The Show Must Go On” Shriner (perhaps dubbed that because he had an arm & fingers in a cast – but it was his playing, not fret, arm, and still had the two fingers free that he needed to pluck the bass), who remarked that when he headed down the rather old Bowery Ballroom stairs he felt like he was in their Muppets video (for “Keep Fishin”).  Shriner sang “King”, a bonus track from Red that was actually a really good choice, the dark, anti-hero country fitting for acoustic.  Shriner then introduced drummer Patrick Wilson, and the foursome was complete.

The rest of the intro set was old songs, Cuomo remarking that the last time they’d played NYC was on the ‘Memories’ tour, celebrating the old albums (QRO live review) – and now they were here to celebrate the new.  Of course, the crowd couldn’t get enough of the old – when Cuomo asked if they wanted to hear the rarity that they’d played at the prior two Everything shows, “Susanne”, or staple “No One Else”, the crowd (after an un-rewarded chant of “Play them both!”) polled for “No One”.  Interestingly, Cuomo had asked because some of the people there had been at either/both of the prior Everything shows, and he thought that those folks would want to hear something new, but the first-timers would want “Susanne” – yet it seemed like the opposite was true, with fan club repeaters wanting “Susanne” again, the first-timers “No One Else”. 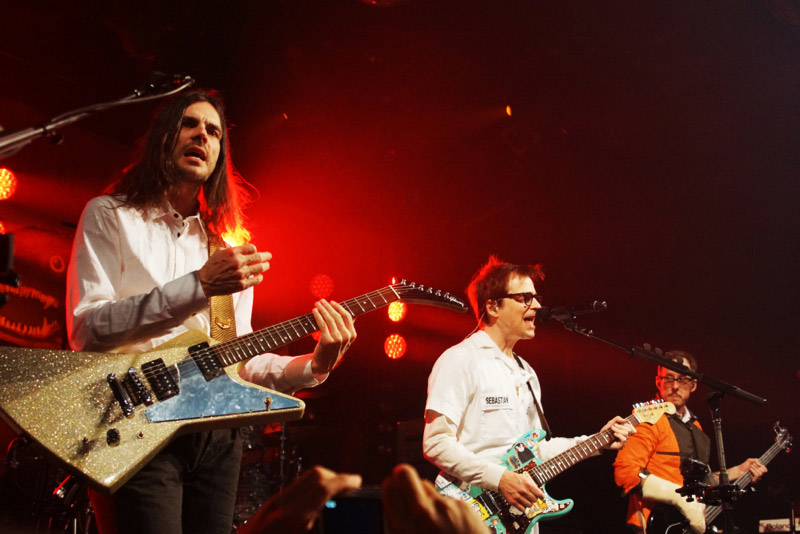 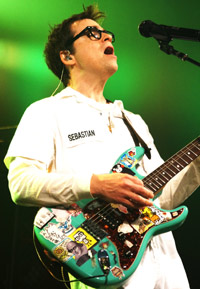 But the evening wasn’t about oldies & rarities acoustic, but the new stuff electric.  It was a risky gamble for Weezer, considering how great/desired their old stuff is, and how relatively less-loved their new material has been for years now.  That was why the show was at such a small place for these Madison Square Garden headliners (QRO photos at MSG) – only the die-hard, Weezer-can-do-no-wrong fans, not the fair weather types, would come (and it was indicated what the show would be when tickets went on sale).  It was also a place for them to essentially ‘rehearse’ playing new songs before bringing them to the stadiums.  And it was a place to see if the positive buzz for Everything was justified.

And it was.  Everything is a decided return to their four-piece rock sound.  You could say it was exemplified by “Back To the Shack”, where Cuomo even states the he should go back to lead guitar, “and Pat should play the drums” (which would have been a great spot for a drum solo – or Frisbee catch).  Or it could been seen in recruiting Ocasek to produce – he’d produced their first two self-titled records, Green and debut Blue, and was right there in attendance (easy to spot the very tall Ocasek – even saw him buying his own drinks!).  There were other people on that stage (including roadies in lab coats) but Wilson never left the drums. 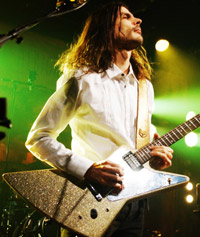 “I Ain’t Got Nobody” was a great, big rock opener to let you know that the acoustic session was over – and then “Shack” let you know where you were.  Other particularly strong Everything songs were “The British Are Coming” and “Da Vinci” – both utilized the screens to showcase Cuomo’s clever lyrics (“Even Da Vinci couldn’t paint you / Stephen Hawking can’t explain you”).  ”Go Away” had Lizzy Plapinger of MS MR for the duet, while “Foolish Father” closed with a chorus of black-robed fans singing the closing line/album title – and Shriner picked up a double-neck bass for the record’s triptych “Futurology” finish.

Of course Weezer had to do an encore, “Tired of Sex”, but the night was about the new album – and more. It was about a late great that may have never broken up, but you may have forgotten about, not only reminding you that they were great, but showing you that they are great once again. 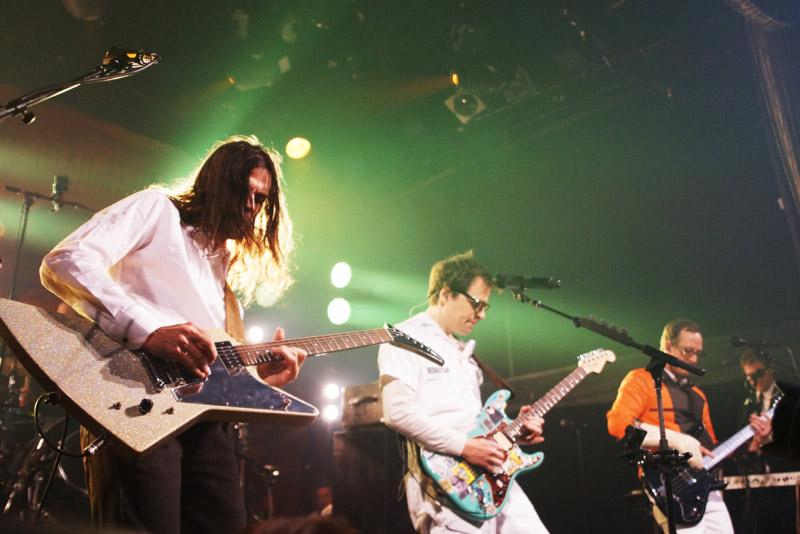