Weezer has embraced big rock riffing, and gotten in the 'Van Weezer'.... 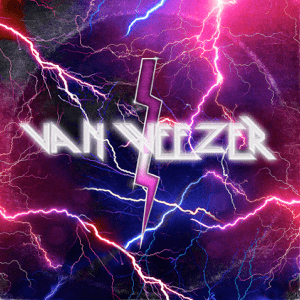 In this latest era of Weezer, after the great nineties, after the bad aughts, after the return to pretty great, Rivers Cuomo & co. have been channeling certain old music styles for records that have been coming at a pretty good clip. There was their eighties cover record Teal Album (QRO review), and last year’s Pet Sounds-inspired OK Human (QRO review). Now the group has embraced big rock riffing, and gotten in the Van Weezer.

The guitar rocking on Van isn’t quite Van Halen (though the record was dedicated to Eddie V. after he passed away), but it does go more towards the bigger rock sound of earlier Weezer, if a bit more polished than, say, 1994’s Blue Album (QRO live review) or the following Pinkerton (QRO deluxe edition). Single “Hero” (QRO review) is Cuomo’s big take on being a hero (or not being one), and the album is littered with his sometimes simplistic takes, particularly about girls (“All the Good Ones”, “Sheila Can Do It”, “She Needs Me”, even acoustic closer “Precious Metal Girl”) and rock itself (“I Need Some of That”). Outside of “Hero” and perhaps “Beginning of the End” (the “Wyld Stallyns” edit of which was on the soundtrack to the similarly Eddie V.-inspired Bill & Ted Face the Music), the rockers aren’t as good as the days of yore, but are universally fun and enjoyable.

With every Weezer record, it has to be said it’s not as good as their nineties heyday, but increasingly it also must be said that it’s a good record which you’ll like. And what rocks more than that?