Subscene Style threw it's 'Welcome To the Subscene' launch party.... 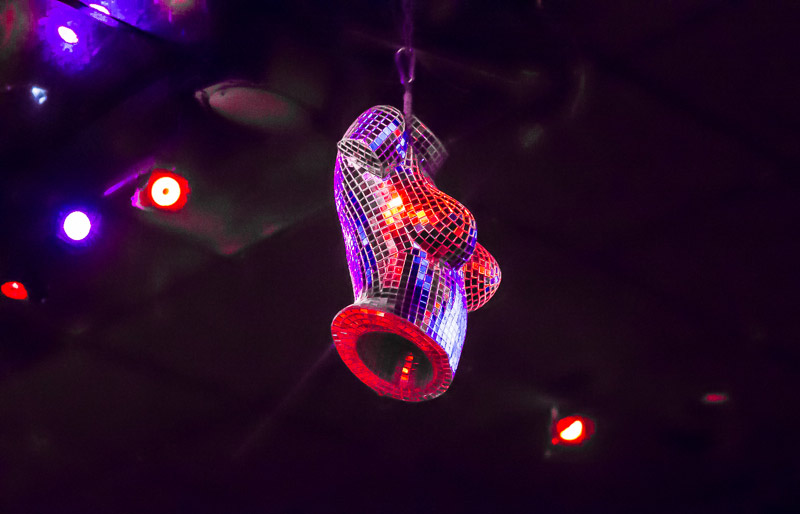 Subscene Style is a new music + fashion + nightlife blog devoted to the people behind the events, those who make it all happen. For it’s launch, Subscene threw ‘Welcome To the Subscene’ party at The Westway in New York on Thursday, May 22nd, with The So So Glos, The Bowery Riots, and Late Cambrian. It was an event with great music, but unfortunately not so great a locale.

First, the bad: if you’ve never been to, or even heard of, The Westway, there’s a reason for that. Its location in the Meatpacking District is a little west for music, but good for nightlife. But it’s basically a (semi-)converted strip club (right near an actual strip club), which randomly includes a ‘stripper aisle’ in the middle of the main area (though the poles have been removed). All the walls are painted black, and the lighting is poor even for that, and the sound isn’t special. It’s so low-rent that the tiny bathrooms don’t even have coat-hooks on the inside of the doors. This would all be acceptable if it were a low-cost or DIY place, but the drinks were rather ridiculously expensive, seven dollars for a regular can of Bud Light! There was a two-hour open bar of Owney’s Rum, but ‘open bar’ was a ‘tasting table’, so you just basically got shots of rum, not exactly the ideal hard alcohol for tasting (especially in the early evening). 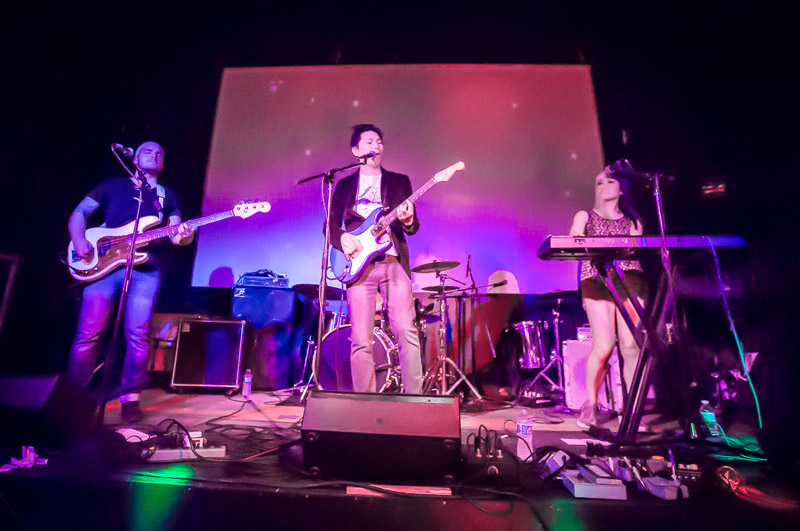 If The Westway was a major disappointment, the music there was a really nice find. First band Late Cambrian thanked the DJ for, “Turning off the hip-hop for some indie-pop” (it’s pretty uncreative to play the latest Kanye song, the one about impregnating a mouth), and LC had some really nice indie-pop, if ill fitting for the scene. The Bowery Riots followed up, and while it’s a major risk to name yourself after the famed NYC music neighborhood, just to the east (like naming yourself ‘The Williamsburg Hipsters’ – actually, that’s a pretty cool name…), they had great urgency to the garage-punk, which included a cover of “This Wheel’s On Fire” by Bob Dylan & Rick Danko, a.k.a. the theme song to Absolutely Fabulous. 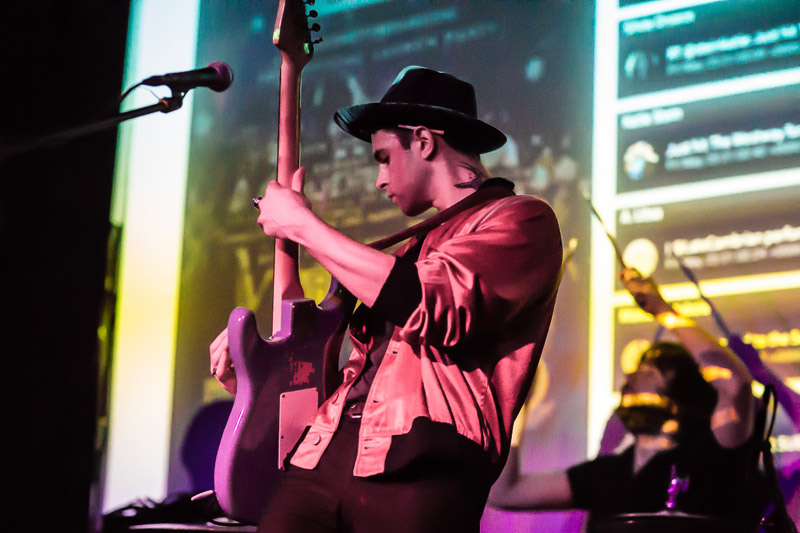 During The Bowery Riots, Subscene got its projector working, and displayed hashtagged Twitter posts about the event. This can be a double-edged sword, as among those posts there was one saying, “More like #lamescene,” with a picture of the relatively empty main area at the start of the night. But it also included posts from your correspondent, including pictures, even including pictures of a band with an earlier band picture up behind them, in a kind of meta-tweet. 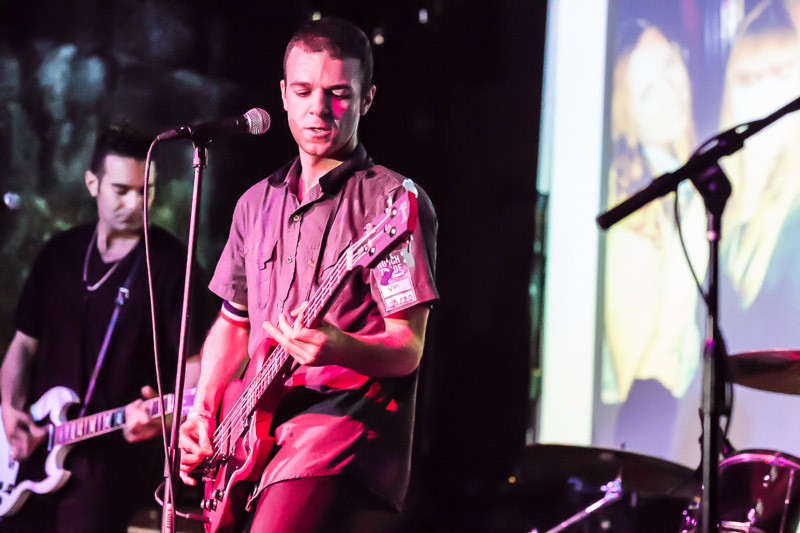 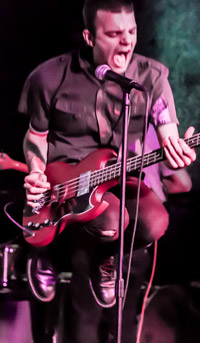 The main act was The So So Glos, who’ve risen very high in Brooklyn and look to break out further afield (and not just Manhattan). They got the crowd to come close, even got fans on the stripper aisle (though didn’t get any men on it to take off their clothes, to reverse the exploitation of its original intent). Wild garage-punk can get downright sloppy and uninspired, but The So So Glos look to be keeping their end up.

The So So Glos also run, with members of Titus Andronicus (QRO photos of The So So Glos opening for Titus), Shea Stadium – not the demolished ballpark, but the Bushwick DIY venue (QRO venue review), which frankly would have been a nicer spot for Welcome To the Subscene than The Westway, and much cheaper. But that all that aside, it was a neat evening to launch a new site. 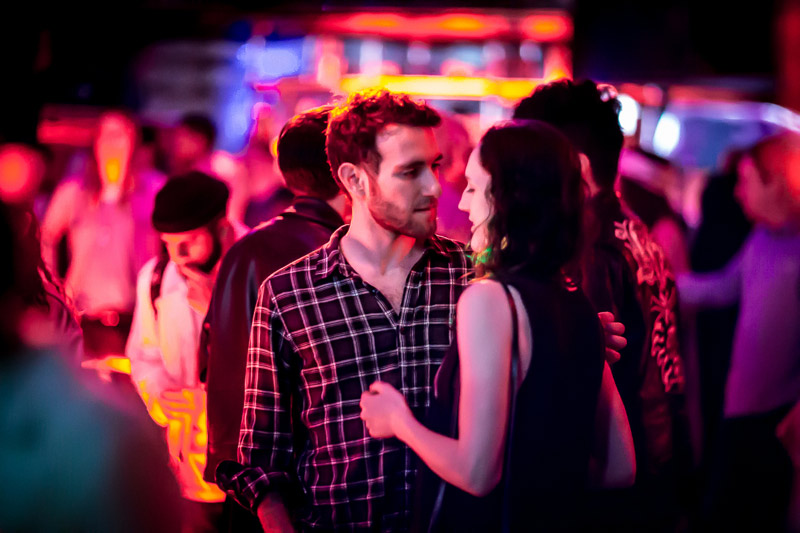