White Denim bringing fizz and fuzz in 'Stiff', which is great and plays an important role, the type of album that one just wants around to listen to over... 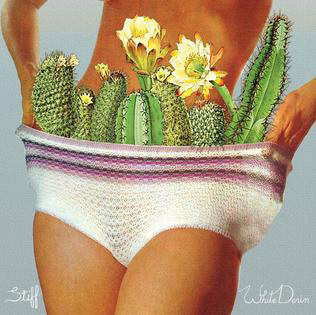 Photos of White Denim at SXSW 2019 in Austin, TX

Photos of White Denim at 2016 Lockn’ Festival in Arrington, VA

Photos of White Denim at 2014 Boston Calling in Boston, MA

Photos of White Denim at 2014 Lollapalooza in Chicago, IL

Photos of White Denim at The Lawn at White River State Park in Indianapolis, IN on June 24th, 2014

QRO’s review of White Denim at Melkweg in Amsterdam, Netherlands on May 29th, 2012

Photos of White Denim at Spaceland in Los Angeles, CA on November 2nd, 2010

QRO’s review of White Denim at Doug Fir Lounge in Portland, OR on January 22nd, 2012

Photos of White Denim at a CMJ pre-party at Rebel in New York, NY on October 19th, 2009

White Denim bringing fizz and fuzz in Stiff, which is great and plays an important role, the type of album that one just wants around to listen to over and over. Rollicking energetic bass lines overlapped by perfectly sinisterly sneaking guitar lines. While not perfect, and some songs will annoy those not into southern psychedelic rock, who might believe Stiff is overdone and too flamboyant; the release definitely weaves an overtly clever, romantic, and wonderfully free spell, going from Meat Puppets to soul and back again in the blink of an eye.

From songs like “Ha Ha Ha” to “Thank You”, the band moves up, up, and up through lick after lick of happy years and the evolution of their sound becomes a lot greater in “Good Dream Mamma” and “There’s a Brain in My Head (Yeah)”. Then there is the nonsensically jamming track like “Had 2 Know (Personal)”, and most importantly, White Denim plays free flowing jam rock with some attitude, they build successfully on southern rock tropes.

Piano in “Take It Easy (Ever After Lasting Love)” and relaxing sounds in other songs make the album a worthwhile adventure for everyone into any type of modern rock music, however comparing them to other bands is really hard outside of their own indie scene.

Austin is home to many indie bands and New York is home to others; here we have an Austin band whose sound represents the south in general. Aside from some minor oddities in the chorus-y psychedelic phrases, both good and bad, mostly good, Stiff is the most complete album White Denim has put out yet. An album that is a fitting theme for any mood, Sunday afternoon record player time or playing jam fest psychedelia. Six previous album and they only getting better, period.