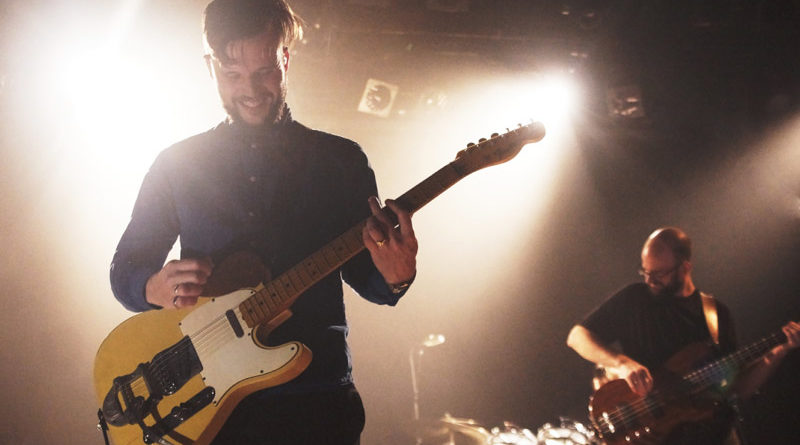 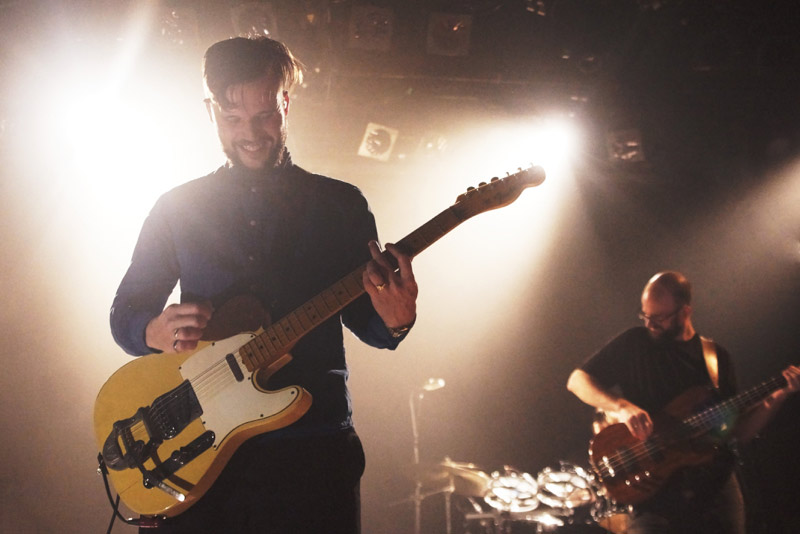 Some acts live and die on their epic nature. …And You Will Know Us By the Trail of Dead thrived on their epic epicness, only to wilt somewhat as they were no longer ‘the hot new thing with that long name’ and started playing smaller places. Old stadium rockers from the seventies and grunge acts from the nineties are still playing big venues, albeit in smaller towns you’ve never heard of unless you live there. Editors declined when they shifted from their original neo-New Wave foundations. White Lies might not be towering in warehouses anymore, but their epic sound is still massive and engaging.

On previous visits to New York City, the British act has headlined the likes of Terminal 5 (QRO live review there) and Webster Hall (QRO live review there), but on Thursday, February 2nd they were playing the tighter confines of Music Hall of Williamsburg (QRO venue review). Singer/guitarist Harry McVeigh (QRO interview) admitted to the crowd that it can be hard for British bands to tour America (and you know the visa process is only getting more complicated these days…), and thus how delighted he was at the reaction the group received in Brooklyn. 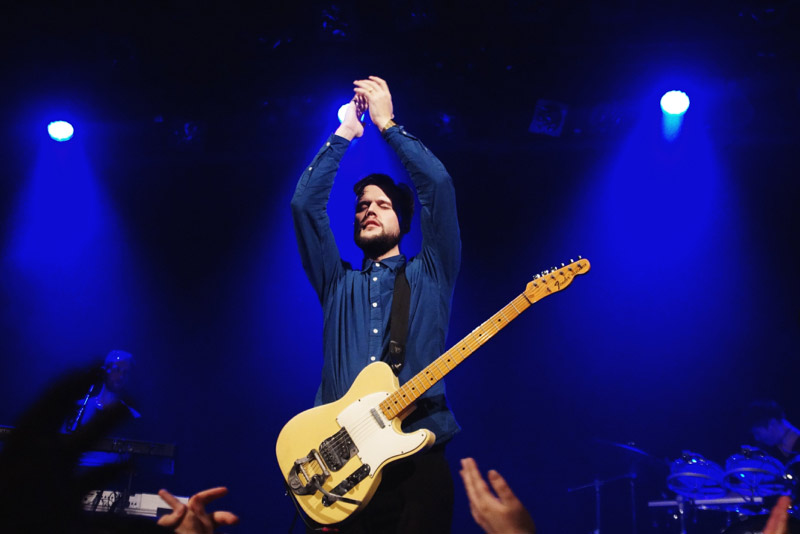 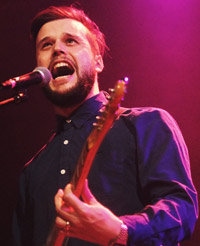 White Lies are touring behind last fall’s Friends (QRO review), but the set list actually contained one more song from their 2009 debut To Lose My Life (QRO review) than from Friends. However, that was more than in the back half of the evening, as it started by mixing from Friends (including evening’s opener “Take It Out On Me”), Lose’s title track, and “There Goes Our Love Again” from 2013’s Big TV (QRO review). Also, it was not the previous record (in this case, Big TV) that was shorted on the list, as is usual when a band tours their latest, but rather the one before, 2011’s Ritual (QRO review) – though it’s sole contribution was the killer closer “Bigger Than Us”.

White Lies truly are big, whether with old songs like “Price of Love” (which McVeigh said they only started playing last fall, after leaving it off for six-to-seven years), or new ones such as “Morning In L.A.” Nothing can shrink them. 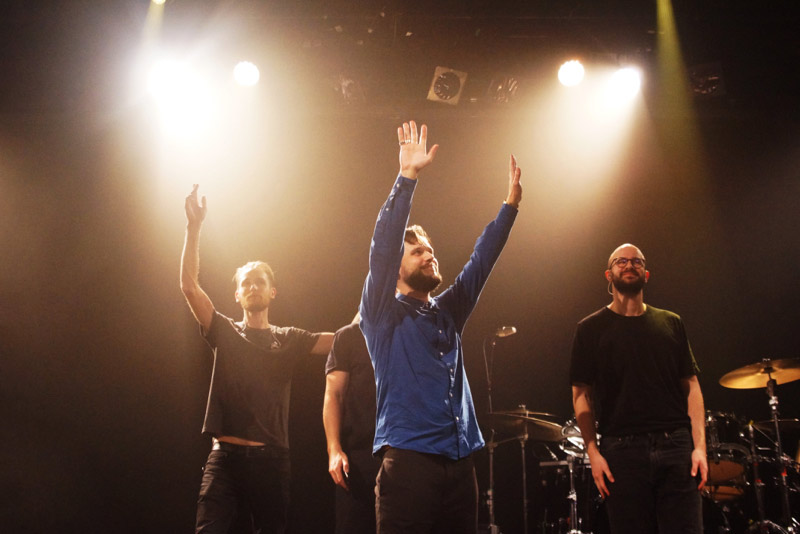