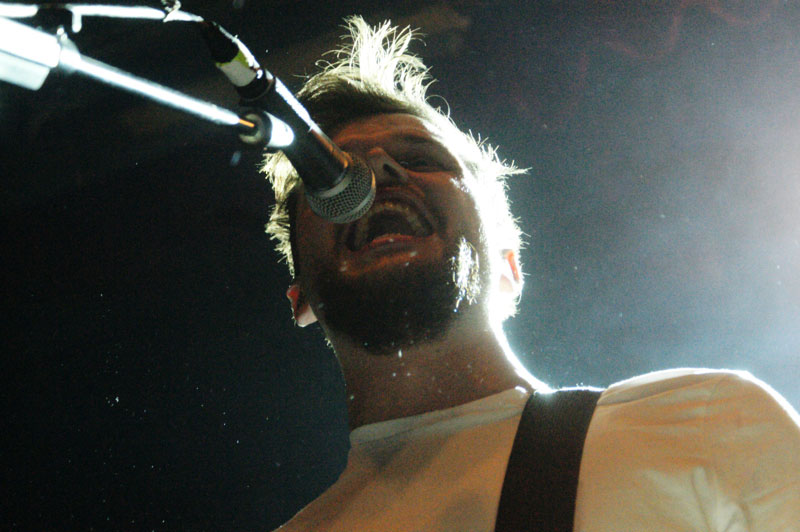 London’s White Lies made an epic debut back at the end of the last decade with singles “Unfinished Business” and “Death” (QRO EP review), culminating in powerhouse debut full-length To Lose My Life (QRO review), but since then wags have chattered that they’ve been repeating the same story.  They even repeat the same tour, hitting New York’s Webster Hall on Tuesday, February 25th, mere months after playing two nights at NYC’s Bowery Ballroom last fall (QRO photos).  Their set list was even very similar.  Yet the band was able to not only bring the epic, but also more. 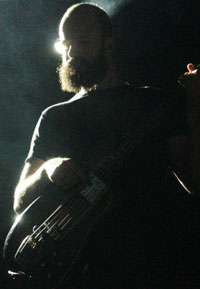 While they’d played two nights back-to-back at Bowery (QRO venue review) last October, this was one night at the bigger Webster (QRO venue review), and the group took advantage of the extra space by filling it with their sound.  The group’s songs on life & death naturally lend themselves to white lights, not colored affectations (to say nothing of their name), and they were able to eschew the overuse of smoke machine that Webster is known for.  The floor was thick with people (including one too-drunk super-fan who literally was held up by his friend during the encore, arms under his armpits and around his chest…), while the VIP balcony was nicely chill. 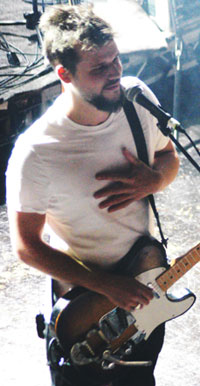 The set list wasn’t so much the same as at Bowery, but rather that + more.  Instead of starting off with the new “Getting Even” like before, that was bumped to the back half, pushing “To Lose My Life” up to opener, a bold move considering that the songs from the new Big TV (QRO review) would be compared to one of the band’s best pieces.  Admittedly, from there the show progressed along similar lines, mixing mostly Lose and TV (touring off their third record, of course there’d be less from middle album Ritual – QRO review).  It was when “Getting Even” finally came up that the group showed an interesting shift, making the piece somewhat more disco, even dance-y.  Alternative bands incorporating disco is de rigueur these days (see the new Arcade Fire – QRO review), but White Lies didn’t overdo it, and it made for a nice shift both from the first part of the show and prior shows.  Their oldest song “Unfinished Business” was similarly shifted, but the newer style particularly came up with their special cover they had recently developed for Prince’s “I Would Die 4 U”.  The group shrank to just the core three members, Harry McVeigh, Charles Cave, and Jack Lawrence-Brown (QRO interview with all three, at Bowery last fall), and instead of epic, emotional rock there was intimate, emotional electronics.

The night did end the same way, big & bigger (i.e., “Big TV” then “Bigger Than Us” for the encore), and suitably so, as that is still where White Lies’ strength remains.  But they’re getting so Big that they’re expanding into more. 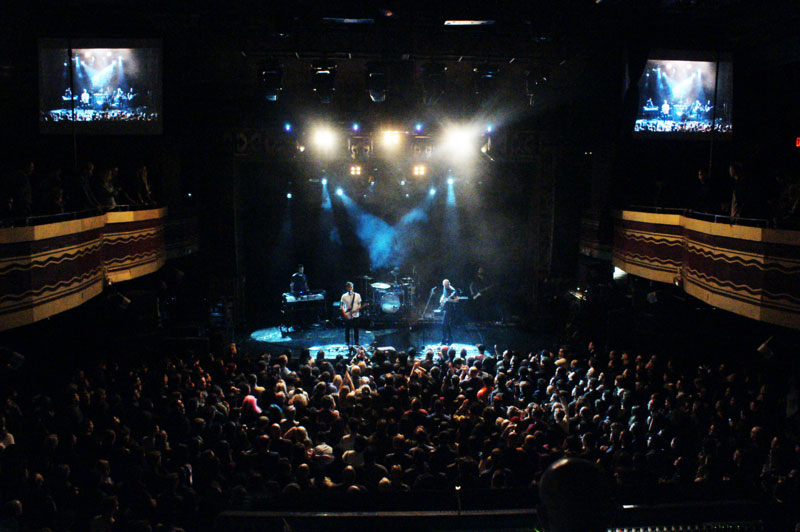