'White Reaper Does It Again' is noise-rock, but even louder and faster, just a hurricane of noise.... 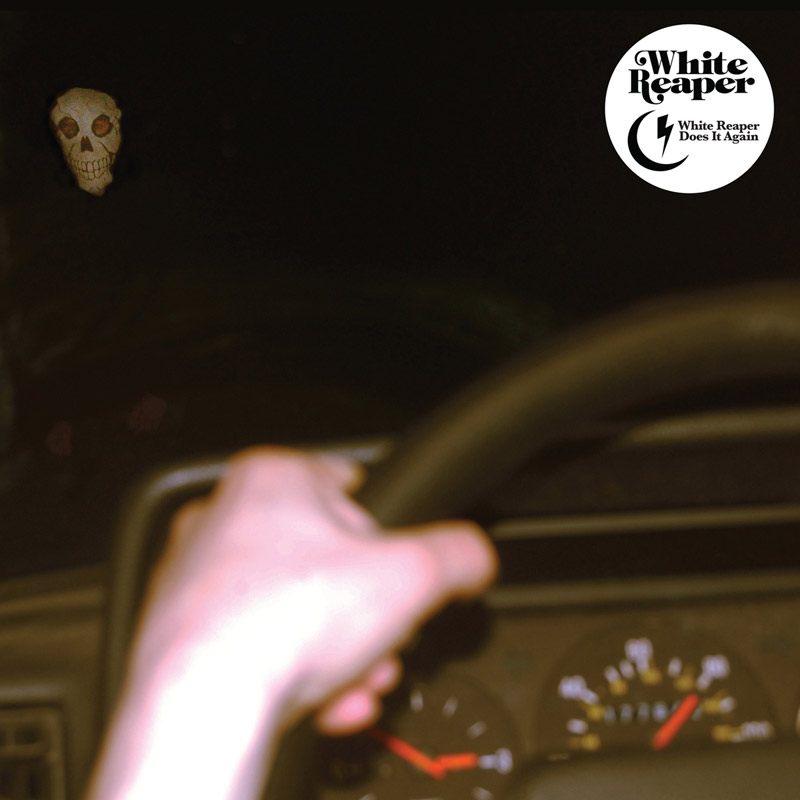 On their previous self titled album, White Reaper captured punk noise rock fairly well with some solid guitar overall. “(Ohh) Yeah” has a really great punk riff. White Reaper Does It Again is noise-rock, but even louder and faster, just a hurricane of noise. There is a lot of emphasis on heartbreak in the first two songs, “Make Me Wanna Die” and “I Don’t Think She Cares”. This is fitting for a punk or ‘noise’ band. “Make Me Wanna Die” also has really good guitar.

Then they get a little more complicated. The bass drives the rhythms, and the drums are great too. “Wolf Trap Hotel” is a great title, and is also really good, with some great energy and psychedelic flang.

Something about this release could remind one of The Monochrome Set or late ‘70s bands. This is almost unfathomable in today’s rock landscape. The main similarity is that the guitar really is a lot more expansive and melodic than most bands attempt. “Pills” and “Last 4th of July” both emphasize this and are solid tracks because of it.

“On Your Mind”, “Alone Tonight”, and “Don’t You Think I Know” clearly press the punk social scene feeling of the album. They are not overly composed tracks, but bring raucous noise and energy nevertheless. White Reaper Does It Again is not going to redefine punk, or shock anyone who is not already interested in punk. It does shock the system with energy though. This is punk art combined with punk noise.