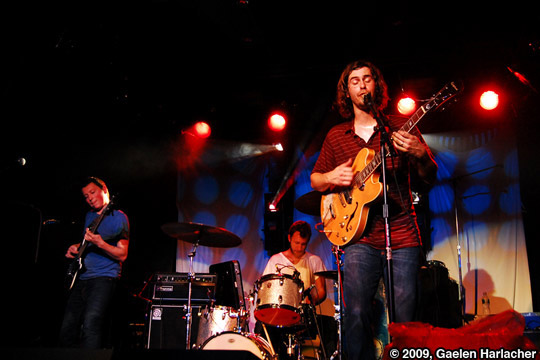 Click here for photos of White Denim five days earlier at a CMJ pre-party at Rebel in New York, NY in the QRO Concert Photo Gallery

Despite the busy Saturday on October 24th in Austin, Texas, the outside stage of Mohawk was filled nearly to capacity for one of the most fashionable shows of the month – the White Denim release party for their newest album Fits.  The band’s frenzied, energetic tour was the perfect bon voyage to their home base before their cross-country tour starting in November. 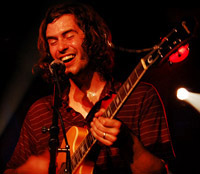 White Denim was joined by fellow Austinites Brazos, whose LP, Phosphorescent Blues, is scheduled for release on November 10th (QRO upcoming releases schedule).  Like White Denim, Brazos is a trio hailing from Austin.  As Brazos started their show, you could begin to fear that they would not hold their own against the Austin legends White Denim, but their melee of sound would soon prove you wrong.  They are the perfect juxtaposition to White Denim.  For every ounce of White Denim’s unabashed liveliness, Brazos brought the same energy by way of mellow, introspective jams that caught the audience’s attention.  Their performance is comparable to the Grizzly Bear (QRO live review) style, not necessarily relying on blatant energy to engage listeners, but allowing their passive sound to prevail in the end.  Brazos will accompany White Denim on their U.S. tour. 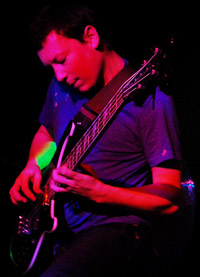 After a 30-minute set, White Denim charged the stage with their unparalleled energy.  Each song melted into the next, extracting a constant energy from the crowd.  After playing a solid block of crowd pleasers from their two previous full-length albums Exposion and Workout Holiday, the band stopped to take requests.  Although it is easy for lead singers in high-energy bands to completely to hog the spotlight, James Petralli brings drummer Joshua Block and bassist Steve Terebecki right along with him.  The band was even arranged linearly, putting Block in line with Petralli and Terebecki and 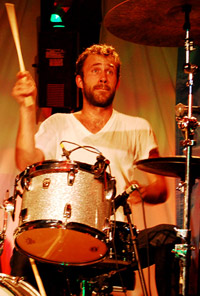 bringing the guiding snap of his drums to the crowd full force.  It is Block’s steady and precise drumming that allows Petralli’s distorted guitar rants that give White Denim their distinctive sound. 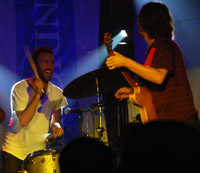 The Brazos and White Denim combination came together for one of the most solid shows to grace Mohawk’s stage in a while.  With a power pack like this one making its way across the nation – expect to see much more of both of these acts in the future.

[note: all photos are from White Denim’s October 19th appearance at Rebel in New York, NY] 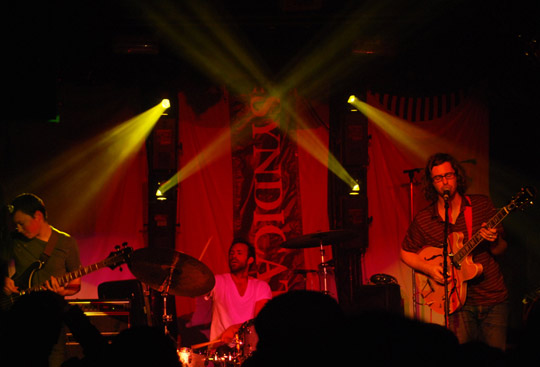