Double albums are a difficult thing.... 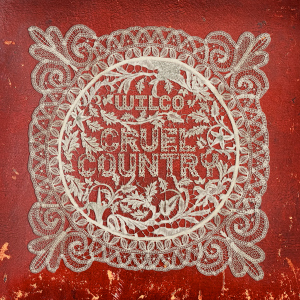 QRO’s review of Wilco at Chastain Park in Atlanta, GA on August 14th, 2021

QRO’s review of Wilco at Brooklyn Steel in Brooklyn, NY on October 13th, 2019

Photos of Wilco at 2017 Newport Folk Festival in Newport, RI

Photos of Wilco at 2017 Eaux Claires in Eau Claires, WI

Photos of Wilco from 2012 Primavera Sound in Barcelona, Spain

Double albums are a difficult thing. It’s easy to look at any double-release and believe that the act just couldn’t cut the songs that should have been cut. This is particularly true for well-established artists that have the ability to do whatever they want, and can use that to indulge themselves. Wilco are certainly well-established, practically the definition of “alt-country,” but have successfully released a double-album before, early in their career with sophomore full-length Being There, and other records have certainly stretched in time. For Cruel Country, they decided to lean into their country way more than ever before, and if it does have a double-album’s worth of lesser tracks that run together, there are also Wilco greats.

Jeff Tweedy & co. still have the ability to make wonderful songs that you can love as much as their “Late Greats”. Cruel Country’s title track is great Wilco twang-sad country. The wistful following “Hints” is very sweet, as is the tragic “Tired of Taking It Out On You”. No one knows how to write an apology like Tweedy, in “Tired” and “Hearts Hard To Find”. There’s also some great honky-humor in “Fall Apart (Right Now)”.

But there’s also just a lot on Cruel Country, twenty-one tracks running an hour and 18 minutes. Even the lesser songs are still enjoyable, but the ‘country’ theme means that they & everything else all sound a little too similar, even the stand-outs. Just looking at all the songs listed out feels daunting, and one can’t help but wish they’d indulged us by cutting back than them by keeping them all in.