There are so many good reasons to love Wilco.... 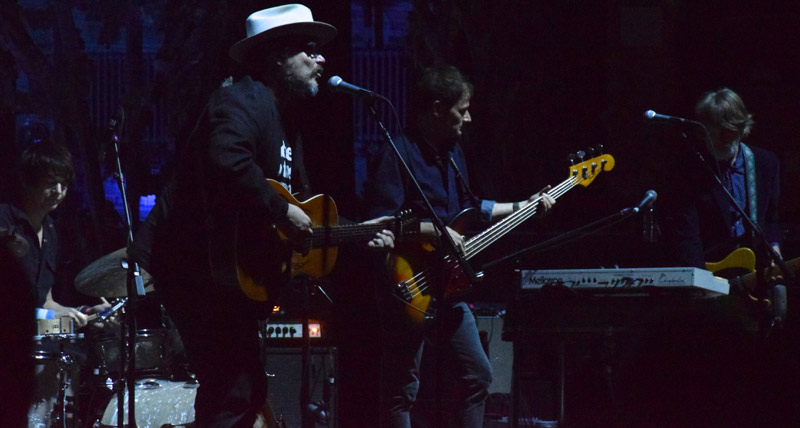 Wilco and their fans can get some flack. Too alternative and modern for country music, but not alternative and modern enough for hipsters, they hear from it both sides. They’re hippie rockers to those in new country, while too-clever-for-their-own-good shows such as @midnight and Nightly Show with Larry Wilmore at times mock their older fan base. They’ve been around long enough for the ‘their older stuff was better’ comments, but not so long as to be grandfathered into icons. They’re big and able to sell out multiple nights at big, classy spaces, but that’s thanks to a loyal audience who are advanced enough in their lives to prefer seated venues and expensive drinks. But there are so many good reasons to love Wilco.

The Chicago outfit certainly was playing a big & classy place (with pricey beers), Beacon Theatre (QRO venue review) uptown in Manhattan, selling out four evenings at the old theater. Tuesday night, March 21st, was the third of the four dates, sold out with scalpers hawking tickets on the street outside. The stage had a fake forest background, reminiscent of their show at Central Park SummerStage six years ago (QRO live review), the backdrop designed by “Val – I’m sorry, I forgot your last name,” frontman Jeff Tweedy admitted. There were seats, but fans on the stage floor were on their feet from the start (though those in the balcony seemed to all remained seated throughout) – but there were times various fans sat, as you know a Wilco show is gonna be extensive (and those fans’ knees aren’t getting any younger…).

Still touring off of last fall’s Schmilco (QRO review), that album had the most songs in the set, particularly at the start: after opening with “On and On and On” from Sky Blue Sky (QRO review), there were three off of Schmilco, “Normal American Kids”, “If I Ever Was a Child”, and “Cry All Day”. But Wilco have a deep discography, one with too many songs that you feel that they have to play, yet they’re able to mix and match so get what you’re looking for and some nice surprises (playing four nights allows this as well). 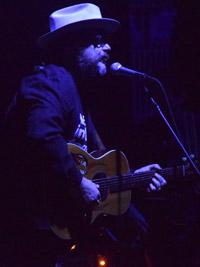 So yes, there was Yankee Hotel Foxtrot’s “I Am Trying To Break Your Heart”, maybe their best-remembered title (as it also was of a seminal tour documentary of them), but it had a nice segue into the much more modern and even electronic “Art of Almost” off of The Whole Love (QRO review). The crowd cheered on Sky’s impossibly good “Impossible Germany” for guitarist Nels Cline’s amazing solo – which is virtually a song unto itself – and then the audience fulfilled Tweedy’s request to takeover singing duties on classic “Jesus, Etc.”, but there was also time right after for not only Schmilco’s “We Aren’t the World (Safety Girl)” (“I always forget that last part,” joked Tweedy), but also cover of Loose Fur’s “Laminated Cat”. 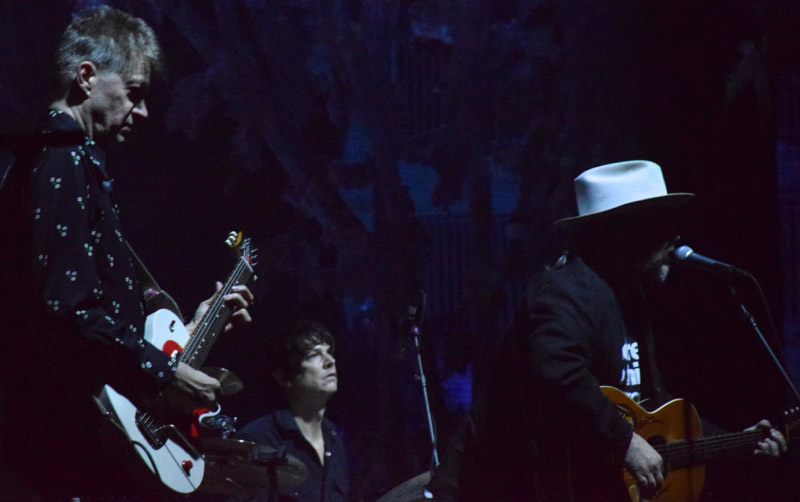 Going into the close were the ‘classics’ like Summerteeth’s “Via Chicago”, Yankee’s “Heavy Metal Drummer” & “I’m the Man Who Loves You”, and A Ghost Is Born’s “Hummingbird” & “Late Greats” – Tweedy remarked that “Heavy Metal Drummer” was about “the good ol’ days… seventy days ago…”, after saying that he knew it was a good show because there was a crutch in the air (though made sure that the crutch was needed, not just a prop). But the first encore return had surprises like “Random Name Generator” from the most-recent-but-one Star Wars (QRO review) and “Box Full of Letters” from their rarely played first record A.M., and the second encore (because Wilco is the kind of band who regularly does more than one encore) even had “California Stars” from the first of their two team-ups with Billy Bragg, putting music to unreleased Woody Guthrie lyrics, Mermaid Avenue.

For years Wilco have been tagged as ‘a little too adult contemporary,’ thanks to their older crowds and widespread success, but unheralded has actually been their ability to do the noise-jam. They do it right, not screeching and atonal like someone inspired by Thurston Moore, but as part of an established song, with that song’s base underneath (the noise-jam is also done by some exceedingly skilled musicians). There are random breakdowns in sweet songs such as “Misunderstood” and “Via Chicago” that add, rather than subtract – there’s nothing like seeing drummer Glenn Kotche go nuts on the drums while Tweedy and bassist John Stirratt still sing softly on “Chicago”. 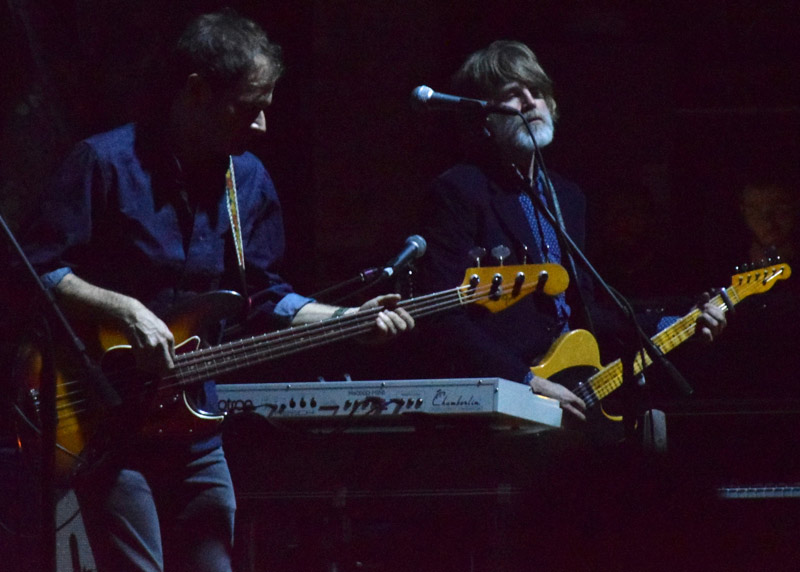 Wilco may get flack for being too mainstream, or not mainstream enough, or having older fans (multi-instrumentalist Pat Sansone may have grown a beard, and his blond hair may have looked grey under Beacon’s lights, but he still looked younger than the crowd or fellow relatively ‘newbie’ in the band, bespectacled keyboardist Mikael Jorgensen). But there’s just so much great stuff about Wilco. 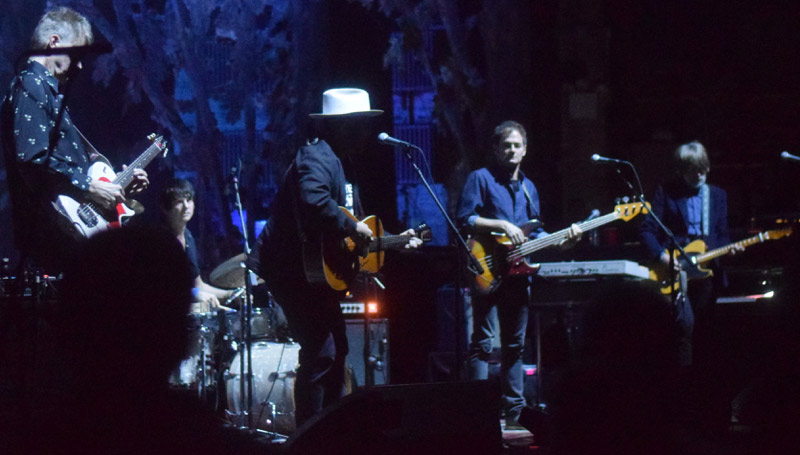