If a musical act is really good and really lucky, there will come a day when they release a greatest hits record and a b-sides/rarities record.... 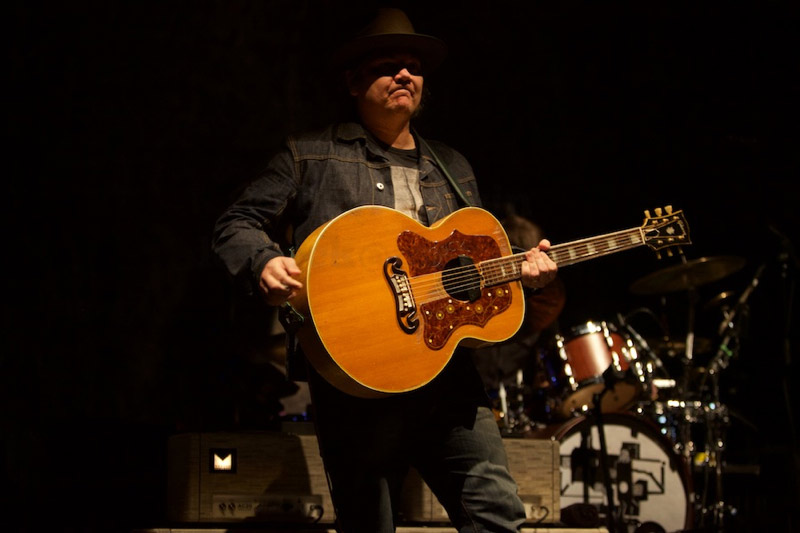 If a musical act is really good and really lucky, there will come a day when they release a greatest hits record and a b-sides/rarities record. Usually it comes about when they’re changing labels or their imprint just generally wants to make an extra buck; other times its posthumous (either the band broke up or the artist is dead/retired). It’s rare that an act gets to put such retrospective(s) out on their own terms while still active, but such is the case with Chicago’s Wilco, who are celebrating their twentieth year by putting out What’s Your 20? essential tracks collection and Alpha Mike Foxtrot b-sides/rarities on November 17th.

But how does one tour such a double-release of double (or more) discs? Just do the greatest hits like some legacy band? Just do the rarities and skip the songs people have always wanted to hear? Do them both and miss a boatload of both? Well, Wilco squared that circle by playing three nights in a row at Capitol Theatre in Port Chester, NY, closing out on Thursday, October 30th.

While Capitol Theatre (QRO venue review) is a storied venue that recently reopened, it’s closer to the Connecticut border than the five boroughs – but one can grab the rush hour MetroNorth train and make it there in two stops/less than an hour (it takes a little longer to get back). And this is the veteran act Wilco, whose older fan base has long since moved out the city to raise their families (though playing Westchester did kind of put New Jersey & Long Island fans in a bind…). All three nights were sold out, despite the distance, being in the middle of the week, and tickets at sixty-six bucks or more a night face value (something that shocked singer/guitarist Jeff Tweedy the first night – after admonishing one fan who had said that he would go to all three nights if the tickets were cheaper, found out what the price actually was and admitted it was a lot, “More than I’d pay to see us…”).

Most impressively, Wilco performed an entirely different set list each night, eighty-nine songs, with only one repeat (a fan request the final night for a second cover of Doug Sahm’s “Give Back the Keys To My Heart”, which isn’t even on the rarities record or any other). Each night mixed and matched from What’s Your 20?, Alpha Mike Foxtrot, other studio songs, and even super-rarities & covers not on any record. The sets would run over two hours each (closer to the three), with two encores and no opener, every night ending with rarities done acoustic at the front of the stage. If you want the blow-by-blow set lists, not to mention great recordings of all three nights, check out nyctaper.com, who captured the whole thing on .mp3 and .flac. 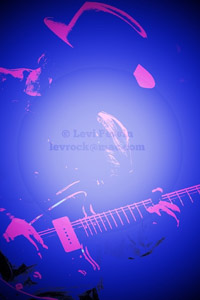 Frontman Tweedy, taking a break from touring his side-project band & album with his son, Tweedy, was joking throughout all three nights. The first night he not only discussed ticket prices but also cheekily criticized a fan who alone held up his lighter during a song – which of course meant at the second night that people not only held up lighters, but even matches (“What are you, a hobo from the thirties?”). He also compared how better looking the second night’s crowd was than the first night (save for those who were there both nights – “Only the ugly people didn’t come back…”), but the third night’s audience had the best applause to get an encore (second night crowd seemed to just expect that the band would return). Other banter included how to dampen a gong (which drummer Glenn Kotche had all three nights, right behind him), fan costumes (even for the final night, All Hollow’s Eve’s Eve, the crowd was too old to go in costume), their first record (the rarely played live AM – “Some of you look like you remember our first record… Some of you look like you remember our first cylinder – hey-o!”), and more. 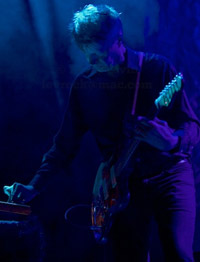 Each evening had its crowd sing-a-longs for the favorites – “Handshake Drugs”, “Jesus, Etc.”, “I Am Trying To Break Your Heart”, etc. There did seem more ‘hits’ on the first night, while the third saw the band draw heavily from their two records with Billy Bragg of unrecorded Woody Guthrie material, Mermaid Avenue and Mermaid Avenue Vol. 2. Wilco did lean a little more towards their older albums, but newer material was there as well, such as first night opener “Wilco (the Song)” from Wilco (the Album) (QRO review), great live versions of the somewhat un-Wilco-like “Bull Black Nova” from Wilco “Art of Almost” from The Whole Love (QRO review), while the biggest cheer of all three evenings might just have been for guitarist Nils Cline’s impossibly amazing solo on “Impossible Germany” from Sky Blue Sky (QRO review) on Thursday. Meanwhile, the three-night run closed with a cover of The Grateful Dead’s “Ripple”, where Tweedy got the crowd to sing instead of the band. 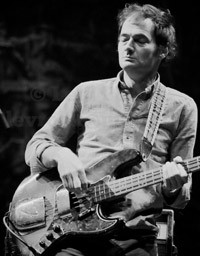 At one point on the third evening, Tweedy remarked that it’s been twenty years for the band (“When we visit next year, we’ll be able to drink…”), to which one fan shouted, “Twenty more!” Tweedy said that would be possible, as well as the follow-up request for twenty more songs (each night featured thirty-count ‘em-thirty songs). There are very few acts out there today that have had such a great history, and yet you also still can’t wait to see & hear what they do next.