Wilco have long since become one of the most reliable great American rock bands, with multiple nights worth of great songs and an impressive consistency.... 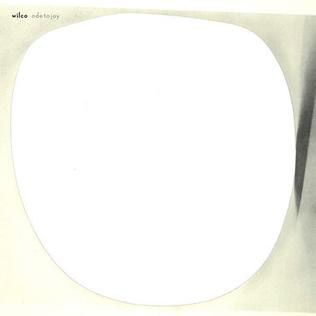 Photos of Wilco at 2017 Newport Folk Festival in Newport, RI in the QRO Concert Photo Gallery

Photos of Wilco at 2017 Eaux Claires in Eau Claires, WI in the QRO Concert Photo Gallery

Wilco have long since become one of the most reliable great American rock bands, with multiple nights worth of great songs and an impressive consistency. They practically are the definition of ‘alt-country.’ But with all of that success, it becomes harder & harder to surpass, or even meet expectations. How can anyone make an album better than Yankee Hotel Foxtrot or A Ghost Is Born or others, even the people who made those records? Wilco’s last two releases, 2015’s surprise free internet album Star Wars (QRO review) and the following year’s Schmilco (QRO review), were both nice records that didn’t stand out, even though they improved live and over the years. Ode to Joy is another sweet Wilco release, which does sound very Wilco.

Already hewing to their softer side on the last two, Ode continues that, slowing down on pieces such as opener “Bright Leaves” and closer “An Empty Corner”. But frontman Jeff Tweedy’s charm is still very much intact on those tracks and others, like the catchy clear single “Everyone Hides”, which is certain to be a live staple for years to come, almost as obviously that on first listen as “Impossible Germany” from 2007’s Sky Blue Sky (QRO review). But other than “Everyone”, Joy is pervaded by the soft relax that creates a nice mood, but doesn’t grab the listener as much.

It’s hard to criticize Wilco, who have been so great for so long, becoming the yardstick by which to measure anyone in alt-country. Ode to Joy might not match their “Late Greats”, but is another sweet Wilco release from a band with a catalog stuffed full of ‘em.