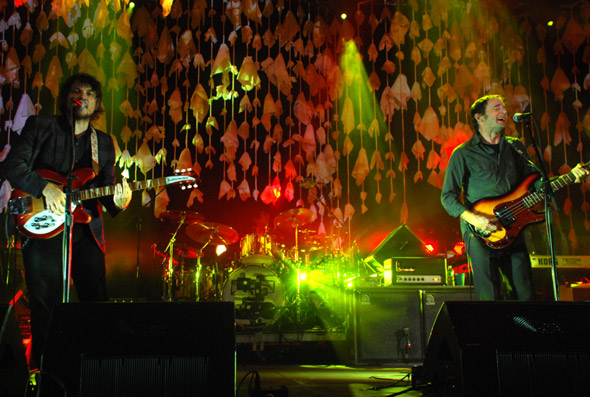 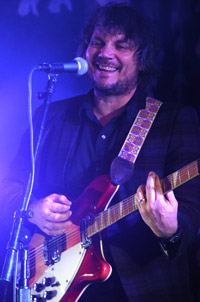 If you’re a touring act, you’ve got to have a relationship with New York City.  Another town may be your home, and you may have fonder memories of other ‘burgs, but there’s only one Big Apple.  Even with the collapse of Wall Street, the rise of China, and America’s inexorable population shift to the south and west, New York is still the most important city in the most important country in the world.  London may have the history, Los Angeles may have the glamour, Toronto may have the state support for independent music, but New York is still the most essential stop on any tour.  Many out-of-towners secretly (or not-so-secretly) despise & envy that importance, but at Central Park SummerStage on Thursday, September 22nd, for New York, Chicago’s Wilco was the band who loves NYC. 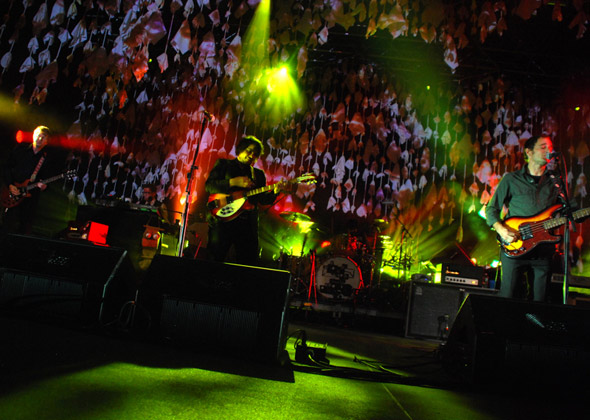 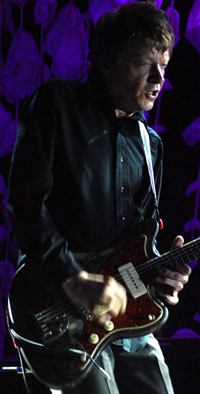 The alt-country group is an incredibly veteran act – maybe not as old as R.E.M. (QRO album review), but they just broke up.  Wilco have particularly specialized in the outdoor summer shows, such as Brooklyn’s late McCarren Park Pool (QRO venue review) in 2008 (QRO review), or Coney Island’s own minor league ballpark (QRO venue review) in 2009 (QRO review).  For this visit to New York, the band played not one but two dates at Central Park’s SummerStage (QRO venue review), Thursday & Friday, September 22nd & 23rd.  Their set list naturally tended towards their most recent album, the out-the-next-Tuesday The Whole Love (QRO review) comprising about a third of the set, starting with album/evening opener “Art of Almost”.  As much a curveball live as on record, the stage was as dark as the techtronic song, which saw guitarist Nels Cline (QRO photos at SummerStage) on effects, John Stirratt’s (QRO interview) bass line more at the fore, and singer/songwriter Jeff Tweedy without any of his many guitars. 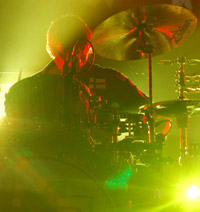 That and Love single “I Might” provided a slow burn to open what would be a slow burning night, with the old favorites tending towards the soft side, such as the following classics “Ashes of American Flags” and “I Am Trying To Break Your Heart”.  The high points of the evening were these kinds of carrying pieces of Americana, such as those two from Wilco’s 2002 opus Yankee Hotel Foxtrot, “Hummingbird” from 2004’s A Ghost Is Born, “Impossibly Germany” from 2007’s Sky Blue Sky (QRO review), and more, along with strong versions of Whole songs “Born Alone” and “Standing O”, and “It Dawned On Me”.  Though a couple of more rocking numbers did make it into the set list, like “Handshake Drugs” from Ghost and “A Shot In the Arm” from 1999’s Summerteeth, the evening lacked many of Wilco’s biggest pieces (no “Heavy Metal Drummer”, despite one fan’s repeated shouts for it).  Instead, Wilco went into the encore break “Via Chicago” (which, admittedly, does have a few short drum breakdowns from Glenn Kotche). 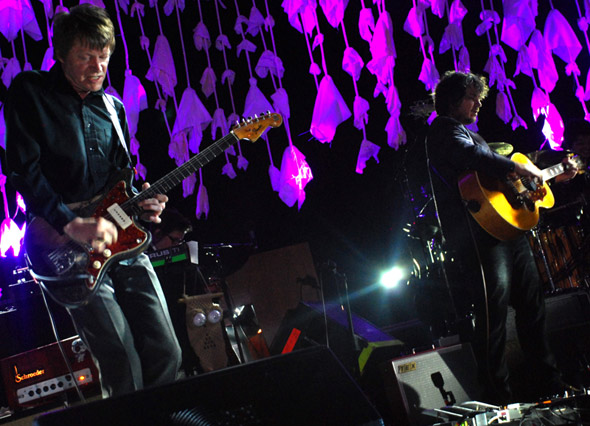 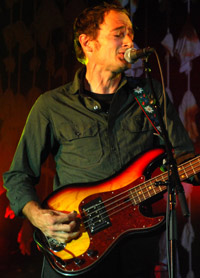 But it was after the encore return & a great rendition of Love‘s title track/anthem that Wilco showed New York some special love.  Tweedy remarked that the next songs that the band was going to play, they’d played in New York City (at Town Hall – QRO venue review) exactly ten years ago – September 22nd, 2001.  “All of these songs have changed, unfortunately; they became something different between the time we wrote them and the time they came out.  It’s great to be back here, playing these songs again.  We’re still here, you’re still here – a lot of work to do, still, but we’re still here…”  Yankee Hotel‘s “War on War”, “Jesus, Etc.”, and “I’m the Man Who Loves You” may have been written in the twentieth century, but came out in the shuddering early days of the twenty-first century – and Wilco had played them in Manhattan only eleven days after September 11th (and only shortly after the less-than-amicable split with founding member Jay Bennett, who passed away in 2009).  “War” may still be going on (despite the elevation to the Presidency of another Chicago native/Wilco favorite…), but “Jesus, don’t cry / You can rely on me, honey,” the crowd sang along as they took up Tweedy’s offer for them to handle vocals, “Etc.” on that number.  It was hard not to be swept up by “the Man Who Loves You”. 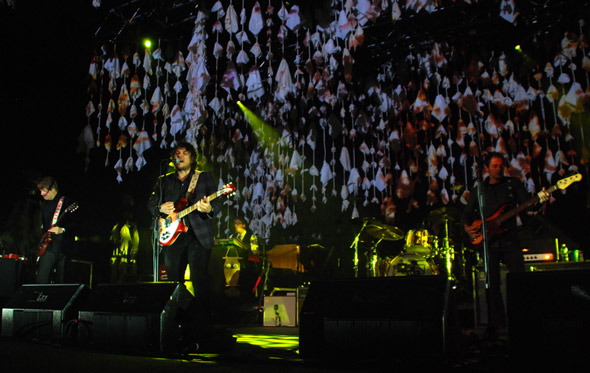 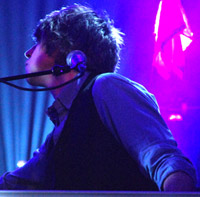 The set list could have used more rockin’ numbers, and it’s always a disappointment when a band doesn’t play the song with the same name as the band – but guess it’s that “Wilco (The Song)”, from 2009’s Wilco (The Album) (QRO review), was only for that year’s Wilco (The Tour).  And the beer lines at SummerStage were intolerable – Wilco fans are an older, 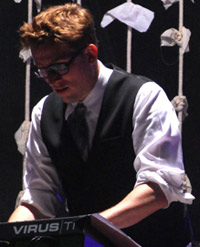 beer-loving bunch, so having the only alcohol on offer needing to be poured from taps, not sold in cans/bottles, made for extremely slow lines that often looped back on themselves (thankfully, one could hear Wilco perfectly well from any line, but there was an audible sigh in every line when those who’d gone on line during some new songs were still there during the impossibly excellent “Impossible Germany”).  But New York, Wilco is the man who loves you. 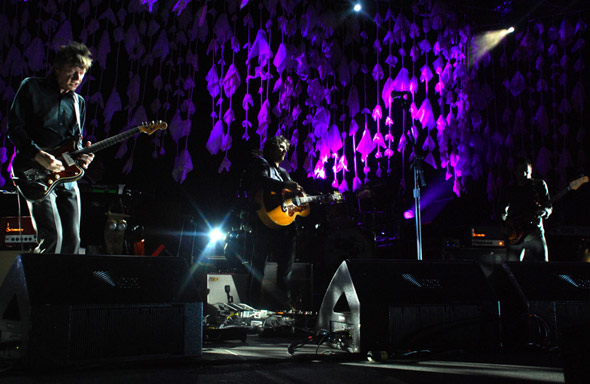