<img src="http://www.qromag.com/wp-content/uploads/2010/02/wilcofeb9.jpg" alt=" " />Amidst the indie/alt world chaos, we find order and consistency in bands that prove themselves time and time again, like Wilco. ... 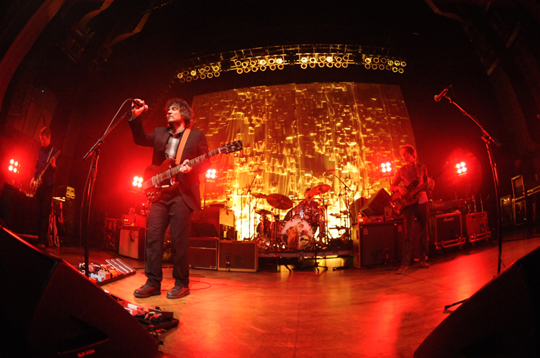 Today, the indie/alt world presents itself to be somewhat chaotic and unpredictable.  Different bands from different offshoots of the broad genre rise & fall as we find & appreciate their latest music, and oftentimes move on to the next band and lose interest just as easily.  Sometimes however, in this chaos we find order and consistency in bands that prove themselves time and time again, bands that etch themselves into our minds and leave a lasting impression.  Wilco, needless to say, has evolved to become one of these bands for all of their many fans.  They consistently put out records that impress us and leave us listening, hungry for more. 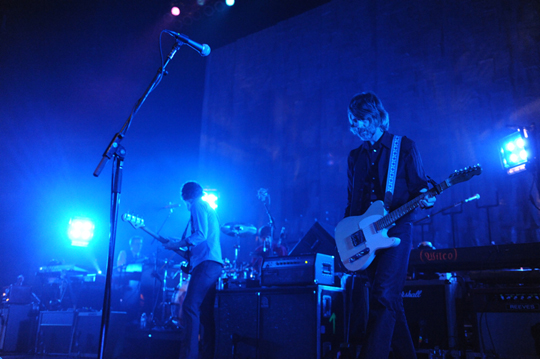 On February 9th 2010, Wilco came to the Arlene Schnitzer Concert hall in Portland, Oregon and proved once again, that they still have it, and they are not planning on losing it anytime soon.  Delivering a show that could only be described as epic, Wilco reached out to all of their albums excluding their debut LP, A.M.  Even both volumes of their Billy Bragg collaboration Mermaid Avenue 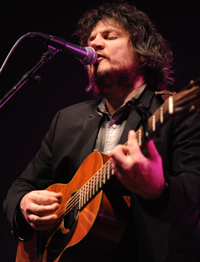 were acknowledged with performances of “Remember the Mountain Bed” and “California Stars”, which was played in their encore set with guests Peter Buck & Scott McCaughey (of R.E.M. – QRO album review).  Most of the set focused on their two latest albums, Wilco (The Album) (QRO review) with songs like “Deeper Down”, “One Wing”, and “Sonny Feeling” and Grammy-nominated album Sky Blue Sky (QRO review) with songs including “Impossible Germany”, “Side With the Seeds”, “Walken”, and “Hate It Here”.  While Wilco only chose to play one song off of their 1999 LP, Summerteeth, “A Shot in the Arm”, the great Yankee Hotel Foxtrot contributed to a good chunk of their set with songs “Jesus, Etc.”, “I Am Trying to Break Your Heart”, “Heavy Metal Drummer”, and “I’m the Man Who Loves You”.  More surprisingly, they even played “Sunken Treasure”, “Far, Far Away”, and “Kingpin” off of their 1996 two-disc album Being There, and as a little bonus, Wilco started their encore off with their cover of Neil Young’s “Broken Arrow”. 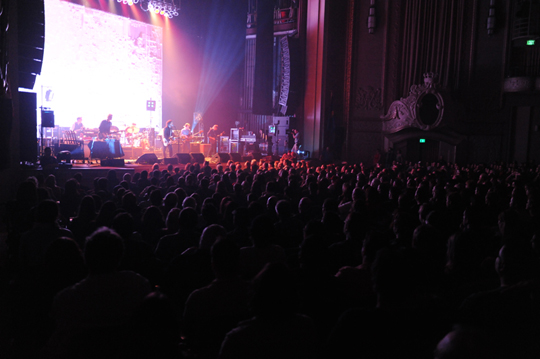 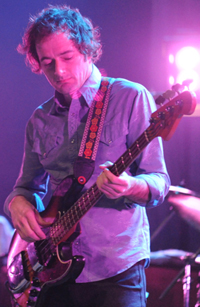 They began the show nice and slow with their graceful song “Sunken Treasures”, then rolled right into “Remember the Mountain Bed”.  After the tone was set, everybody there knew that they were going to be getting a great show.  The glorious dueling guitar solos from lead singer and guitarist Jeff Tweedy and guitarist Nels Cline on his lap steel guitar in “Bull Black Nova” set the stage for everyone to get up out of their seats and cheering when the biting guitar came in on the chorus of their next song, “You are My Face” off of Sky Blue Sky.  Eventually, Tweedy talked to the audience and announced, “We are on our way to the Olympics as a six man rocket sled team,” and before playing “Jesus, Etc.”, Tweedy told the crowd that he wanted them to sing for him.  So for the first half of the song, the whole of the sold out concert hall joined in and sang the lyrics.  To finish off the show, Wilco first played their song “Kingpin”, cleverly replacing the lyrics “Livin’ in Pekin'” with “Livin’ in Portland”, then left the hall cheering for more after their lively and prodigious performance of “I’m a Wheel”. 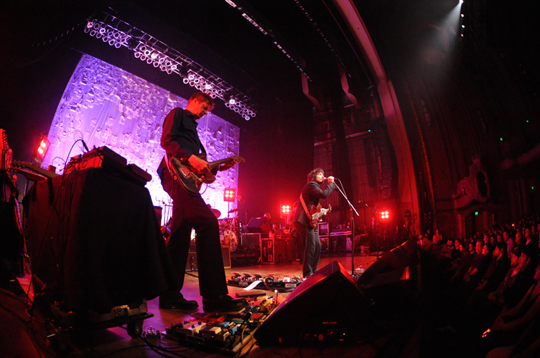 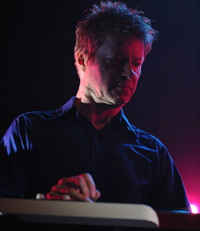 Sixteen years after their humble beginnings in Chicago, Illinois, Wilco is still running strong and thriving.  Most artists will hit the pinnacle of their career and slowly dwindle down into something less that what we’ve remembered them to be.  With every album they release, Wilco seems to find the pinnacle of their musical career, staying on top with no plans of coming back down.  There is a cycle in music where bands see the limelight, and are then soiled by their introduction into the mainstream.  Somehow, even with their stature and ever increasing popularity, Wilco continues to operate outside of this cycle, and maintain their elegance. 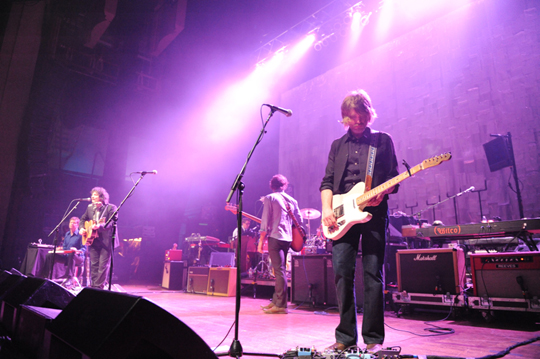