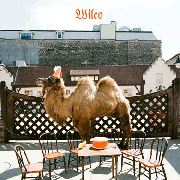 In recent years, alt-country has become a bloated genre.  Every time you turn your head, there’s another overrated neo-hippie or neo-Beatles knock-off, like Fleet Foxes (QRO album review) or Dr. Dog (QRO live review), or another stripped, solo alt-folk singer/songwriter bearing his soul, like Justin Thernon, a.k.a. Bon Iver (QRO album review).  Even the moves to the country/western radio stations of such previously mainstream pop or rock acts like Jewel or Kid Rock have filtered down to the indie-stream: witness Conor Oberst, a.k.a. Bright Eyes (QRO album review), the favorite musician of Seth Cohen from The O.C. (QRO’s Music of The O.C.QRO Review), adopting an accent and going country with the Mystic Valley Band (QRO album review).  So it’s not only welcome, but also necessary that Wilco, the definition of alt-country, is helping remind everyone what the genre is with the bands new, self-titled record.

Fans & critics were both taken aback by Wilco’s previous album, Sky Blue Sky (QRO review), due to its move towards an older mainstream (not to mention the band licensing much of the record for Volkswagen commercials…).  Wilco’s such an established act that they’re close to a lot of people’s hearts, and those fans can turn bloody-minded if a band tries to grow or change.  And the Chicago outfit has made such great records in the past that anything new has to measure up to high standards.  Wilco (The Album) is a pseudo-return to the form of such acclaimed records as Yankee Hotel Foxtrot and A Ghost Is Born, but is more a reestablishing of the form.

Yes, Wilco’s Wilco (The Album) starts off with “Wilco (The Song)”, and once you get past that (more cheeky, really, than cheesy), the alt-country bop & pop of the aforementioned band has returned, and it’s loads of fun.  That kind of up-tempo spirit is one of the keys to Wilco & alt-country: easy to try, but hard to do right.  “You Never Know” in the middle of Wilco keeps it up, with some kids fun that the band does particularly well (witness their excellent contribution to the Spongebob Squarepants Movie soundtrack, “Just a Kid”).  However, back-to-back near the end comes “I’ll Fight” and “Sonny Feeling”.  Both pieces are in a similar vein, but a touch too similar: they almost feel like ‘paint-by-numbers’ Wilco – of course, that is better than most (but should have been separated on the track list).

The sadder side of Wilco shows a bit more variety.  Tops are first-half numbers “One Wing” & “You and I” (the latter featuring guest vocals from Feist – QRO live review): sad & sweet, carrying & evocative, they’re reminiscent of what made you fall in love with Wilco in the first place.  Things get a bit simpler after that with the sway of “Country Disappeared” or the restrained beauty of the following “Solitaire”; finisher “Everlasting Everything” isn’t going to make you forget “Via Chicago”, but Wilco still does this better than near all.

There are a few more stretching tracks early on in Wilco: “Bull Black Nova” has a bit of a nervous press in its keys, while “Deeper Down” is some high-tone Beatles psychedelica that’s not really what Wilco does best.  But the record doesn’t veer quite as high or as low as Sky Blue Sky: there’s no impossibly good “Impossible Germany”, but also no annoyingly bad “Shake It Off”.  And overall, Wilco (The Album) is like Wilco (The Band): the definition of alt-country.