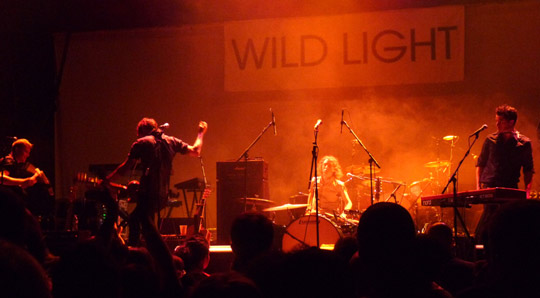 Click here for photos of Wild Light at Highline Ballroom in New York, NY on July 16th, 2009 in the QRO Concert Photo Gallery 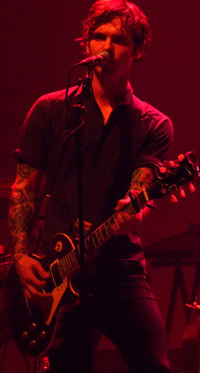 “Can I be honest with you guys?  I’ve had a little too much to drink tonight…  Sorry I’m playing really sloppy – I know you guys know the songs anyway…”  Jordan Alexander, one of the three singer/multi-instrumentalists in New Hampshire’s Wild Light, admitted he wasn’t on the top of his game – but he was still sober enough to joke with a crowd that largely wasn’t familiar with his band.  On tour opening for U.K.’s Doves (QRO photos), the young Wild Light weren’t a perfect fit for the older, expansive Brit-rock, and New York’s Terminal 5 wasn’t a perfect venue, either.  But Wild Light built and built on Thursday, June 4th, in order to deliver.

Click here for photos of Wild Light at Maxwell’s in Hoboken, NJ on April 4th, 2008

The dice were already stacked against Wild Light, right from the get-go (and not just Alexander’s drunkenness, which actually wasn’t that noticeable).  Terminal 5 (QRO venue review) is located in the far west of Midtown, making it difficult to reach – and shows there start exactly on time [note: they also have a tendency to lose your photo pass], so the audience wasn’t that thick when Wild Light took the stage at 8:00 PM, sharp.  The Doves (QRO album review) also get an older (rather bro-like) crowd, aided by Terminal 5 being an expensive venue ($37.00 for a ticket – haven’t they heard that we’re in a recession?!?…), less interested and less familiar with openers.  And despite the name of their debut album, Adult Nights (QRO review), Wild Light definitely appeal to the younger set, considering they have songs about running away from home. 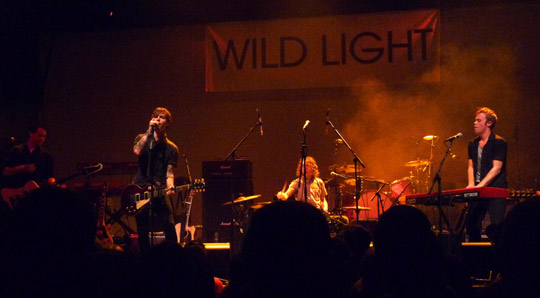 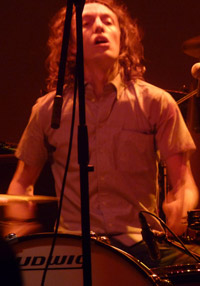 The thin audience made it difficult to Wild Light to shine at the start, and not just from general atmosphere – a full stage floor also muffles some of the excess of sound from a band in the large Terminal 5, leading Wild Light to be a little too loud at their beginning.  And the band didn’t help matters by opening with two of their most heart-on-their-sleeve, near-emo Adult tracks, “Heart Attack” and “Future Towns”.  Thankfully, they began to turn things around with “New Hampshire” (their home state as well), whose emotion was more evocative and compelling, and from there they just got better & better – as the crowd got thicker & thicker.  “Red House” marched forward very well thanks to drummer Seth Kasper (also of Hooray For Earth – QRO live review), while “Surf Generation” picked up the Granite State song’s evocative baton.  And the one-two of “My Father Was a Horse” and “Lawless River” hit their strong, even danceable synths, like on Nights. 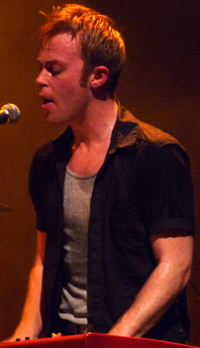 It was after “River” that Alexander made his confession – but not before fellow singer/multi-instrumentalist Seth Pitman asked if there was anybody in the crowd from California, then dedicating the following “California On My Mind” to them.  The hoots from the Sunshine Staters to Pitman was what let even Alexander know the kind of audience they were dealing with: if they’d heard the song, they’d be aware that the refrain to it is “Fuck California!”  There were some snickers in the crowd from those ‘in the know’ at Pitman, and definitely to the proud Californians, but really everyone laughed with Alexander.  And the single is still great, no matter what state you’re from.

Click here for photos of Wild Light at House of Blues in Boston, MA on June 7th, 2009 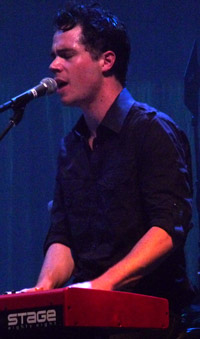 Wild Light ended with “Call Home”, the song that best exemplifies their inexplicably enjoyable and compelling emo attitude – fitting, but the show would have been helped by the inclusion of “Canyon City”, one of Adult Nights’s best tracks.  And perhaps Adult’s “New Year’s Eve” would have been good, too, just since they were playing on the ‘Eve of Doves’.  Wild Light are one of those bands that seem to get booked opening for all sorts of bands – Doves, The Stills (QRO photos of Wild Light opening), Ambulance LTD (QRO photos of Wild Light opening), Tapes ‘n Tapes (QRO album review), The Killers (QRO album review), and, coming up, stellastarr* (QRO spotlight on).  And they first got their big break opening for the one-and-only Arcade Fire (QRO live review, when Wild Light opened), as other singer/multi-instrumentalist Tim Kyle used to play with them (and thankfully is no longer wearing the same bright red shirt he wore in all those previous photo galleries…).  So the band is well honed in opening situations, never an easy task, but one Wild Light lived up to. 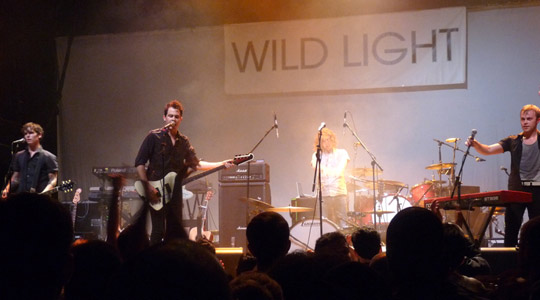