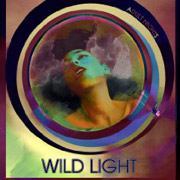 New Hampshire’s Wild Light would seem to be the perfect prey for all the hipster-haters out there: the band is best-known from coming out of nowhere to be invited to open for Arcade Fire (QRO live review) on their 2007 tour, including the big finale at New York’s Randall’s Island (QRO review), and they traffic in emo lyrics about runaway teens and heartbreak on their debut full-length (went directly from unsigned to major label, of course…), this seemingly-misnomered Adult Nights.  Yet somehow, Wild Light makes it all work, after a fashion, employing not just strong anthemistic qualities but an up-march percussion that makes the record feel not like a self-absorbed teen-wallow, but a grander expression.

The sort-of-secret weapon of Wild Light is drummer Seth Kasper (also of Hooray For Earth – QRO live review); while multi-instrumentalists Tim Kyle (who previously played with Arcade Fire, thus the connection), Seth Pitman, and Jordan Alexander trade off guitar, bass, piano, and vocals throughout the record, the march forward provided by Kasper gives Adult Nights an epic quality at its finest points, like opener “California On My Mind” (still the stand out, thanks to its chorus line of “Fuck California”), the slightly more classical “Canyon City”, or the smiling-dark fun of “My Father Was a Horse”.

Click here for photos of Wild Light at Maxwell’s in Hoboken, NY on April 4th, 2008 in the QRO Concert Photo Gallery

Click here for photos of Wild Light at Bowery Ballroom in New York, NY on March 8th, 2008 in the QRO Concert Photo Gallery

The emo aspect of Adult does sometimes come too much to the fore, where the band puts it heart on all over their sleeve, such as on “Surf Generation”, “Heart Attack”, and “Future Towns” (the last two are back-to-back on the track list; more separation would have been better).  The band can also tend towards a highness that isn’t favorable, but then the march-instrumentation comes in like the cavalry to save the day on “The Party (Oh My God!)”, “Lawless River”, and “New Year’s Eve”.

Perhaps no song on Adult Nights so epitomizes the Wild Light paradox as “Call Home”: with total emo-heart lyrics about a teen that ran from a broken home, married to grandeur piano, by rights, it should be cheesy.  But the up-march forward somehow turns it into an anthem that can hook your twenty- (and thirty-) somethings.  Haters may just look upon Wild Light & Adult Nights as their best chance to trash Arcade Fire über-love (at least since hearing from Wayne Coyne of The Flaming Lips – QRO live review…), but the band marches past that, forward on their own path.

MP3 Stream: "California On My Mind"

Obits : I Blame You