Wire is loud art. Really, they always have been.... 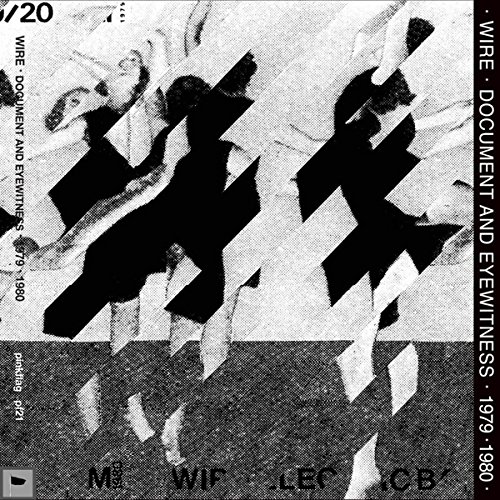 Wire is loud art. Really, they always have been. Colin Newman’s lyrics are exceedingly complex, and the band takes punk and melds it into something more. Wire is not however, for everyone. They are at their core punk, which limits their audience. On the surface Document and Eyewitness is just another compilation, and at that, one that has too many messy live versions. The overall theme of it though is Wire’s social take. Telling titles, like “Ally in Exile”, “Relationship”, “Part of Our History Emerges”, and “Remove For Improvement”.

The songs are basically live versions, with some fragments, and demos thrown in. The best song on it easily is “Midnight Bahnhof Cafe”, the drum take alone makes it worthwhile, and the energy of the music flows into lyrics which paint an unnecessary, but familiar feeling of being single. The second best song to take from it is “Piano Tuner (Keep Strumming Those Fucking Guitars); it’s an old version of “Love Bends” off of Change Becomes Us, which makes sense because in this song, they are literally bending the guitar strings with a furious pace. It’s actually a really good song, though so energetic that maybe it does not translate to speakers well. It’s a punk parade, and it expects everyone to jump on board. “Ally in Exile” is obviously an “I don’t understand” instrumental. ”Our Swimmer” is on here several times, the ‘Second Length’ version is pretty good, and should appeal to most Wire fans. It was released as a single in 1981. “Go Ahead” as well stands out from the fragmented live tracks.

Of the many spoken intro tracks, “Everything’s Going To Be Nice” is just strange; basically it is a clip of Newman talking about a scene where something happens, maybe something violent, or fatal. Again, it’s art, meant to make a point, and not for everyone. “1/2XU Fragment” is easily the strangest; it begins “My request box, and I want to hear…a little number called 1/2XU!” After, there is just Graham Lewis saying, “I don’t need to go to the Arctic, to know it’s cold.” Why the song isn’t included after is a mystery. “Eastern Standard” is actually a pretty good song, but the intro itself is funny. “The Doldrums! Bombay! Australia. I know, I know. This next song is Eastern Standard,” says Colin to the crowd. There is a version of “Heartbeat” on here, an underrated Wire song. It may not be the best song, but as a listener, it’s deliberating pace makes for great atmosphere.

The last things on here are these complete, and utter noise-fests, such as “ZEGK HOQP”, or ”Eels Sang Lino”. There is no way to make sense of why these tracks are on here. It’s just a mess of yelling, and no audible instrumentation. Maybe these tracks are included as some tribute to most die-hard Wire fans, as Change Becomes Us does borrow from this noisy unrestrained style. They are impossible to hear though, and there are too many to make them work as comic relief to the audible songs.

The compilation ends fittingly with “Part of Our History… Emerges”, even though the song is incredibly hard to hear. One would wonder how this compilation album might look after wire’s next album. Overall, it’s just too messy, and you can barely hear half of the songs. It’s got some good songs, and clever points for Wire fans, but not enough to make it a good compilation.