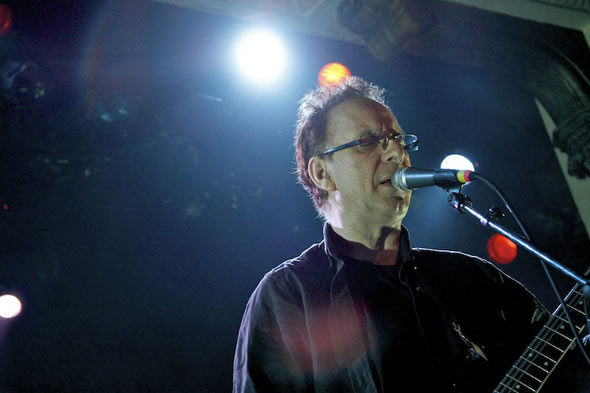 Click here for photos of Wire four days earlier at Music Hall of Williamsburg in Brooklyn, NY in the QRO Concert Photo Gallery 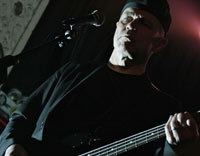 Brevity is the soul of Wire.  Formed 35 years ago in the U.K., the post-punk OGs returned to their pragmatic, let-no-song-meander approach on January’s impressive Red Barked Tree (QRO review).  Their Saturday, April 9th show at the Metro in Chicago featured lockstep rock musicianship and the zoned-in focus of genre-founding veterans as songs mounted to a maximum of tension and ceased suddenly with grinding, full-band halts.  More to the point, it was fast, loud, and it rocked rather hard. 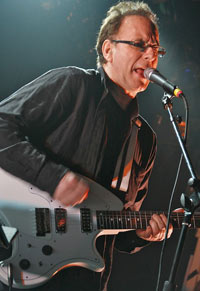 Bassist/vocalist Graham Lewis donned a glengarry bonnet and looked as if he could have handled bagpipes just as well as he plucked out taut and thundering torrents of low end.  Primary singer, songwriter and guitarist Colin Newman stood stoic behind his spectacles, still and straightforward compared to the confrontational spasms he often affected in Wire’s ‘70s and ‘80s days, though he sometimes did a little dance where he lowered his head, raised his hands and snapped his fingers, hips a-sway.  Newman strummed without fail at practical, minimal chords, but his oblique, sometimes humorous and generally great lyrics suffered a loss from the outset at the hands of the Metro mix.  One could still pick up his thick English accent, though, and the inscrutability was almost no matter; on most of their songs, Wire moves like one tall wave of rhythm whose dynamic move is not to rise and fall and then rise again, but to roll along, building and cresting, before crashing at once, leaving no remainder.  Living up to its name, Wire coils its music as tightly as possible before doing the natural thing with it, which is to let it break and come to an abrupt end. 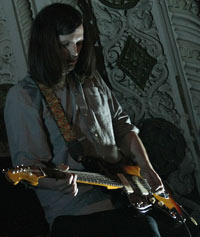 The super-precise drumming of Robert Grey (formerly Gotobed) serves its purpose and makes no pomp about it – no frills, no flash.  His forearms are as ripped and tight as his rhythms, and he spent most of the night tapping incessantly at the hi-hat, eyes closed in concentration, never missing the snare.  Grey counted off nearly every one of Wire’s songs throughout the 90-minute set as the other three members turned to him for the cue.

New material from Red Barked Tree dominated the set list.  “Please Take” sounded oddly like The Police if Sting ever sang, “Fuck off out of my face.”  The playful words on “Bad Worn Thing” were fortunately audible, its startling “Jam sandwich” opening line not lost in the shuffle.  Wire’s stab at dream pop, “Adapt”, stood out as a gauzy highlight, improving upon the recorded take.  The swaggering “Moreover” got many people swinging their limbs about.  Wire’s touring guitarist, Matthew Simms of It Hugs Back, proved proficient with his effects pedals, and the chorused guitars on the few languid numbers of the night recalled the classic chiffon tones of 4AD, which released It Hugs Back’s most recent album. 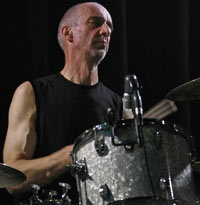 Though the band thanked the crowded house several times after set closer “Red Barked Trees” and the two encores, there was zero banter aside from when a fan yelled “1-2-X-U!” from the balcony.  It was a pretty good rendition of Newman’s count-off scream on that song, an ageless Pink Flag cut famously covered by Minor Threat.  “It’s a ways away,” Colin Newman replied, smiling, and Graham Lewis asked, “When will the offer get bigger?” while tuning his bass before the band rocketed off into 154 favorite “Map Ref. 41°N 93°W” (famously covered by My Bloody Valentine).  Wire never did play “1 2 X U” that night.  Sure, it would have been nice to hear it along with, say, “Outdoor Miner” and maybe even Wire’s highest-charting U.S. single, “Eardrum Buzz” (#2 in 1989!), but 35 years into the game, when your new stuff is so strong, why overdo it pulling from the past? 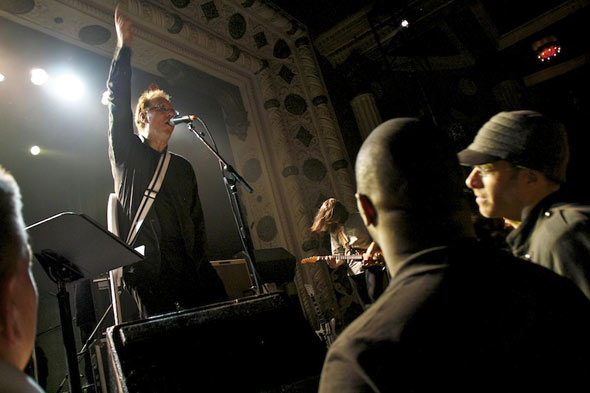 The Pains of Being Pure at Heart : Belong