<img src="http://www.qromag.com/wp-content/uploads/2011/12/withlionsnov11.jpg" alt="With Lions : Live" />Christian Celeya of Benzos and Woody Ranere of Lake Trout had one of their first live shows as their new With Lions.... 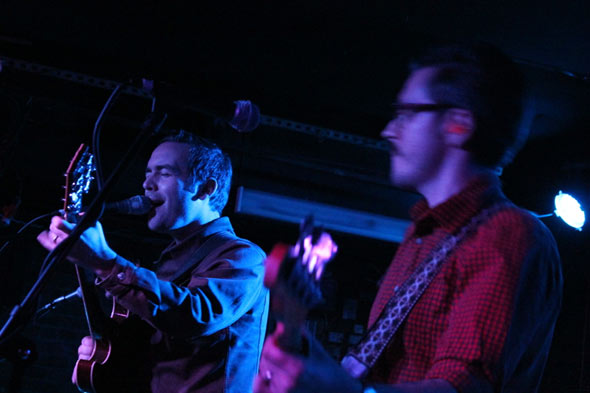 Click here for photos of With Lions at (le) Poisson Rouge in New York, NY on June 15th, 2012 in the QRO Concert Photo Gallery

In 2007 Christian Celeya of Benzos and Woody Ranere of Lake Trout decided to start a new project together called With Lions.  Up until now, With Lions’ output has been music mostly for television and similar programming, not albums or songs in the traditional band paradigm as they had with their prior bands.  Touch The Sound marks their first release as a band.  And other than a recent night for CMJ (QRO recap), November 11th at New York’s Mercury Lounge (QRO venue review) marked their first show as stage performers and EP release. 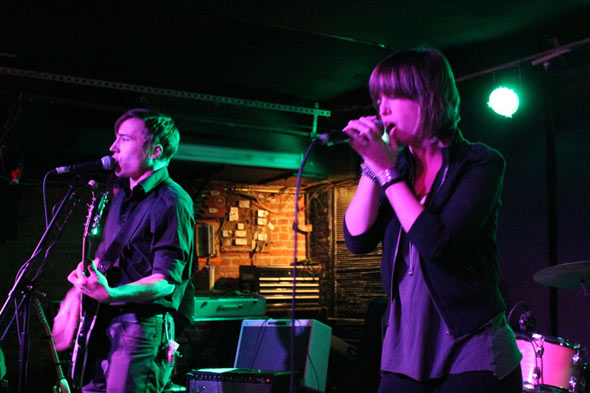 Click here for photos of Hurrah! A Bolt of Light! from this show in the QRO Concert Photo Gallery

The opening act, Hurrah! A Bolt of Light! electrified the start of the night.  Their music sounded something like Joe Cocker or Bruce Springsteen & The Easy Street Band (QRO live review), very charged and exciting.  It’d be difficult 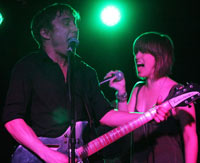 to stand motionless during one of their sets unless you are in a body cast.  The singer has the wide-eyed intense glare of PIL’s John Lydon (QRO live review – and if you said Hurrah’s frontman was his son, I’d believe you), an intense stare and focus similar to Ian Curtis.  Watching him and his female co-singer was like watching Johnny Cash and June Carter having as much fun entertaining themselves as their audience.  The crowd was not shy to embrace the spirit of excitement either. 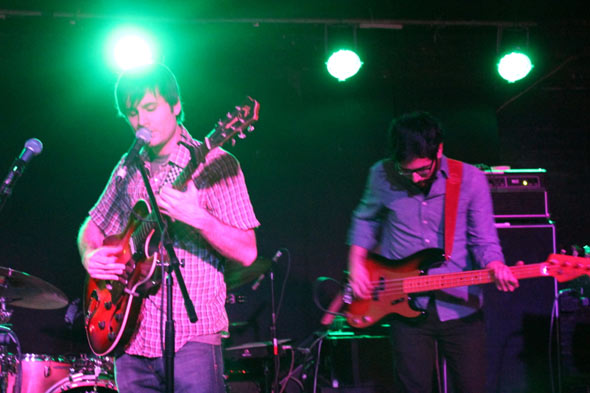 Next, Happy People changed the vibe of the evening.  They slowed the pace down a bit with less dance ignition and more a reflective sound, igniting 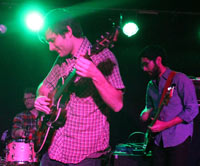 thoughts of early Pink Floyd, had Jeff Buckley been the frontman.  The singer sounded reminiscent of another band, to the point where one might have thought it was a side project of Tim Smith of Midlake (QRO album review).  There was a lot of interaction between them and the crowd, though it is uncertain whether these were just friends in attendance or fans familiar.  Either way, the crowd was loyal. 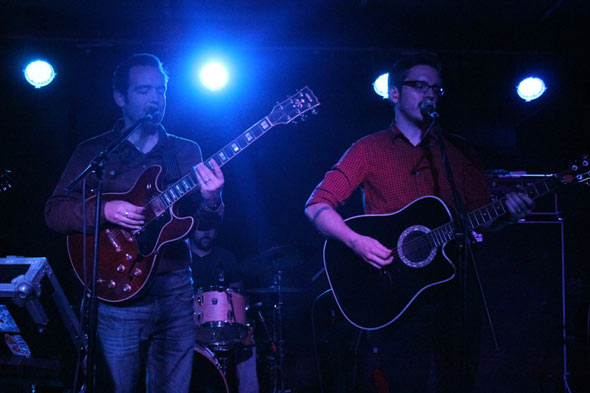 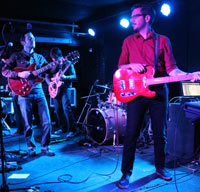 With Lions take the stage to end the night.  Christian and Woody were accompanied by four players to fill out their live show, with two of the members from Happy People, including the singer.  HP’s singer is not Michael Ortega from the original Benzos line-up, as you might assume, but his brother, Stephen.  He not only filled in with backing vocals, but also sang lead on a few tracks.

Hearing Celeya and Ranere played and sang together, and one was immediately struck by how complimentary they are with similar voices.  Four years ago one easily could see how their voices would, but to finally hear them coalesce sates expectations.  Anyone familiar with Benzos and Lake 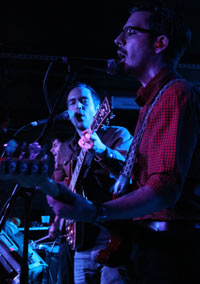 Trout should be more than pleased with the new material.  The foundations of those previous bands exist, but has definitely become something new and their own.

All five tracks from Touch the Sound EP were performed, including some new cuts, which are scheduled for the follow up EP, including standout “You”.  The Rolling Stones’ “Street Fighting Man” was the one and only cover, which was also done by Lake Trout.  With Lions’ version sounds like if The Velvet Underground covered it via the early Nico era.

The only disappointment of the night was the lack of a projection show.  From band blog posts, it seemed that projected visuals would be accompany the performance, but Mercury Lounge wasn’t setup to take advantage of such accompaniment.  One looks forward to the (le) Poisson Rouge (QRO venue review) show scheduled for early next year when video will be included.  The absence of such wasn’t a blemish on the performance; it’d merely be interesting in experiencing the sight with the sound.  Next live fix of With Lions can’t come soon enough.