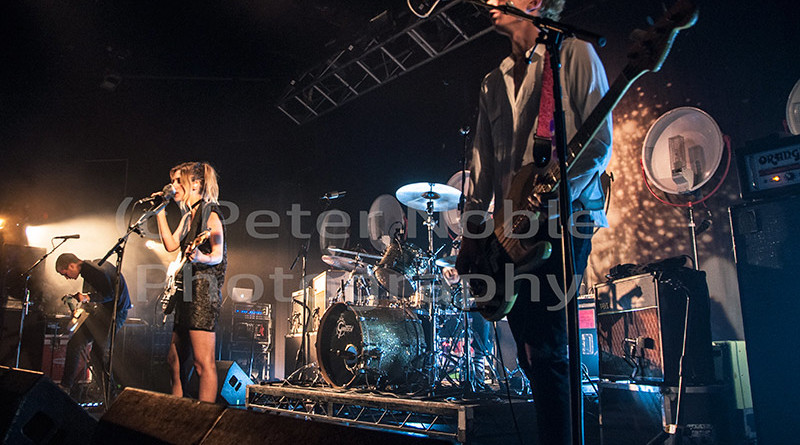 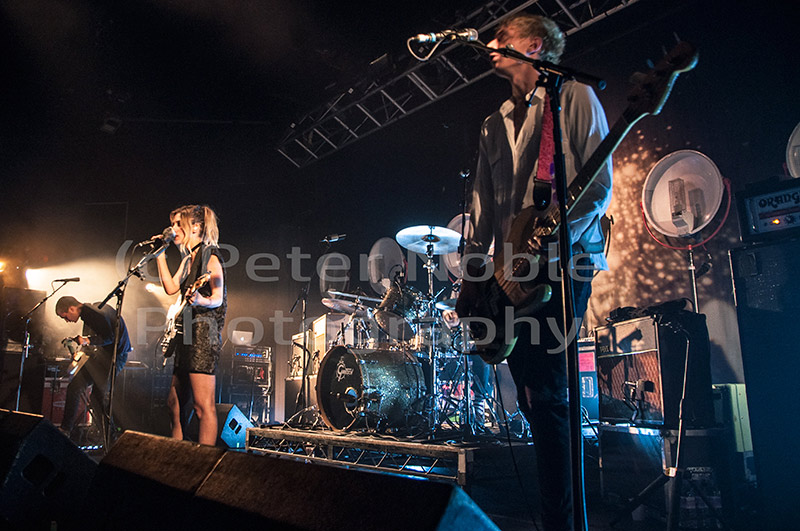 Click here for photos of Wolf Alice at Warsaw in Brooklyn, NY on October 2nd, 2015 in the QRO Concert Photo Gallery

Click here for photos of Wolf Alice at 2015 Glastonbury Festival in Glastonbury, U.K. in the QRO Concert Photo Gallery

Click here for photos of Wolf Alice at O2 Academy in Sheffield, U.K. on February 11th, 2014 in the QRO Concert Photo Gallery

Click here for photos of Wolf Alice at 2013 Beacons Festival in Skipton, U.K. in the QRO Concert Photo Gallery

Click here for photos of Wolf Alice at 2013 Live at Leeds in Leeds, U.K. in the QRO Concert Photo Gallery

A band from North London who have caught something of a wave since releasing their debut album My Love Is Cool, Wolf Alice are playing all the major European Festivals and now heading out on their own headline shows across Europe and North America. Wednesday, September 16th at O2 Academy in Bristol was kicking off the U.K. tour. A great launch with students back at University and freshers looking to discover what the city of Bristol had to offer, the venue was sold out with the twenty-something’s looking to carry on the party.

Wolf Alice entered the stage to a rowdy welcome with a stage with flanked by what could only be described as seven large flashbulb lamps. Lead singer and guitarist Ellie Rowsell in torn tights and Dr Martens took to the front, with Joff Oddie guitarist/keyboards on one side and the tall thin frame of peroxide blond headed Theo Ellis on the other decked out in some glitter and wielding his bass guitar.

You would normally say that all that was left was the drummer, which came in the form of Joel Amey, but for live shows the band also had a couple of backing singers for some of the night’s tracks, which only further added to the wall of sound and also adding a certain amount of ‘class’, which, normally comes along with well established bands who have just released their third and more commercial album, recorded in Paris along with a full orchestra.

A steady start to the evening saw the band ease into proceedings with the packed venue already conquered. Straight from the beginning it was clear that this was a band that had a quiet confidence that they were going to deliver. Throughout there was professionalism as track after track was delivered flawlessly with the perfect tones from Roswell. 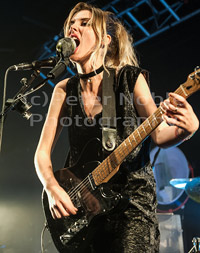 Third song in and the band launched into the now well-known and catchy single “Bros”, which had managed to gain regular radio airplay on the major stations ensuring the crowd sang along to every word. The backdrop was kept simple with twinkling fairy lights and beyond this a backdrop of the album cover.

“Lisbon” was kicking with the crammed audience holding arms aloft clapping in time before moments of frenzy with pogoing and moshing across the floor of the dark venue. Next up saw the debut of “Silk”, which the band confirmed they had not played live before. The band were elegantly silhouetted by white back lights causing shadows across the stage and a chorus which gave clear evidence of grunge influences ensuring the crowd were stomping along.

Oddie asked the audience, “Are you ready for a sing along?” The stage was drenched in electric blue lights as the band and drummer Amey taking on the vocals delivered the beautiful and mellow “Swallowtail”. A further charming moment as down on the floor the crowd parted to clear a circle in the centre of the throng only to witness a couple arm in arm dancing in the space, but as the song reached its conclusion as they embraced the wave of the mosh pit washed in again swallowing them up. 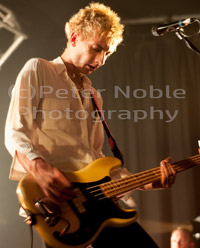 Debut single from 2013 “Fluffy” was anything but ‘fluffy’ and cute, as the speed and the energy ignited the room with Rowsell on her knees thrashing her guitar and in front of her literally the whole room pogoed up and down in time. During the slight lulls in the track the circle would appear in the middle as the audience retreated and then as ‘fluffy’ built up again the circle had arms held in front with an increasing “WHHOOOOOAAAAHHHH! and then jumping and leaping in to close circle. Rowsell stretched her vocal range and screams angst ridden into her mic. Finale brings a yell of “BRISSSTOOLLL” from Theo Ellis and in response a “Love you!” from a member of the crowd.

The single “You’re a Germ” is one big chant with band and crowd in one shouting out the lyrics “One! Two! Three! Four! Five! Six! Seven! You ain’t going to heaven”. It’s punk in it’s vibe, simple angry chopping guitars and an opportunity to release some energy with burning orange lights interrupted by some strobe lighting increasing the frenzy on and off stage. At its end it brought the loudest cheer of the night yet.

The set ended with a “Thanks Bristol for starting our tour” and they finish with “Moaning Lisa Smile” before leaving the stage scattered with their instruments and the ringing of distortion. 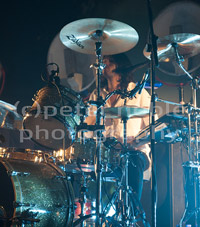 Chants of “Wolf Alice” echoed around the room and they duly obliged returning with the haunting “Turn to Dust” and “Blush”, the latter from the band’s 2013 EP. Both tracks captivating those present and the moving lyrics of “Blush”, which asked the question, “Are you are happy now?” This was sung back to the band as a girl from the audience took to her friend’s shoulders. As the lights dimmed there was thanks again from the bassist, who thanked Bristol for being “amazing.”

Then finally into “Giant Peach” a song that could have been a Blondie track, but with some heavy metal riffs. Rowsell and Ellis then entertained with some dance moves that once belonged to old time guitarists ‘The Shadows’, amongst the dazzling white strobe lighting, before Ellis flung himself into the crowd. Finally the wolf pack left the stage to rapturous applause to further hunt down further success.

Set list
My Love Is Cool
Your Love’s Whore 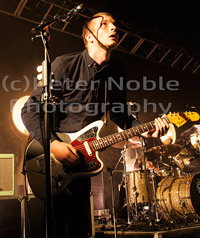