Wolf Alice – Visions of a Life

Wolf Alice have thankfully not taken forever on their follow-up, the diverse 'Visions of a Life'.... 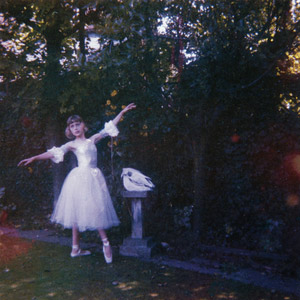 Photos of Wolf Alice at Warsaw in Brooklyn, NY on October 2nd, 2015

Photos of Wolf Alice at 2015 Glastonbury Festival in Glastonbury, U.K.

Photos of Wolf Alice at 2013 Beacons Festival in Skipton, U.K.

North London’s Wolf Alice started turning heads a few years ago with buzzed about debut My Love Is Cool. They’ve thankfully not taken forever on their follow-up, the diverse Visions of a Life.

A lot of great styles, done pretty well, are present on Visions. There’s the expanding, fuzzy rock of opener “Heavenwar”, but more aggressive cry in the following single “Yuk Foo”. Sly electronica comes from “Don’t Delete the Kisses”, but darker ‘tronics on “Sky Musings”. “Sadboy” manages to be both bright and, indeed, sad. There are quiet pieces and loud ones, coolness on “Formidable Cool”, but embracing the freak flag friend on “Beautifully Unconventional”.

Being so varied, Visions of a Life is rather all-over-the-place, and naturally some styles are better than others. But it gives renewed life to that shortest-lived of creatures, a British buzz band.