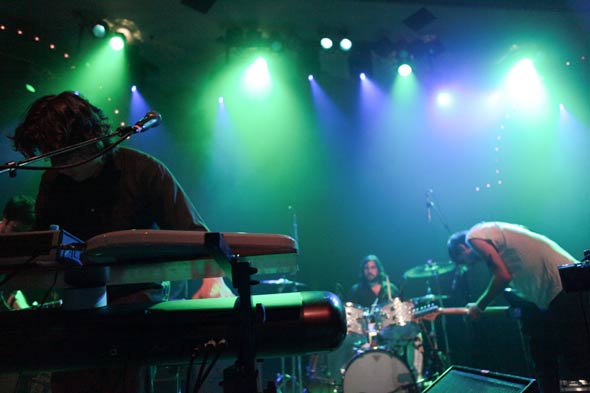 Late on a Tuesday night in downtown Portland, Wolf Parade readies to play a sold out show at the Crystal Ballroom.  Having not traveled through Portland since July of 2008, their fans were eager to see the familiar faces of one of their favorite bands once again, on July 27th of 2010.

Click here for QRO’s review Wolf Parade on their last tour, at Terminal 5 in New York, NY on August 1st, 2008

The band pulled songs for the set from each of their albums and even one of their EPs.  A large part of the songs being from their newest 2010 album, Expo 86 (QRO review), but Wolf Parade also threw in a couple of new songs for the audience.  It might be tough to tell from listening to their music, but Wolf Paraders like to get into the band’s music in a big way.  The audience consisted of a big mash of humans.  It was one of those shows where everybody pushes to the front 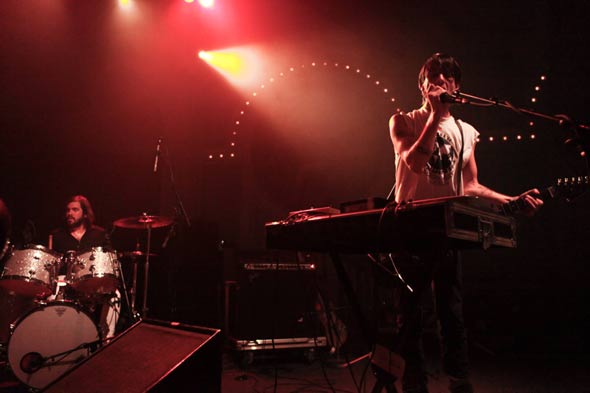 to create an amorphous blob of people if you will.  That being said, it did add to the energy and atmosphere of the show, which made the music sound all the better.

After a few technical difficulties involving Spencer Krug’s keyboard, the guys cranked out one hell of a show.  The night ended with their song “Kissing the Beehive” off of At Mount Zoomer (QRO review) and left fans yearning for more.  After this lively and intense show in the indie music Mecca that is Portland, it is clear that the hype around Wolf Parade is still parading strongly with no signs of slowing.