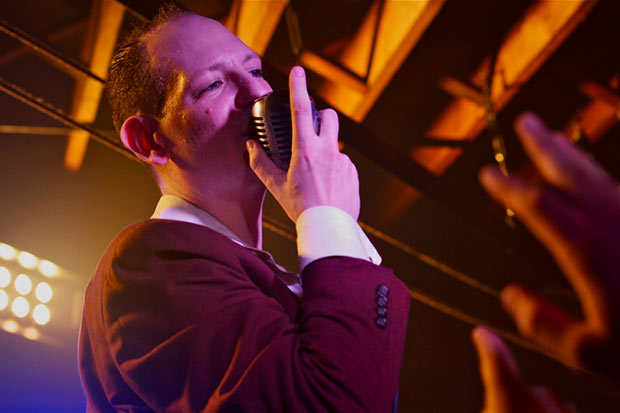 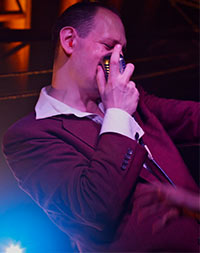 with the ample vigor and the distinguished grace which it has honed in its sixteen year existence.

The partially scattered crowd rushed to the stage as the curtains parted to reveal the World/Inferno Friendship Society as they broke into the time-tested set opener “Tattoo’s Fade”.  Frontman and mainstay Jack Terricloth provided extra percussive detail prior to leading into the opening lyrical verses.  As the music climaxed the crowd into a tumult, the audience and performers collectively projected the song’s refrain.

The unlikely and somewhat surprising venue of Ollie’s Point in Amityville, New York, nestled on the south shore of a sleepy Long Island town, hosted the show.  The environment of this particular venue permitted the band’s cult-like following, known to some as ‘Infernites,’ the accessibility the group commands and the audience expects.  The intimate setting of the venue allowed for the staple features of the experience that encapsulates a World/Inferno set:  Stage-diving, crowd surfing, while still providing adequate room to waltz. 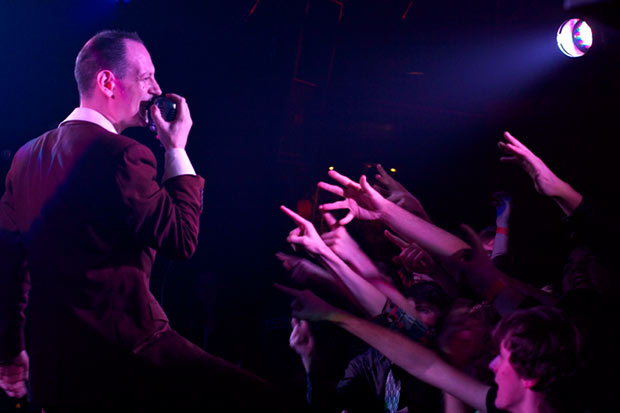 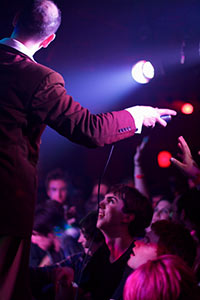 Punctuating the set with his characteristic musings, Jack Terricloth touched on such topics as the tour passing, but not stopping at, his home base in Brooklyn with a slightly feigned sense of melancholy.  Later, when referencing a pre-show stop at an eatery in Rockville Centre, Jack likened the atmosphere to his self-imposed stigma laden home state of New Jersey and the disquieting reminiscence of living under high-tension power lines.

After performing songs that ranged their entire catalogue, and spotlighting tracks from their latest release, the World/Inferno Friendship Society ended their set and left the stage.  The short stint off-stage enticed the audience to raucously summon the band’s return for an encore.  After retaking the stage, Jack Terricloth jocularly quipped about being a mere four feet away.  Wrapping up their set with a track off of Just The Best Party, the group tore into a lively version of “Zen and the Art of Breaking Everything In This Room”.

The performance concluded with Jack Terricloth and the World/Inferno Friendship Society inviting the audience to the final show of the tour as it prepared to conclude the following evening. 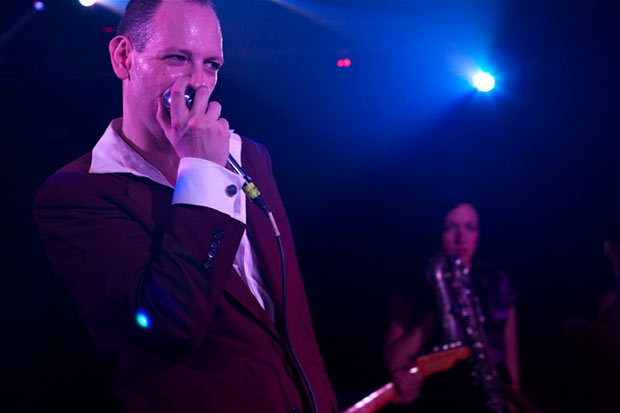 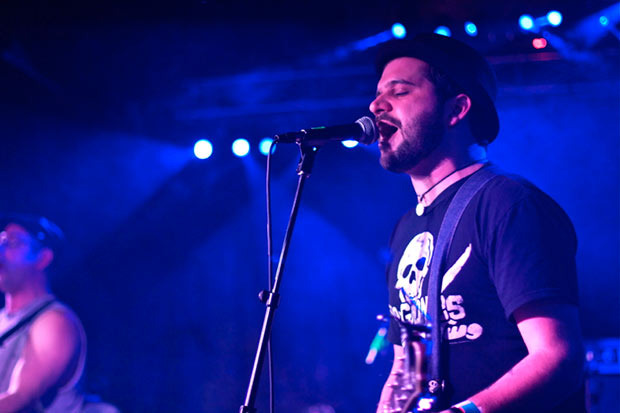 Preceding the World/Inferno Friendship Society’s set, Philadelphia-based group, and compatriots Mischief Brew, directly supported the headliners.  Acting as a three-piece for the night, due to bass player Shawn St. Clair’s personal, though temporary, leave, the band touted the set as something of a “band practice.”  Though unexpectedly foraying into performing one member shy, Mischief Brew plowed through their set while ramping up an already energetic and anticipating crowd. 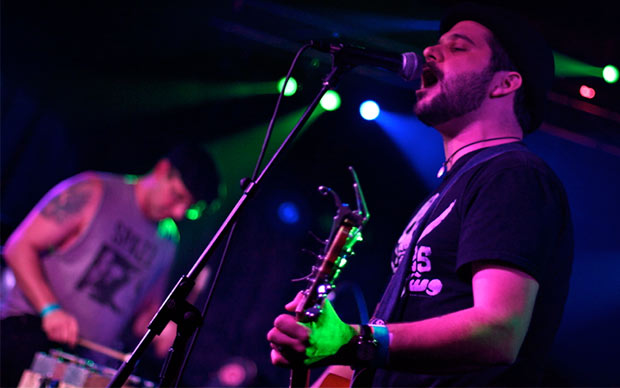