All of X’s attributes and strengths were displayed in Atlanta at Terminal West.... 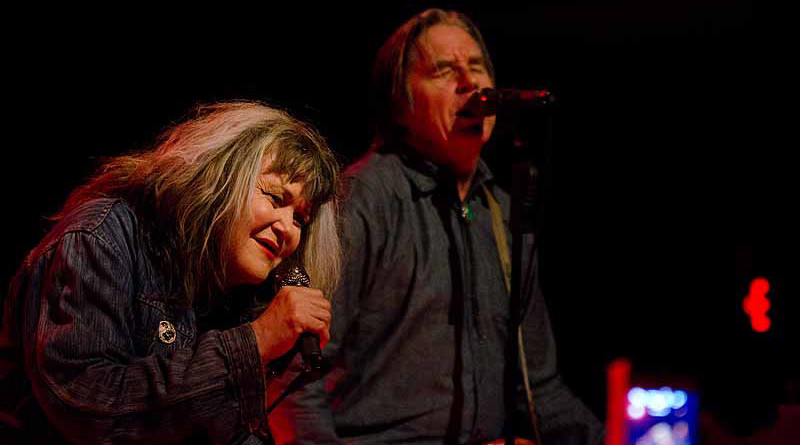 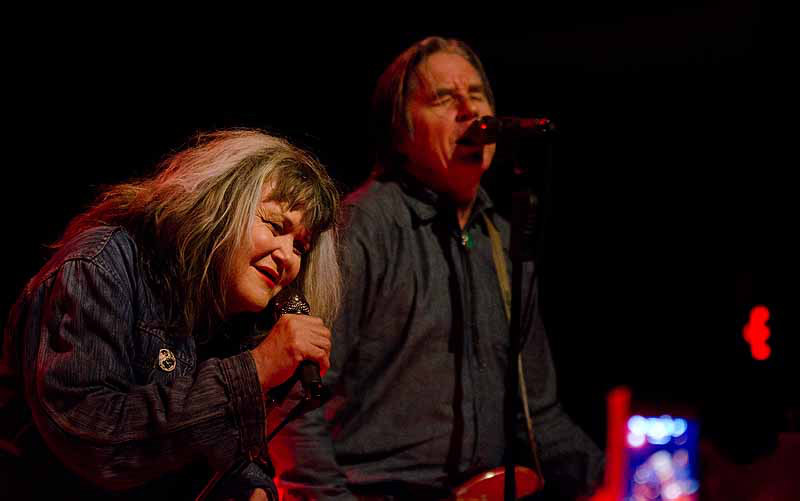 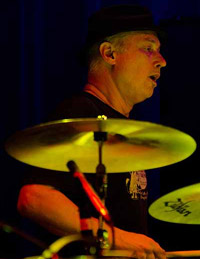 All of X’s attributes and strengths were displayed in Atlanta at Terminal West on Wednesday, September 9th. Their sound consisted of fun, energetic, strong vocals harmonized perfectly over Ramones style riffs, bass lines and loud drums. But they were no rip-off or copy artists. X’s punk style was interspersed with old country-western and rockabilly influences to create a unique sound. 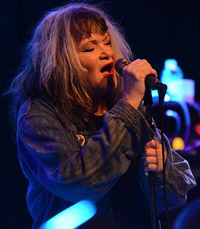 Singer Exene Cervenka oozed personality and charm, swinging and bouncing her head, arms, fists and chest to the music. She and John Doe switched off singing on the choruses. Their offbeat harmonies were spot on and inspirational. Doe’s bass playing was actively melodic as he swung around his perennially stringy hair. Drummer DJ Bonebrake kept the tempo changes well in check with his strong beats. Cervenka talked to the audience members between songs without her mic, and after being given a drink by one spectator, Doe and Cervenka told a comedic story about her being told to drink a lot of white liquor during the show. Doe also addressed the audience between songs. 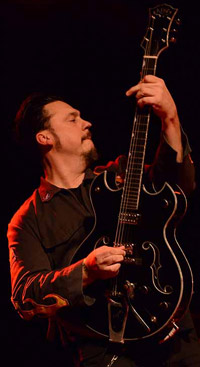 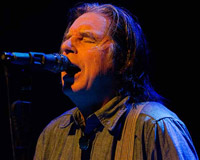 X’s guitarist Billy Zoom was in L.A. for treatment of a health issue. The substitute guitarist, Decatur’s Jesse Dayton, played excellently on their gritty version of The Doors’ “L.A. Woman” (QRO photos of X with The Doors’s Ray Manzarek).  In the middle of the song “Hungry Wolf” there was a drum solo. “Breathless” and “Los Angeles” appeared in the middle of the set. 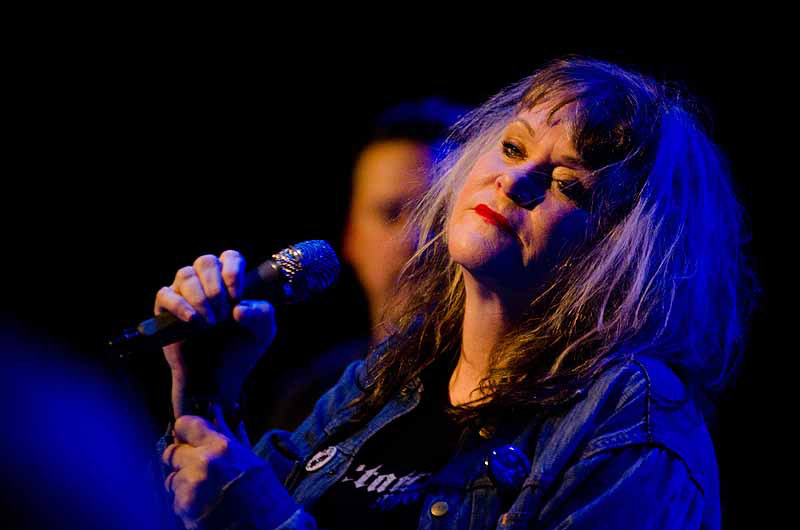