Xiu Xiu have grown steadily and even though their LPs have been a mixed bag of sound quality and style, and if they had not done this before it... 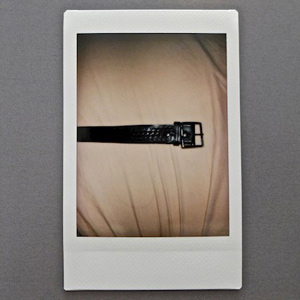 Xiu Xiu have grown steadily and even though their LPs have been a mixed bag of sound quality and style, and if they had not done this before it would come as some surprise that they would release a two-single-cover effort. One which is not only is with another musician, the relatively, or completely to pop-culture, unknown (r), but also somewhat distant from their sounds of the past in almost any sense, especially ZZ Top songs.

The first track on Xiu Xiu/(r), “Sharp Dressed Man” is clearly enough a ZZ Top cover of sorts, but it is completely disorienting coming from their previous material. Further, while it is rather effective both in the quality of the instruments playing and the intensity of the singing, it is also just a tiny bit mundane for them, where their growth as mentioned is always stylistically enormous.

On “Gimme All Your Lovin’”, another ironic ZZ Top cover by (r), there is a slightly loop based and intimate familiarity, but not the growth one expects with a cover, or with a collaboration for that matter.

So, at a short, two tracks, the music is still fine, and you could do worse with something to chill to, but Xiu Xiu/(r) is as cheap a thrill as the tracklist is short.

Xiu Xiu originally covered “Sharp Dressed Man” for the AV Club’s Undercoverseries, which you can watch her:

Sharon Van Etten – (it was) because i was in love